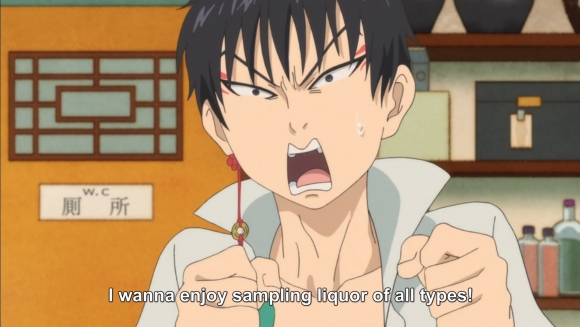 All good great drinkers go to heaven, whether it’s by merit or liver failure or by merit of liver failure. And to prove drinking itself is not a sin, I'll cite Hakutaku: a holistic healer and herbal pharmacist currently livin' it up in Togenkyo at the Sentou Farm in the heaven created by Hozuki no Reitetsu. Far from a lightweight, though far less than a heavyweight, he's a seasoned contender with his heart liver in the right place. 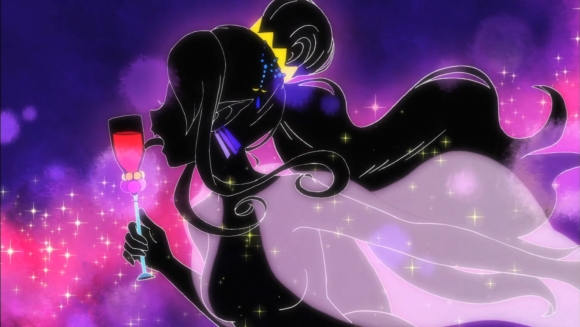 How fitting that a sultry sax backing the interplay of an intimate celestial lightshow featuring the indulgent sounds of an amorous rendezvous serves as Hakutaku’s introduction. This party animal, literally a fantastic beast of Chinese (and Japanese) legend, is heard head-over-heels in debauchery at the very beginning of “The Ultimate Example of Ruin Through Wine and Women.” There’s talk of drink, flirtatious tones, begging for more drink, coy giggling, and declarations of intent to drink more! But for wild nights, there are even more wild consequences.

Hakutaku has a habit, during his drinking binges, of mixing all kinds of alcohol with Chinese rice wine. This kitchen sink aapproach to consumption is never without night-of and morning-after consequences. Luckily the more immediate ramifications from intoxication are enjoyed and, depending on personal tolerance levels, ultimately forgotten—the fleeting courtship with vise-induced frivolity called partying. The morning after, however… 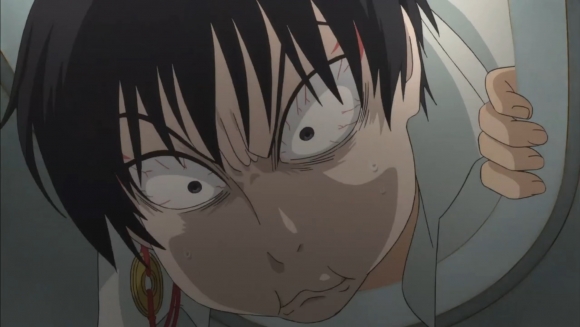 Bowing to the porcelain god is common practice for those committed to the customs of the cocktail clergy. Penance is offered by bowl and oath, both usually in repetition. It’s via such repentance that morning’s vale becomes a bit thinner and hints of the previous night’s transgressions become visible—like, in Hakutaku’s case, inadvertently hiring the infamous Daiji as his courtesan. While there’s no quick cure for her bill, there’s at least a well-known cure for the more physical ailments of his hangover.

I’m not talkin’ about Hakutaku’s preferred order of orento, I’m talkin’ hair of the dog. If it’s one thing great drinkers know how to do despite circumstance, it’s how to soldier on. So when Hakutaku gets teased about being a lesser drinker than his sworn rival, Hozuki, Hakutaku swears to go to mortal hell for bottle or few of cure (despite Toro Wine Falls, a literal waterfall of top-quality sake, being around the corner from his house). Thus Hakutaku keeps drinking and never learns his lesson.  Hey, wait. What do I mean by lesson?! This is sacred ritual. The drinker’s duty! A soldier’s pride. The drunken otaku salute you, Hakutaku! After all, “A good liver is hardly worth bragging about.” 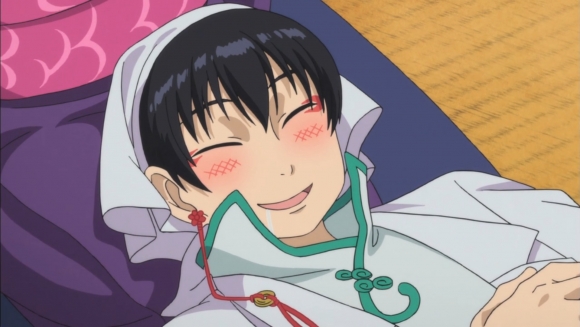 Hozuki no Reitetsu is currently streaming on Crunchyroll.