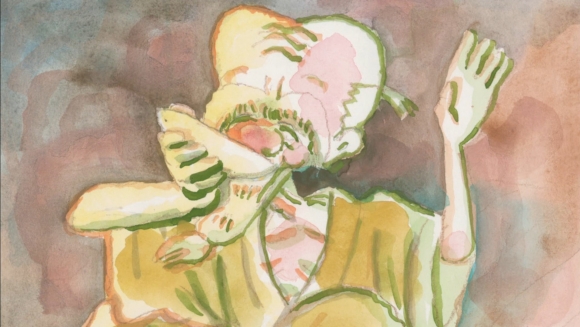 Name: Takumi of Hida
Series: Folktales from JapanEpisode: 129 (The Box that Doesn’t Open)
Usual: Sake
Favorite Dive: His work tent
Type of Drunk: The Prestidigitator, The Vagrant, The Idiot Savant

A small, shrine-less village in-between two mountains wants to build a shrine, but no-one who lives there is capable of doing so. Rumors of a master craftsman, one who builds houses that never fall over no matter the storm’s strength, circulate among the proffered suggestions as to whom the village should contract. Thus the village headmaster leaves to retain the services of this famous architect, this Takumi of Hida. The villagers’ collective faith waivers, however, when the headmaster brings back a staggering, flush-faced, dancing drunkard. 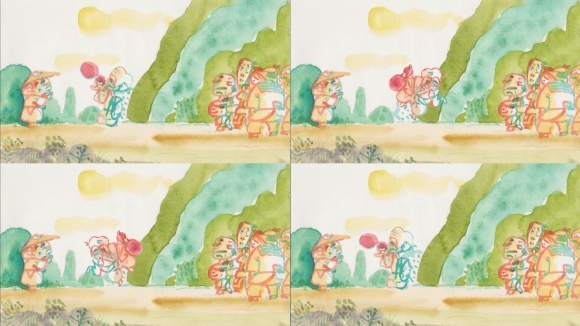 Swearing off any offer for outside help and secluding himself beneath a gigantic work tent, Takumi gets to work after a brief rest from his journey and welcome feast prepared by the villagers. He starts by whittling dozens of little dolls from wood, who then end up doing all the shrine building for him as he snores through a series of sake-induced sleeps that last all atrocious Asuka- or heinous Heian-era workday long. The shrine gets completed in no time at all, the villagers celebrate, and Takumi of Hida wonders off — either back home or to the next village that will keep the sake flowing. 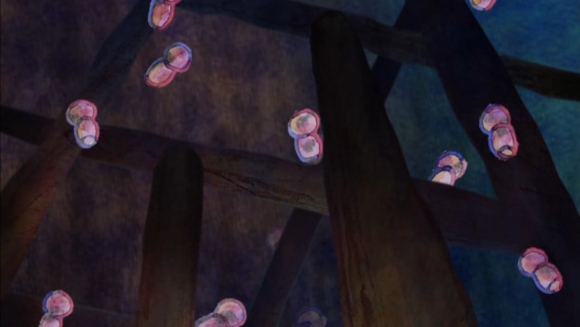 To those without any skill regarding architecture or woodworking, any inkling of competency can appear divine. So Takumi of Hida hides behind a tent whilst dolls imbued with the essence of the god in the wood from which they were carved do all the work, his efforts thus serving as a rabbit pulled by its ears out of an empty top hat, an eternal chain of handkerchiefs drawn from a 35 inch sleeve, a … you get the idea. The end effect is real, but the in-between is unseen. Therefore the shrine’s construction and strength are revered not just because of their timelessness but for the mystery inherent in the process behind its actualization. After all, Takumi of Hida is but a man for all his notoriety. How should he be capable of such marvels? 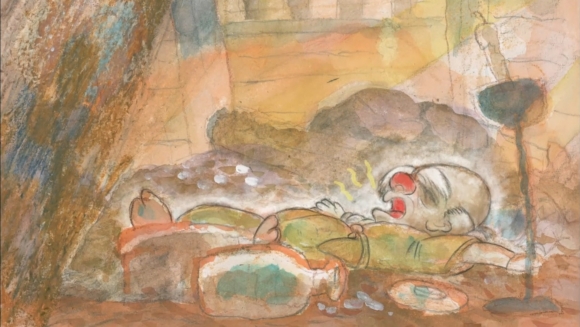 To comprehend “Takumi of Hida,” it must be first understood that the drunkard portrayed in this episode is a personification of a group of master woodworkers/builders/carpenters. The Hida region of Gifu Prefecture was originally a region poor in most resources but abundant with trees, its citizens—woodworkers, carpenters, and builders by trade—were regularly sent into the capital to offer their services. The skill for which they became known earned the laborers the collective title as “Hida no Takumi”1 or Hida’s Master Builders2. Due to demand, Hida’s talented masters were constantly on the move. Thus the rendering of one of the Hida no Takumi as a lush makes Takumi of Hida’s wanderings pure vagrancy.

Supposing God made man in his own image, let us consider this great drinker, Takumi of Hida, a reflection of said God. In so doing, we acknowledge that the entity known as God did not create the universe alone or firstly. Instead, this wanderer first molded helpers to manifest abstracts concocted from seeming omniscience. In this, God is both prestidigitator and savant to those created and, honestly, a little more realistic (read: human) for this delegation of effort and skill. So what’s wrong with knocking back a few and falling asleep with your head on a sake jug and a saucer at your feet, while trusted employees manipulated by divine essence carry out your bidding? As long as the shrine stands, nothing … nothing at all. Kanpai! 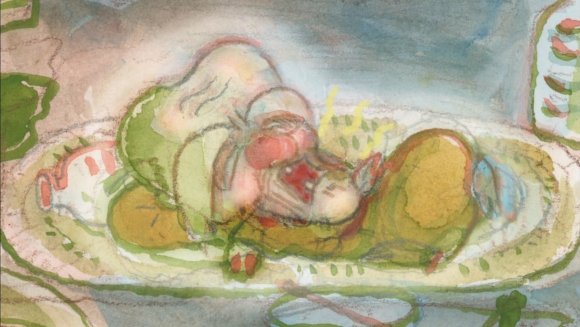 Folktales from Japan is currently streaming on Crunchyroll.