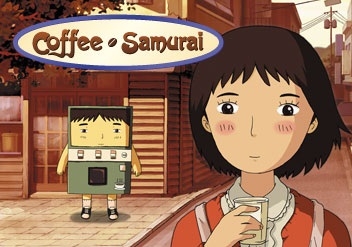 Poor decisions and the stories that stem therefrom are what drinking is all about. Lights at the bar dim to perfect everyone’s good side. Usually dismiss-able banter dissolves into a river of slurred epiphanies or overenthusiastic confessions. Drink after drink slowly corrodes neurons dedicated to personal standards via abject desperation. Beer goggles, my friends, are author’s eyes, and sometimes (just sometimes) their effects aren’t illusionary as much as they are precursor, foreshadowing. Take, for instance, part-time snack bar worker Hae-Mi and her drunken one-night stand with reincarnated samurai turned vending machine Jin Youn-Young.

Sword master Jin Youn-Young, back in his day, wished for a body of steel as to be able to withstand the onslaughts brought by his numerous sword-wielding opponents. Many many years after his death, Jin is eventually reincarnated as a coffee vending machine. Why can’t the universe understand metaphorical implorations? 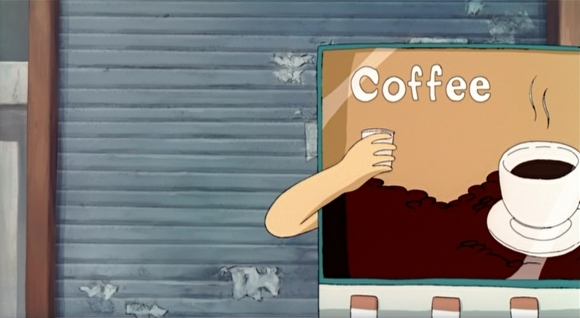 Life’s not all stationary Dixie® Cup coffee delivery for Jin through. He can sprout (badly animated) limbs at will, granting him limitless mobility once he shakes free his power cord. Jin can even transform into a human at will. He cannot do so for long, however, and reverts into his boxy form early if surprised/overcome by human emotions. Irony much?

During one of Jin’s outings, he, after unexpectedly over-extending his human presence, reverts into a mobile coffee dispensary. It is in this form that Jin is almost discovered by Hae-Mi. To prevent his secret’s disclosure, Jin stops in his tracks and reverts to his self-service form. But does that stop an overly amorous drunk chick? Of course not. 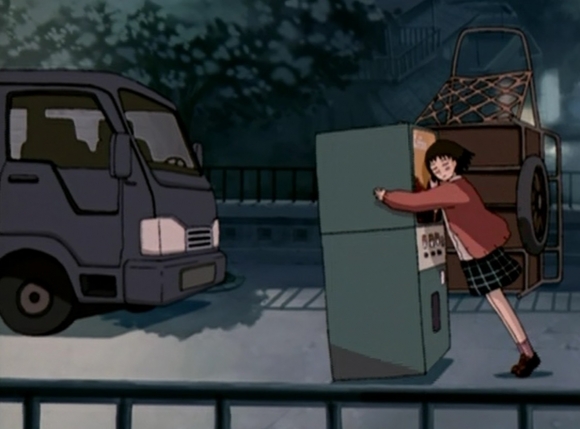 Hae-Mi, who admits to getting emotional (overly empathetic) and projecting loneliness onto every inanimate thing she sees while drunk, stumbles home in a stupor and literally bumps into a coffee vending machine that’s been seemingly abandoned in the middle of the road. It’s so lonely. It deserves a hug. It deserves companionship. It deserves … a bed?

Surely stranger relationships have been formed sober, but beer goggles, being what they are, weigh perception above circumstance. Hae-Mi, adopting superhuman (or at least above average) strength from the drink, manages to haul Jin’s boxy body all the way back to her apartment and into her boudoir. She washes up and gets ready, but Hae-Mi ultimately passes out after her initial throttle of Jin’s bulk. 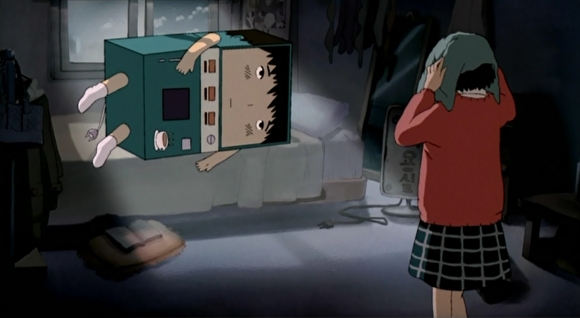 The next morning, Jin’s understandably a bit shy, a little uncomfortable, after having been kidnapped and taken advantage of. Tight-lipped in either horror or stupefied glee, Jin says nothing as Hae-Mi, upon waking, disavows any knowledge of how he came to accompany her. But there’s a glimmer of hope; instead of calling the cops, Hae-Mi hauls Jin’s coffee-pedaling self to the corner of the store at which she works. 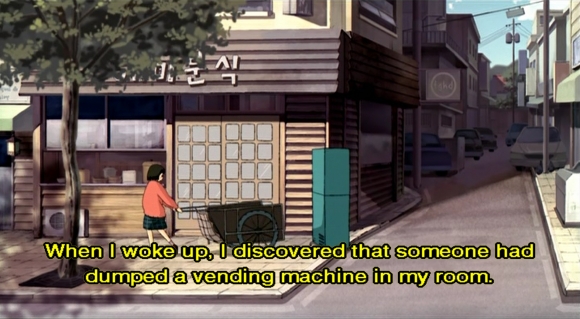 In addition to paying him for coffee, the affectionately forward Hae-Mi regularly pays Jin visits. She stands with him on breaks, puts flowers in his cabinet (if you know what I mean), wipes his flat head free from snow, etc. In time, Jin’s sympathies and passions grow, and that which was but a chance run-in one drunken night turns into a love affair for the ages. 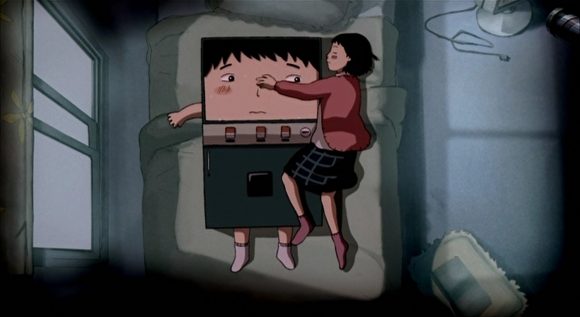 Coffee Samurai is streaming over at Anime Network and available for purchase at amazon.com and RightStuf.com via Sentai Filmworks.