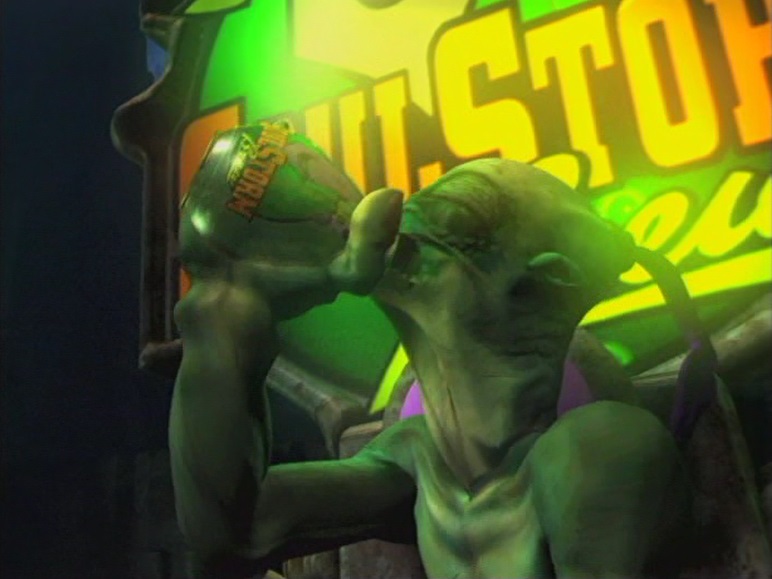 Normally, Great Drinkers are defined by one of two things: an ability to consume mass quantities of the sauce in its various forms, or the act of imbibing with an august air. Mudokons can definitely be placed in the first category, but they also add a third category all their own: those who, fulfilling the first portion of Miller Lite’s motto, have (a) great taste.

“Drinkin’ buddies” takes on an all new meaning considering these Oddworld inhabitants tip back bottle after bottle of brew, which is made with tears of their brethren and bones of their long-interred kinfolk. At first the poor saps didn’t know what they were drinking. The eyes of Mudokon slaves mining Necrum—sacred Mudokon burial ground—were sewn shut to prevent loose lips (which were also stitched shut) from sinking the operation. If word got out, how else would you sell a brew to the dupes who would, one day, end up ruining the liver of the next volunteer employee? Well, getting users hooked for free and then charging has been a classic tactic of drug dealers for years. So the Glukkons make an offer: work for us, and drink all you want for free! 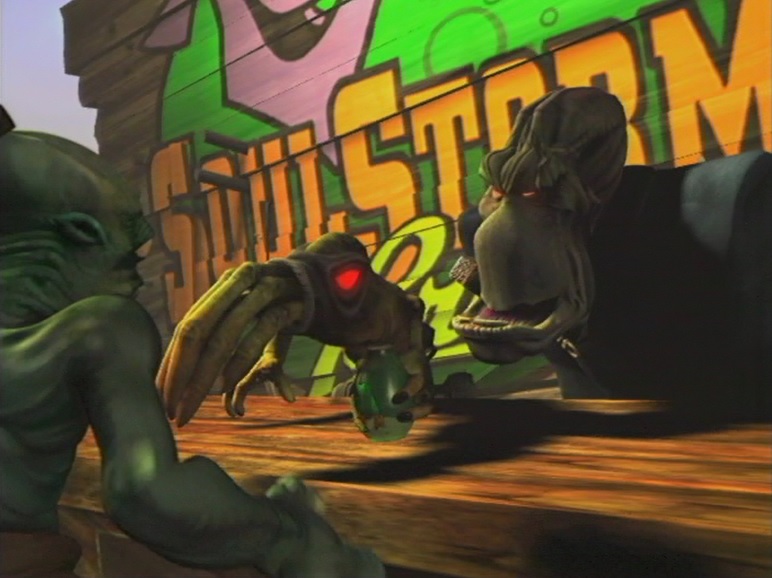 “Will work for booze” is the sorry state that drives most Modokons into their perpetuated state of slave labor. And while Abe, (anti-)hero of the Mudokons, manages to shut down one of the Glukkons’ more notorious operations, Rupture Farms, and liberate the slaves abused therein via pigeon portals, the sad fact is that Mudokons are widely used throughout the many other Glukkon facilities. Endlessly washing the same spot on the floor or wall and mining via pickaxe are exhausting tasks, acknowledged only by random beatings from slig supervisors. What better way to pass those crawling workday hours than by slacking the resulting thirst with a tasty and refreshing beverage from one of the many nearby free-of-charge vending machines. 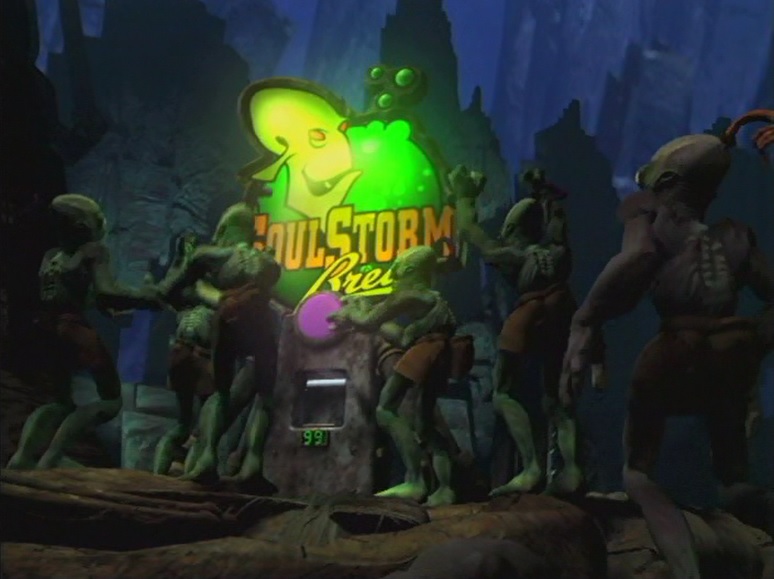 Since the vending machines dispense until empty without requiring any coinage, one would imagine ample supplies taken for after-work commiseration in the steel-barred employee barracks. Drinking while venting about workday woes is a time-honored tradition; killing brain cells in hopes of forgetting the trials of your shift is downright necessary in certain industries. The indignities suffered, verbal and physical, are enough to make the best of us break down and have a good cry after booze breaks down the barriers to those walled-off emotions. (Which is actually a good thing seeing as those tears are another ingredient in SoulSotrm Brew.) If knocking back a few (cases) enables the daily escape needed to bide the time awaiting Abe’s aid, what’s the harm? 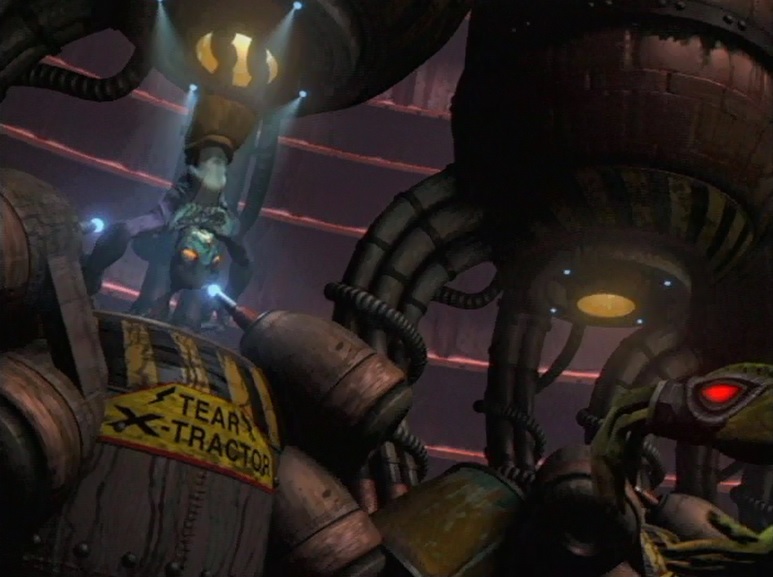