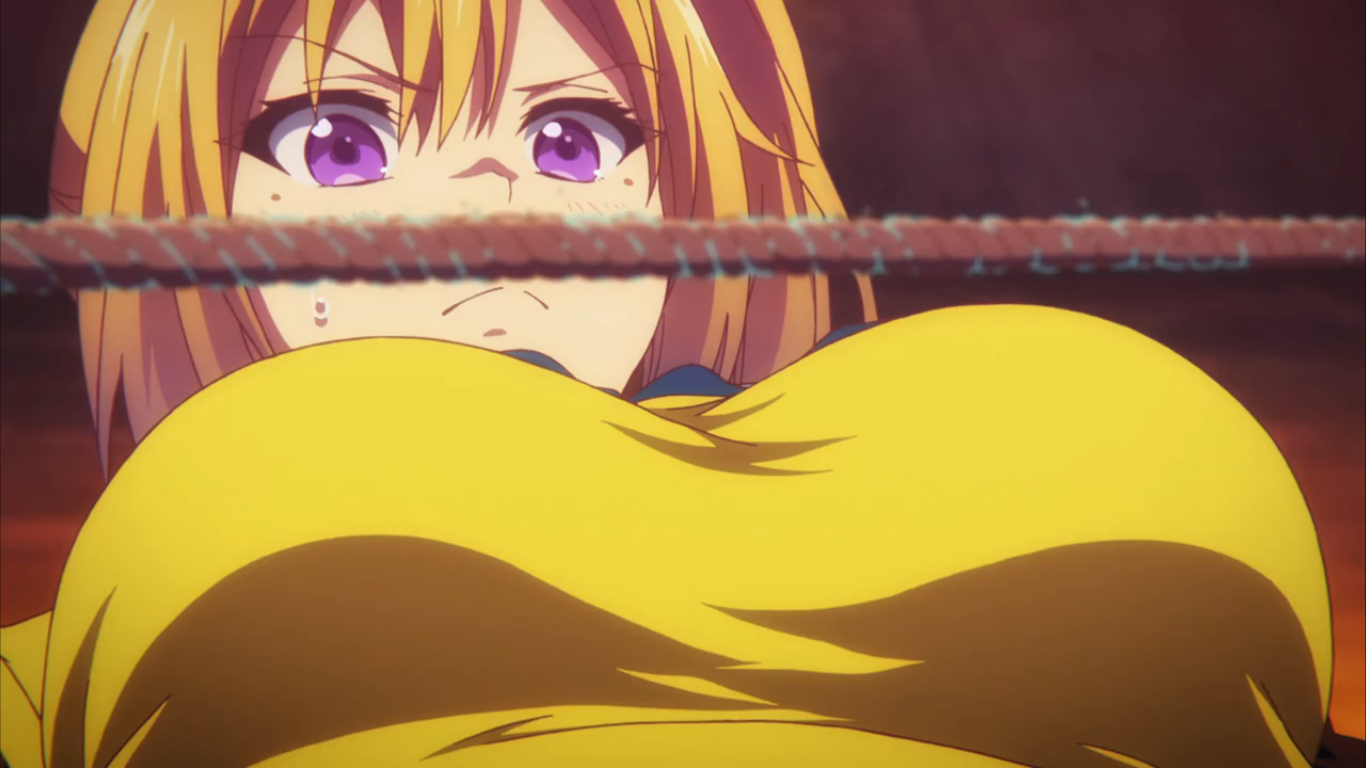 This image pretty much sums up Myriad Colors Phantom World, a show about high schoolers attending a school where teams of them track down, seal away, and destroy phantoms — creatures of mythological and supernatural origins — using spells, incantations, and hidden abilities. Haruhiko, a studious and quiet student, is on Team E, the worst performing team in school, along with her partner Mai, a sporty and well-built girl. Together, they destroy public and private property while trying to earn a crust. Into the mix comes Reina Izumi, a new student whose power of sealing away Phantoms with an inhale of her lungs makes her a good match for the team. But that’s not what the show is about. The show’s about how many jokes about girls’ boobs and bits can be dropped like bombs into a conversation — usually in the middle of a life-or-death moment. In the same vein, the series also delights in showing its female cast in various states of undress whilst Haruhiko splutters and gasps. It’s not that the show’s overtly crass in its moments. It’s just that it doesn’t know when to stop being crass. It’s got good action and decent animation and voice acting, but I don’t know if I’ll be able to go the distance if that’s all the show’s got. 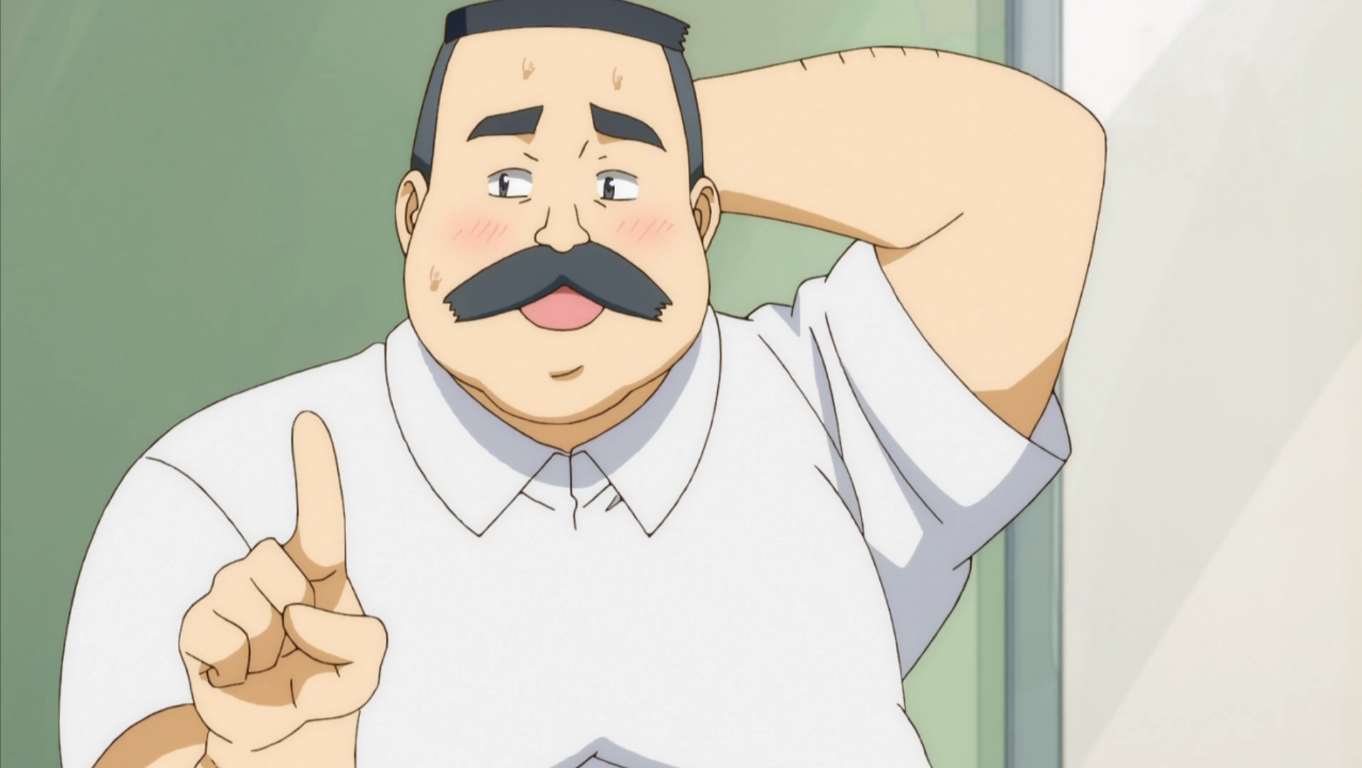 Ojisan and Marshmallow follows the travails of Hige, an office worker who, despite liking processed marshmallows a little too much, gets along with his co-worker, Wakabayashi, as they toil alongside each other. However, Wakabayashi likes Hige in the same way he likes his confectionary. The show proves to be a riot as Hige’s innocent attempts to eat Wakabayashi’s ready supply of sweets run headlong into her attempts to get him to notice her. Usually, this entails embarrassing Hige in front of the office staff or complete strangers. Don’t get me wrong. Wakabayashi does this only to get her beloved’s attention, so the humor here is strictly above board. I like this kind of three-minute gag anime show, and Ojisan and Marshmallow is the best one outside of Teekyu I’ve watched this year. I would love to see this run for another, oh I dunno, 50 episodes or so. Completely recommended. 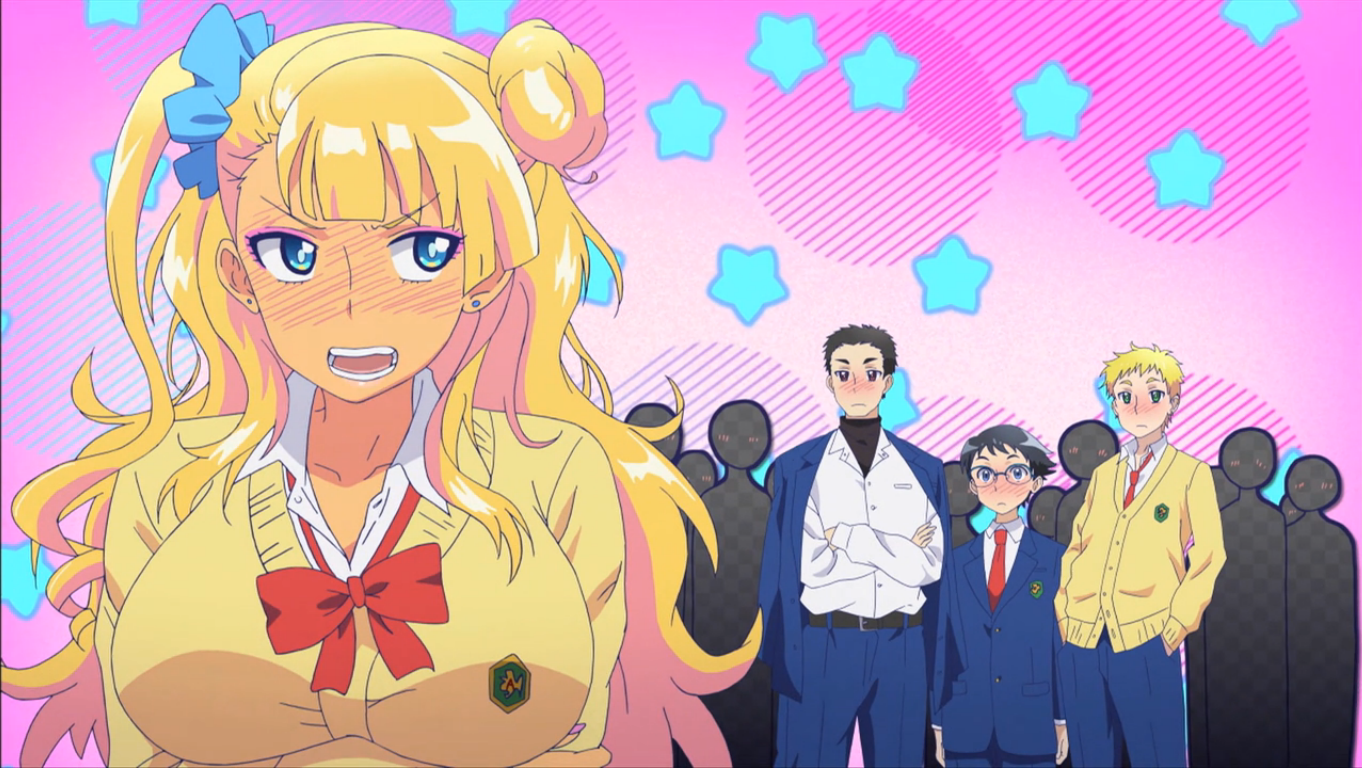 Galko, a ganguro girl; Otoko, her friend; and their joint friend Ojou attend school together and fend off the usual problems that high school girls in Japan have. The only difficulty in this is that Galko is an idiot, Otoko is a nosy know-it-all, and Ojou is more foolish than Galko and Otoko put together. The laughs here are the impossible ways the girls find to put their foot in it — embarrassing each other with assumptions and conjecture (mostly about Galko and her breasts and other parts of her body) and the way that nobody seems to notice these three are usually zoned out in class. If you’ve ever seen the Girl's High anime, this is more of the same — albeit in seven-minute installments. I’d recommend this too, but just how much you are capable of taking the girls (or the guys) talking about bodily functions is directly related to how much you will like this series. Luckily, I’m too far gone with anime to blush anymore.