DISCLAIMER: I work at Crunchyroll, but this post represents my personal opinion of these series, not the opinion or interests of Crunchyroll itself. 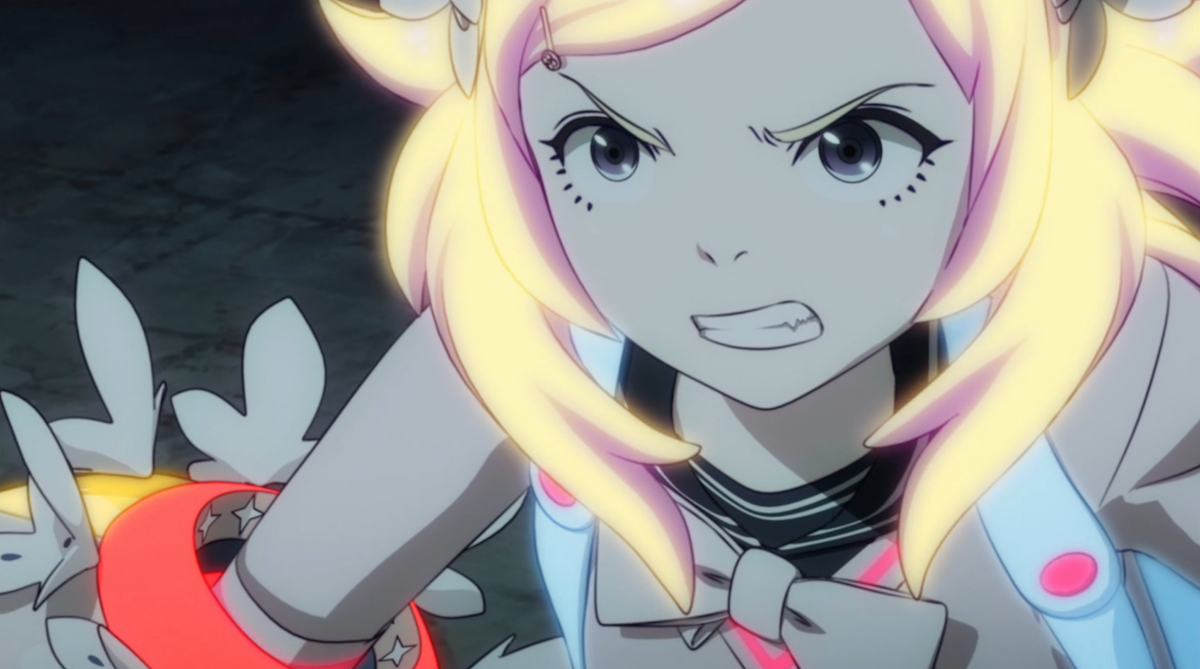 As if explaining the name of your favorite anime to your friends wasn't hard enough as it is, Sanzigen provides us the latest in consonant-vowel repetition and bizarre non-phonetic naming. Spelled BBK/BRNK but pronounced "Bubuki Buranki," this series is what people should be talking about when they throw around phrases like "Kill la Kill-esque" in reviews — in large part because BBK/BRNK shares a lot of staff with Kill la Kill. Not only was series director Daizen Komatsuda an episode director and key animator on Kill la Kill, but art director Yuji Kaneko worked on both Kill la Kill and Little Witch Academia. The points are racking up in BBK/BRNK's favor, but alas, Sanzigen isn't quite the same as their sister studio Trigger. The story, with its transparently cosplay-friendly outfits, a predestined boy hero, and scowling evil adults, reeks of unironic adolescent pandering. Meanwhile, Sanzigen's 3-D animation is almost as choppy as it was on Arpeggio of Blue Steel, though the animators clearly have a pretty good handle on the characters' expressions and Komatsuda has an eye for comedic timing. The blocking is snappy and exaggerated, and judicious use of smears, smoke effects, and light beams make it all feel just enough like Kill la Kill that you might get fooled for a second. I'm sticking with this out of curiosity, but I doubt I'll be able to sit through the whole thing.

Streaming on Crunchyroll and FUNimation

Let's get the scariest part of Erased out of the way right off the bat: this series is directed by Tomohiko Ito, director of Sword Art Online. I was skeptical at first — the disdain for SAO among my fellow anime reviewers is so strong that I've never even given it a shot. To my delight, however, Erased is a far cry from trapped-in-a-game otaku pandering. This is a tense mystery with a hint of the supernatural and a superb balance between heavy drama and genuine childhood nostalgia. The fascinating premise sends a 29-year-old back to fifth grade to solve two murders, one at each stage of his life, and there is a lot of potential in the story that hasn't been capitalized on just yet. The scenes in the past are all shot in widescreen, which (on the surface) provides nothing more than a bit of cinematic sheen. Thankfully, however, Ito uses the format to play around with space and motion within a wider field of view. The animators at A-1 Pictures provide some surprisingly exciting character animation despite the mundane setting as well. Of course, there are a lot of similarities here to The Perfect Insider, which had a similarly strong set of introductory episodes, but so far a terse script, strong imagery, and brisk direction make Erased far more interesting to watch than Mamoru Kanbe's lifeless work on Insider. I'll be eagerly keeping up with this one. 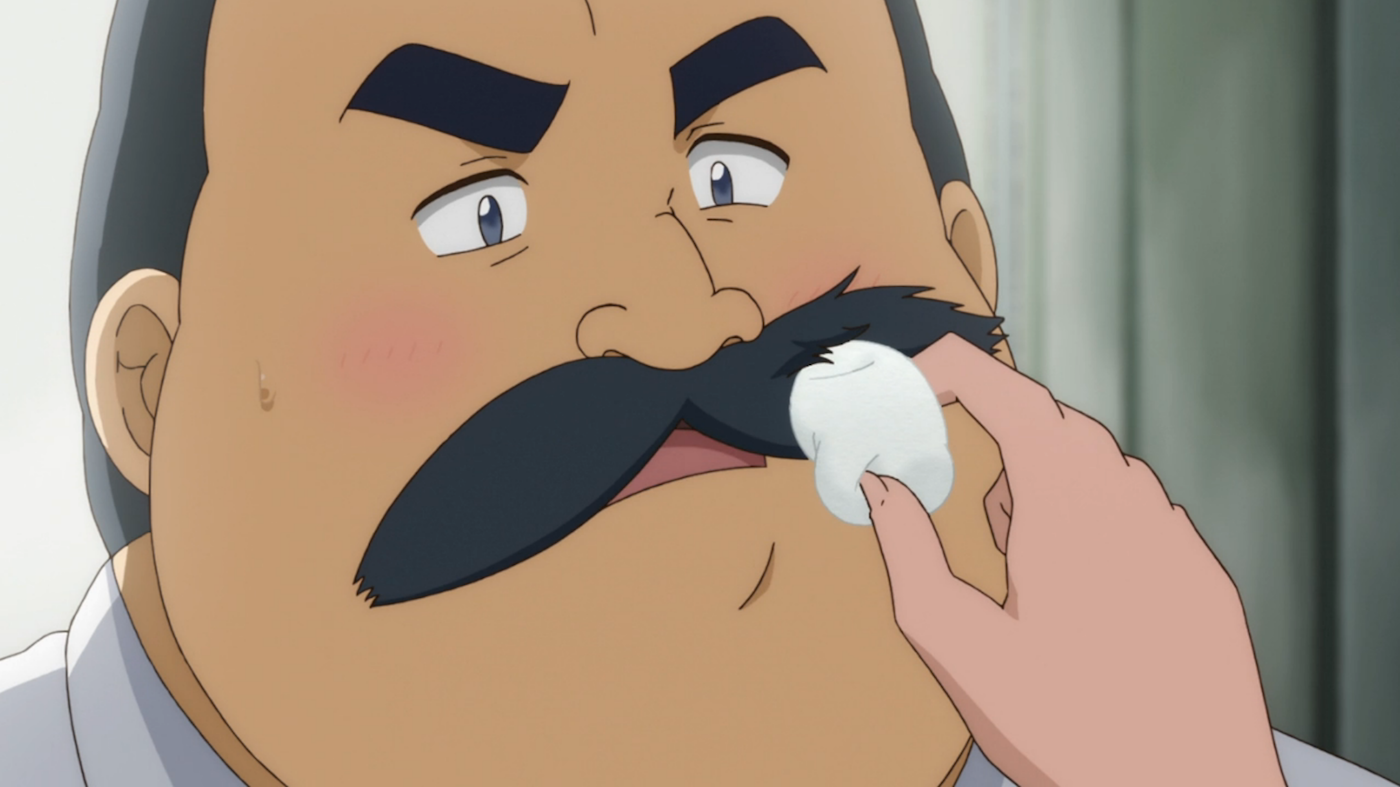 Ah, finally a series that depicts the pure love between a man and his marshmallows. Ojisan and Marshmallow ("Mister and Marshmallows") is the closest thing in the past few seasons to My Love Story — a cute romance about a big, oblivious man and his besotted coworker as she attempts to woo him via his love of marshmallows. Since My Love Story has already colonized that particular shojo trope-busting territory, Ojisan and Marshmallow feels a little less novel, but the considerably more sexual style of comedy and the office setting makes it just a bit more absurd. Each episode is short enough that it can jam on a single joke and not overstay its welcome, but in the past three episodes, Ojisan and Marshmallow has shown itself to have three ... different variations on the same joke. Not a good sign. But the manga is a hit on Pixiv, so there's got to be something worth sticking around for. 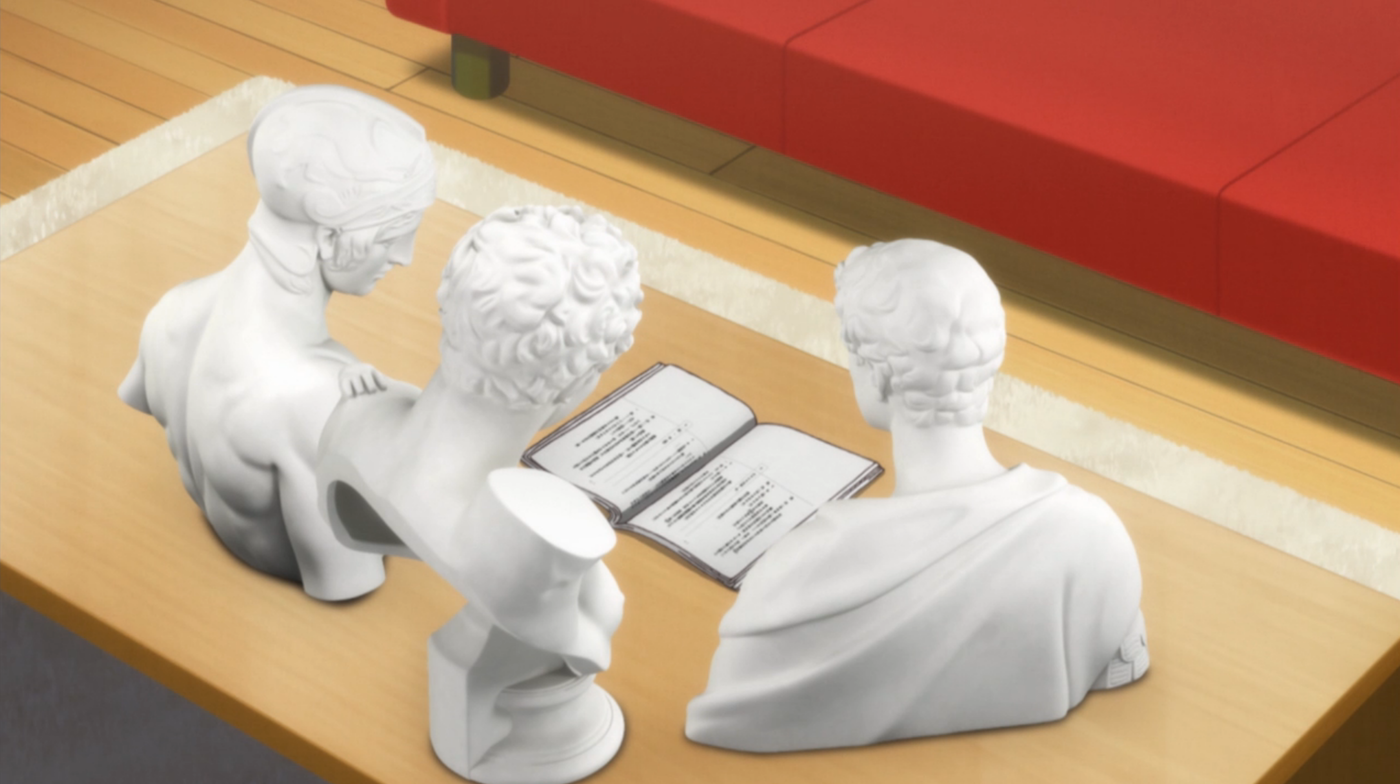 One of the best parts about anime and manga is that nobody's quite as good at coming up with patently absurd concepts and committing to them as Japanese cartoonists. Take Sekko Boys, the story of four male pop idols and their manager. The twist? All four idols are famous stone busts: St. Giorgio, Medici, Hermes, and Mars. Director Tomoki Takuno is a relative newbie, but writer Michiko Yokote is one of the most prolific and versatile writers in anime. Most recently, she wrote Shirobako, and the story of the Sekko Boys' harried manager Miki has more than a few shades of Miyamori from that series. Thankfully, Sekko Boys is a more full-on comedy than Shirobako, and the insane situations — Miki deciding to give up an art career to escape statues but ending up as their manager, Medici trying out for a TV part as a murder weapon — are varied and refreshingly original. I'll be keeping up with this one. 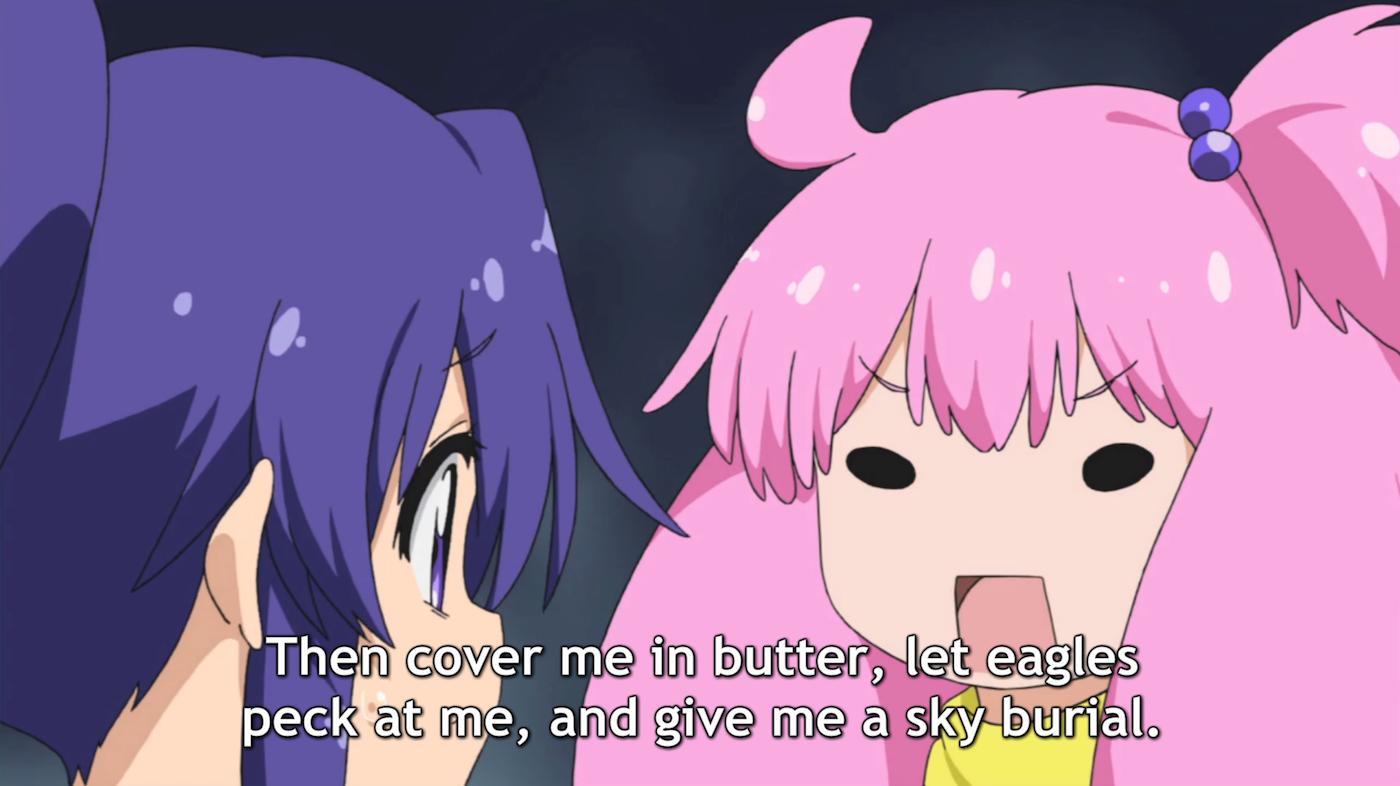