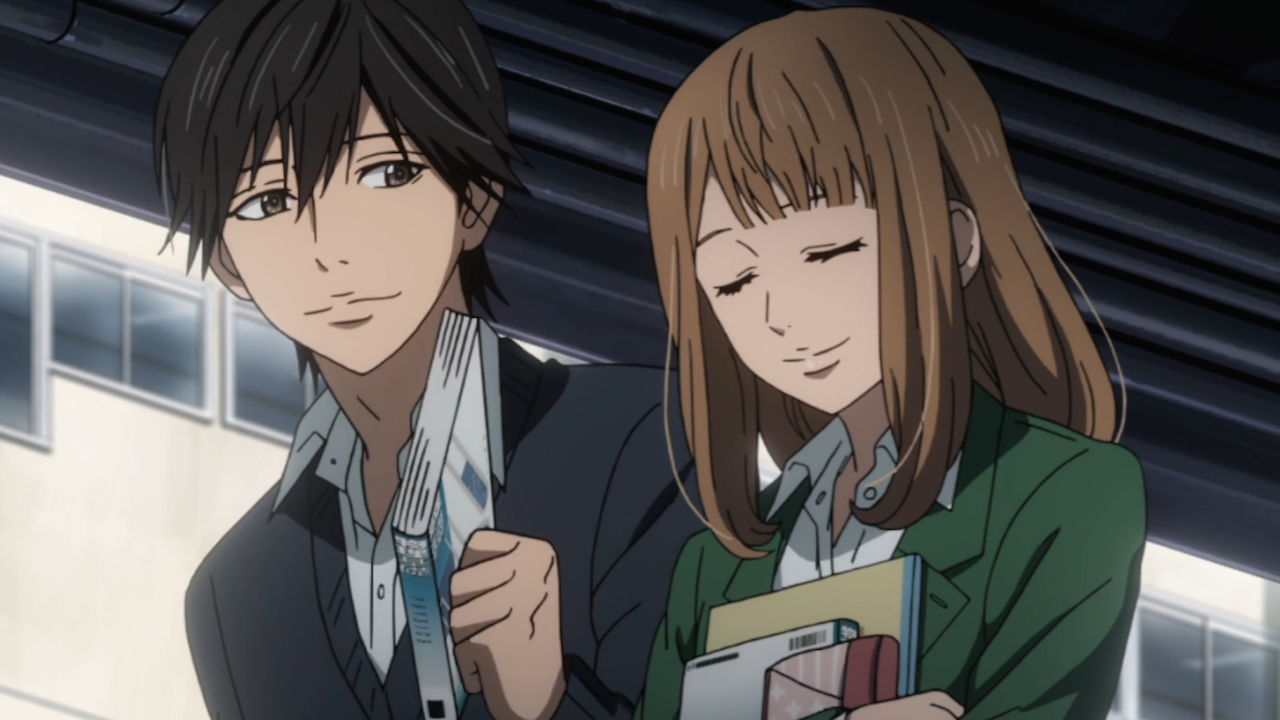 Streaming on Crunchyroll
As someone who really enjoyed Erased despite its flaws, I am excited to see another time-hopping drama, whose protagonist attempts to remedy the issues of the past, join this season’s crop of new shows. Orange tells the story of Naho Takamiya, a high school student who receives a letter written by her future self. The message provides her with instructions on how to right the wrongs of her past and save the life of a new transfer student that her 16-year-old self develops an affection towards. This makes for a fascinating premise that is just different enough to distinguish itself from A-1 Pictures’ aforementioned mystery thriller.

Naho and her group of pals are believable and relatable; Orange perfectly captures the awkwardness of high school life and young love. While the animation at times appears a bit rigid, the characters are beautifully drawn, and their facial expressions (especially Naho’s) communicate even more than the well-written dialogue manages to convey. The flash forward sequences that conclude each episode are a nice touch, providing a window into the future, where the now estranged group of 26 year-olds reunite to mourn the death of their childhood friend. The hanging question as to whether or not Naho’s efforts will prove successful has me committed to see Orange through to its conclusion and eager to catch each new episode as soon as it airs every Sunday. 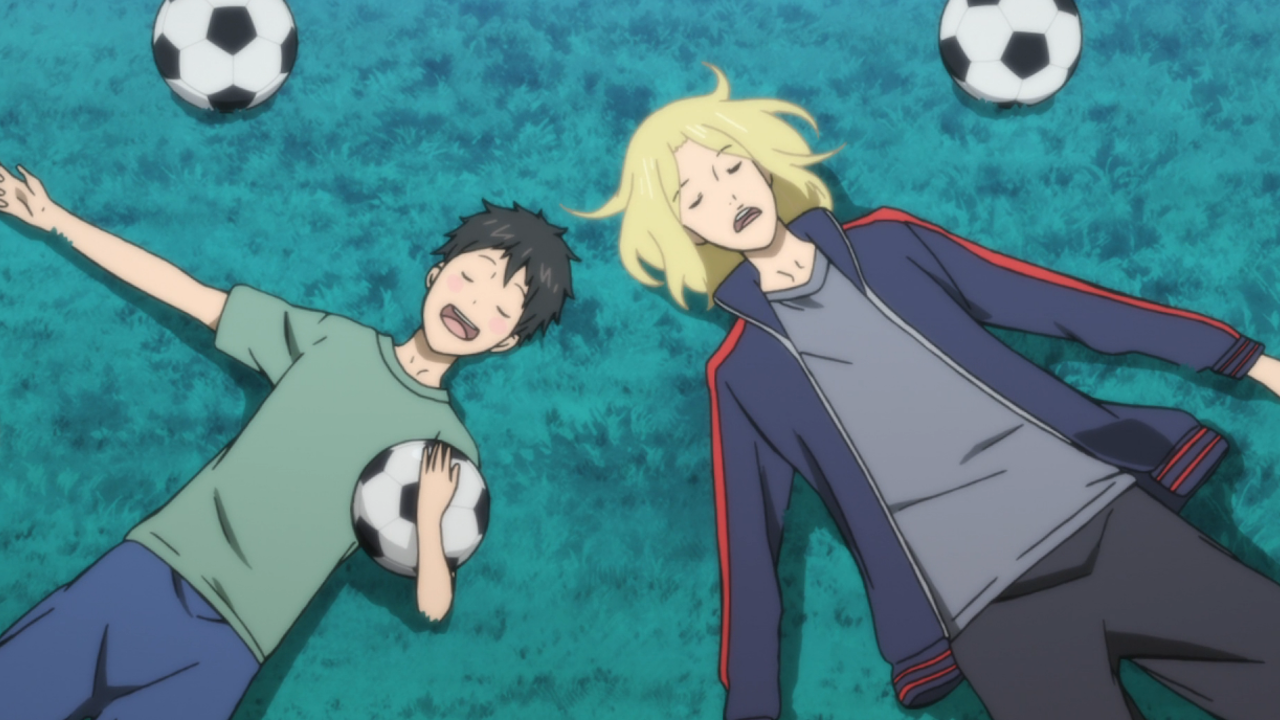 Streaming on Crunchyroll
As cliché as its premise may be, the soccer-centric Days is undoubtedly the show I’ve enjoyed the most so far this season. I adored Yowamushi Pedal and its otaku-turned-cyclist protagonist and have been chomping at the bit for another sports anime that stars an underdog athlete to fill the void. The timid and entirely unathletic Tsukushi, every bit as endearing as Yowamushi’s Onoda, possesses an innate determination to rise above his inadequacies, which I’ve found to be both admirable and inspiring.

While the animation can be a bit choppy at times and the art dips in quality on occasion, the vibrant palette and colorful cast of characters makes it easy to overlook Days’ minor production flaws. The camaraderie among teammates and their unified desire to succeed can be found at the heart of most stories of this ilk, and while that’s true also here, Days portrays it through the lens of a kid with absolutely zero athletic ability who’s fueled entirely by his determination to better himself in service of his team. I’ll be keeping up with this one week-to-week, eager to see to see how Tsukushi’s humble and diligent pursuit to become a better soccer player shapes not only himself but also those around him. 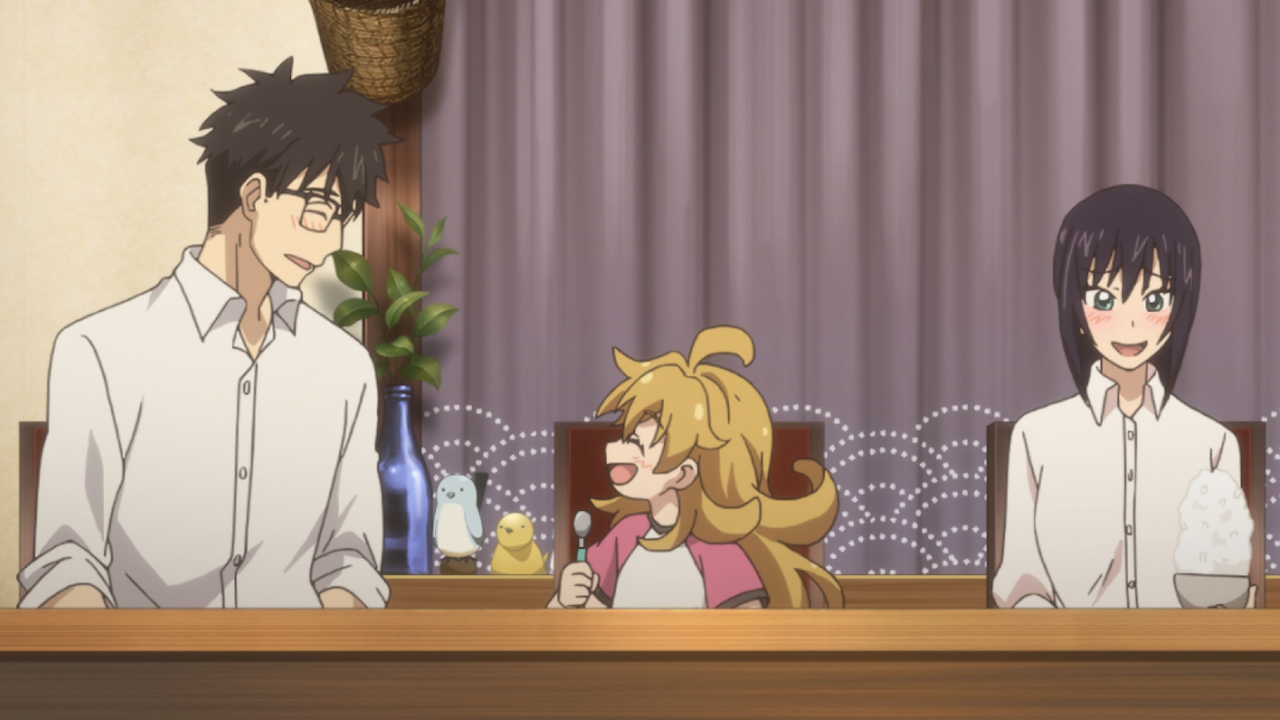 Streaming on Crunchyroll
You’ll be hard pressed to find a show this season that’s more endearing than Sweetness & Lightning. After the death of his wife, school teacher Kouhei is left to care for his adorable little daughter, Tsumugi, on his own, and he relies largely on pre-made meals (thanks to his lack of skills in the kitchen) to do so. The beautiful bond the two share is show’s strongest point. Watching Kouhei’s daughter scarf down whatever mess of a meal he struggled to make her for dinner, entirely content and thankful for her father’s efforts, warmed my heart like few anime ever have.

In search of a place where he can get his daughter a decent meal, Kouhei finds himself in a restaurant owned by the mother of one of his students. This leads to the formation of an unlikely trio, as Kouhei, Tsumugi and his student Kotori all learn how to cook together. Much like Kouhei, I found my own eyes welling up with tears upon seeing Tsumugi savor every bite of a properly cooked, "homemade" meal. I also love the character designs, which are only elevated by the stellar animation work that perfectly captures the bouncy movements of the young Tsumugi and gives her wild head of hair a life of its own. Sweetness & Lightning has such a loveable and well realized cast, and I look forward to hanging out with them all season long. 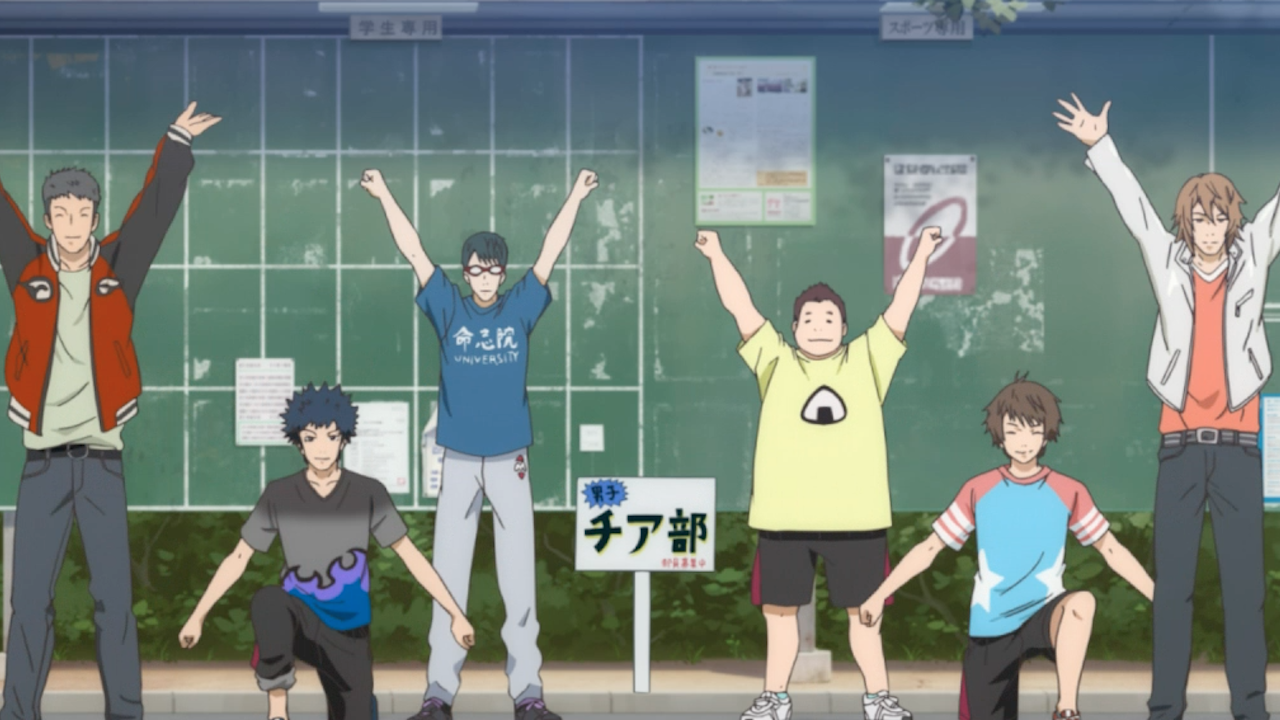 Streaming on FUNimation
Really? An anime about a group of high school boys who want to form a male-only cheerleading club? They must be scraping the bottom of the sports barrel for this one. That was my initial thought when I heard about Bandai Visual’s new slice-of-life series Cheer Boys!! Despite my skepticism, however, I decided to give the first three episodes a shot since I have such a soft spot for the sports genre.

I enjoyed my time with the first few episodes; there’s just enough character depth to have me invested in this crew of college freshman. The story follows Haruki Bandou and his childhood pal Kazuma Hashimoto as they decide to leave a life of judo behind in pursuit of starting up a cheerleading team. Thanks to an injury, Haruki can’t compete in judo like he once did, so he gives it up only to find Kazuma follow suit with the desire to stick by his friend’s side. It’s clear Cheer Boys!! is about the importance of supporting one another, which is reflected in Kazuma’s actions as well as the very nature of the sport the two decide to pursue. While the animation and art aren’t much to write home about, the show is surprisingly funny at times and clearly self-aware of the ridiculousness found in each episode. While I’m not committed to watching this one on a week-to-week basis, I’ll likely carve out some time to eventually watch all twelve episodes.