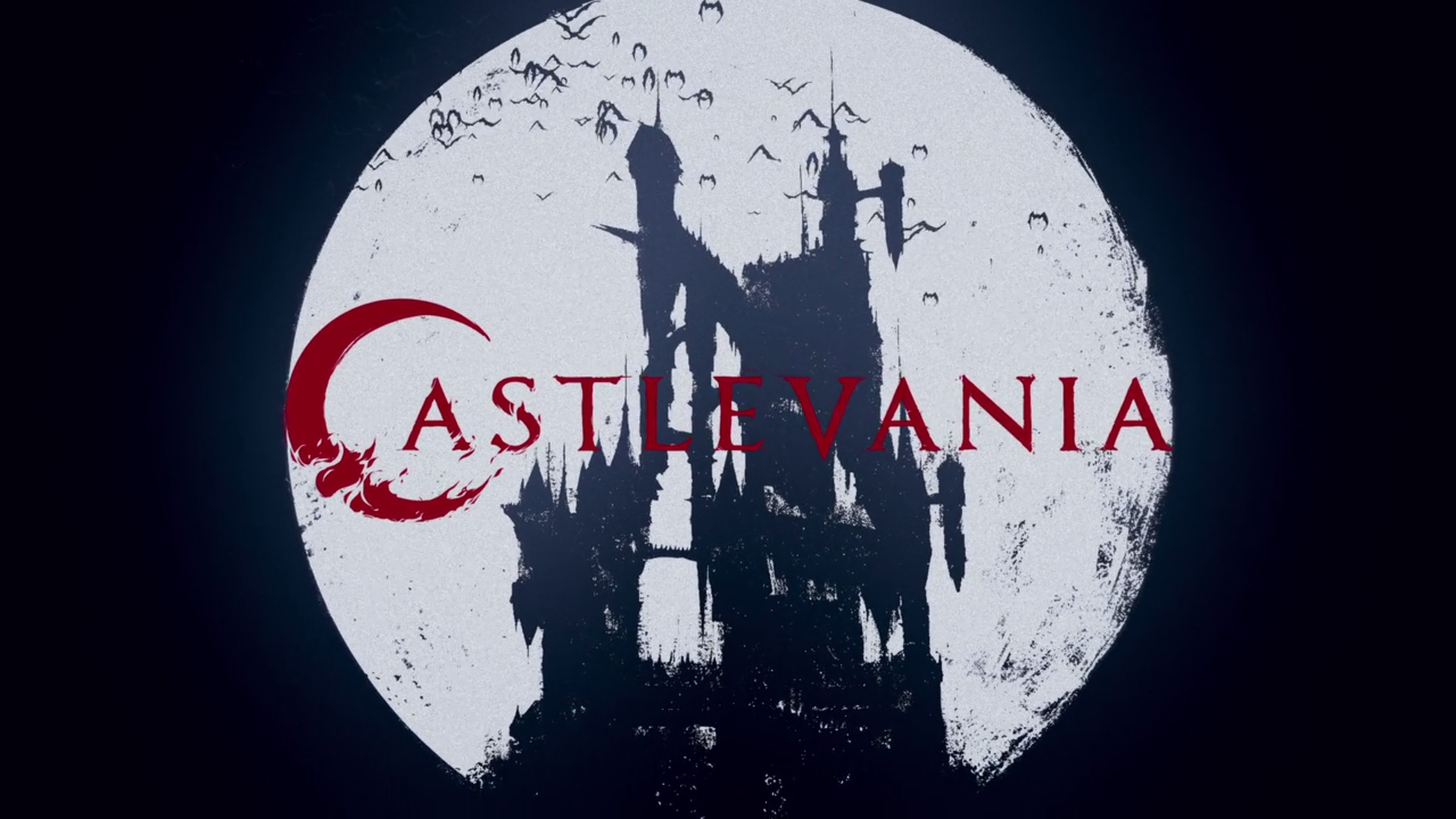 Ok, ok, I know it’s not anime, but Frederator Studio’s Castlevania, establishing shot aside, kinda feels like Attack on Titan Season 1 meets '90s X-men. On Facebook, producer Adi Shankar even said, “The goal is to bring hard-hitting anime to the America[s] and be America's first animated series for adults” (source). This particular series can never be anime, of course, as it’s not produced in Japan for a Japanese audience, but it’s a damned fun cartoon that is obviously pandering to the bloodlust of an intended audience in the USA and based off of a Japanese property.

This cartoon adapts the Castlevania III: Dracula's Curse video game, which I’ve never played. Right off the bat, there’s no reason to worry about enjoying this show if you’ve not played the game (or don’t remember playing the game) either. My own familiarity with the franchise stands at having forgotten all but the names and basic concept (vampire hunter vs. vampire) from the original game I played when it came out for the NES, and I still loved the hell out of this show. It’s violent and crass in the most charming ways possible. Major kudos are due the voice actors for not only carrying the over-the-top repartee with gusto but for embedding it and making it an endearing part of each character portrayed. Bloody good fun and only four episodes. There's no reason not to finish the whole thing. (More episodes are on the way.) 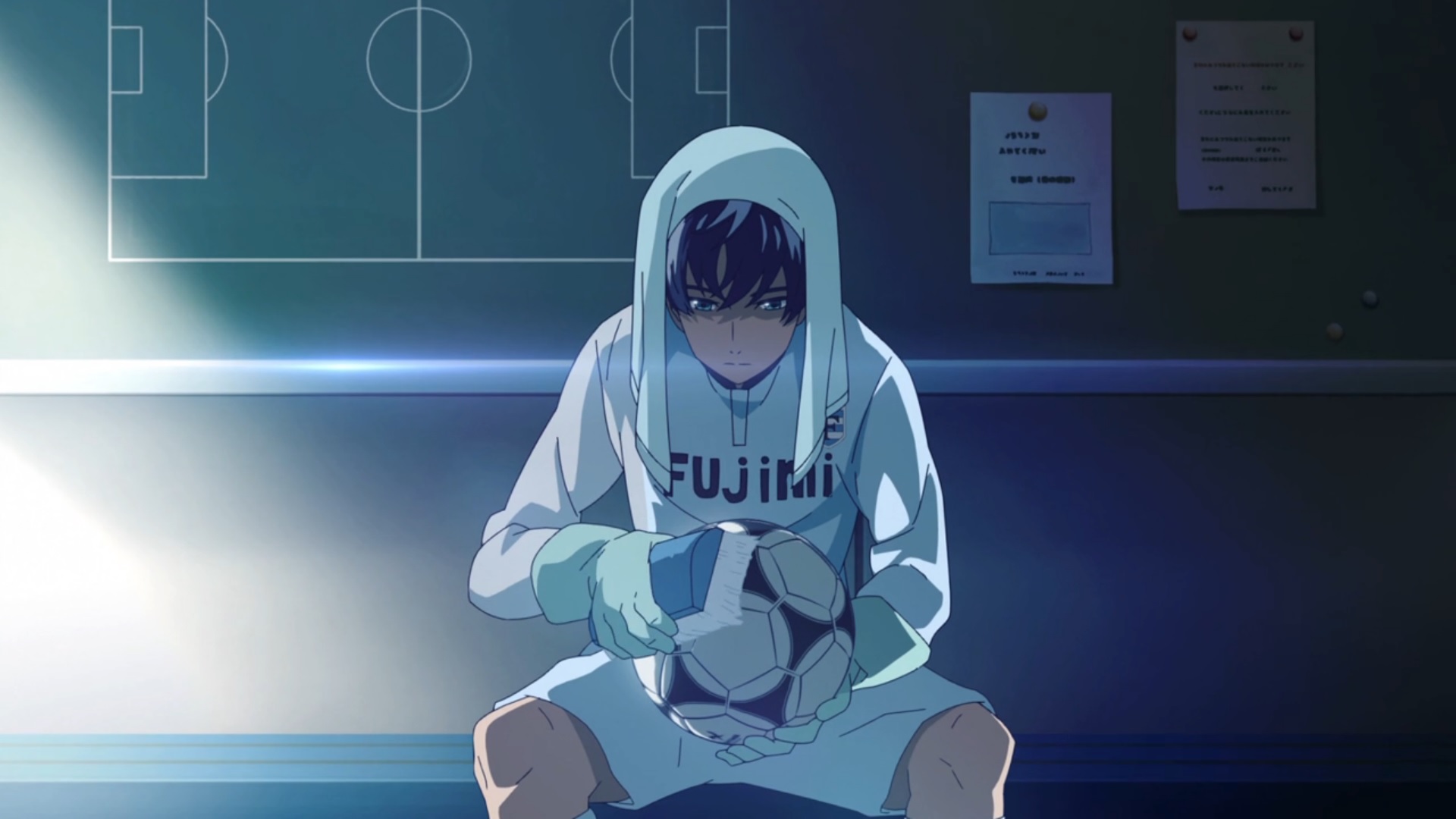 Centering around a boy who is extremely talented at football and just as extreme at being a germaphobe is a simple premise that could get really old really fast or be surprisingly funny. The latter depends on how many ways each week can wring the most out of the show's one-note comedic device (like the absolutely perfect Tanaka-kun is Always Listless). When I saw Aoyama's first episode, I thought to myself, and probably Twitter, “The pity of this show is that it's not a short. It has all the trappings of Haven’t You Heard? I’m Sakamoto with about a third the charm.” Then I saw Episode 2.

The most laudable accomplishment of Clean Freak! Aoyama-kun is that it avoids pigeonholing itself in terms of pacing, writing, and visuals. The first three episodes vary from uninterestingly slow, with brief moments of “how will Aoyama avoid getting dirty this time?” to unexpectedly competent visual storytelling and genuinely crafted visual, situational, or dialogue-based humor (as opposed to relying, crutch-like, upon the premise for yuks). In essence, what made me come back after a relatively disappointing first episode and continue to watch with great anticipation was the fact that I got drawn into not knowing what to expect next. That’s key for a comedy ... especially a seemingly single-note one like this.

If you’re looking for standard sports formula, looks elsewhere; Clean Freak Aoyama kun mocks it. The sport at hand, or rather foot, seems to take up less than a single percent of any given episode. Instead, a lot of the the fun lies in the characters' obsession with Aoyama a la Sakamoto. Add in lots of tactically deployed, charming, but not overwhelming chibi integration and episode-specific chibi opening additions, and this seems like it’ll be a real winner for the rest of the season. 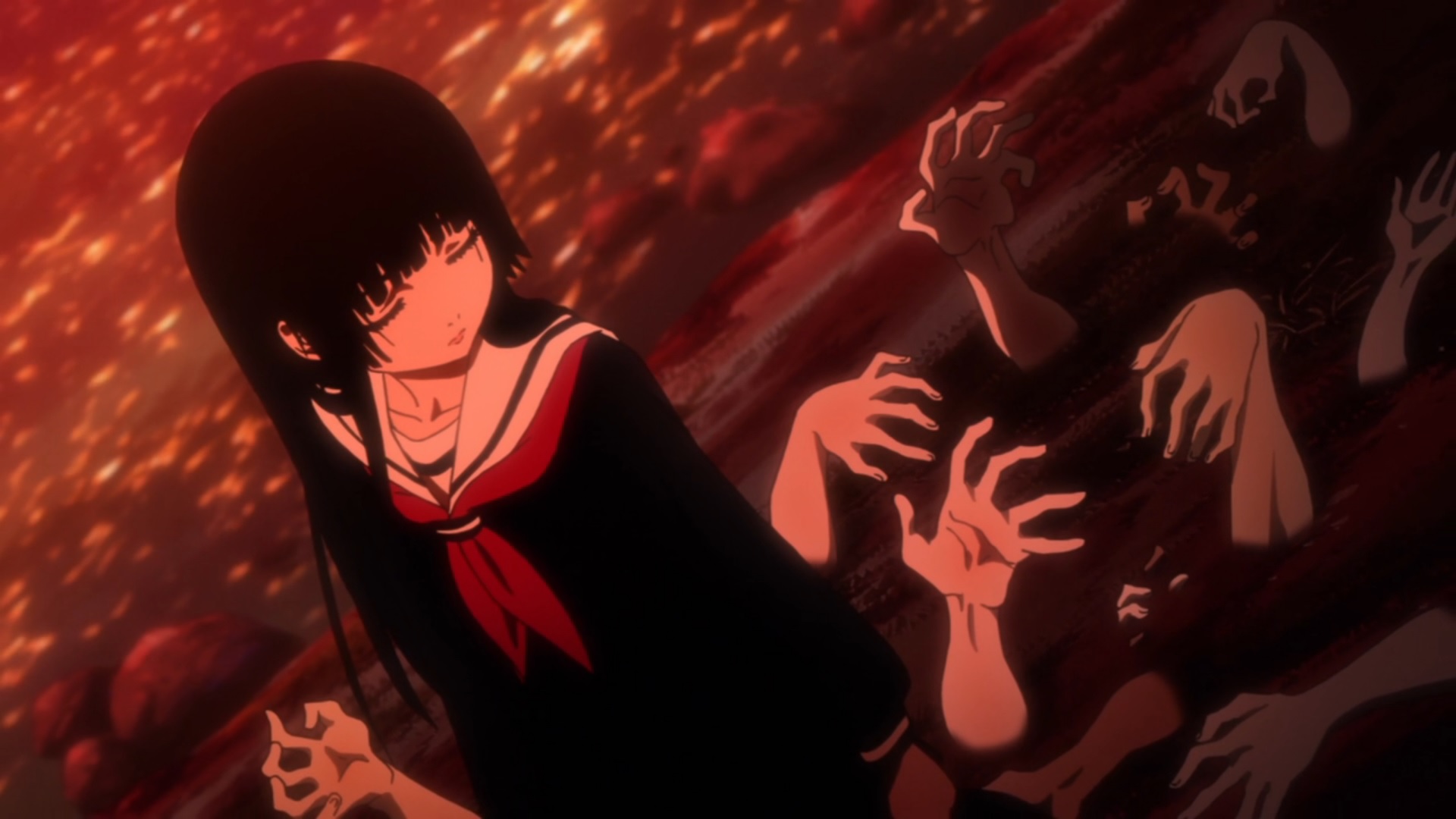 If you’re new to Hell Girl, stop reading this and go watch the first three seasons (if the first season proves to be your bag). If you’re familiar with and caught up on Hell Girl, you’re gonna like what you find in the new season … based on the first few episodes anyhoo.

It seems to me that Hell Girl has had trouble maintaining viewer interest across its seasons. Each season focuses on a different theme and really takes its time weaving the through-plot amidst the episodic stories of personal torture and vengeance. How each season twists the intentions of the episodic characters as well as how they use the Hell Correspondents (Ai Enma et al) and how they feel about their duties is central to the larger picture. So far, it appears that Fourth Twilight is playing with contract ambiguity by making it unclear who will be sending whom to hell and who is at fault. The through-plot involves a girl who appears randomly to Ai but does not remember anything about herself.

The series is still adept at creating believable atmospheres of torment and suffering but has gotten incredibly beautiful (check out the behind-the-stage POV zoom in on Ai in Episode 2). The art and music combine to be just as unsettling and eerie as ever. As for the hellish comeuppances, only one episode’s was disappointingly short so far (I’m guessing because the episode spends a LOT of time building a lot of characters). Otherwise, the pre-ferrying scenes are the show’s trademark mix of absurd and horrific (with a scale weighted to the former for this season). I’m so in for the rest of the season, mostly because Hell Girl always proves to be worth the wait. Plus, I'm just so damned happy to hear “Ippen shinde miru?” again!

This short-form anime tells one ghost story per week in under five minutes using animation that emulates the aesthetics of kamishibai (paper lantern theater). Aside from its dedication to its chosen animation style, what I really like about this series is its constant evolution. Season 1 uses boo-scares, Season 2 centers more around emotional trauma, Season 3 uses monsters of the week, and Season 4 focuses on narration as atmosphere as well as the sporadic use of live action to disturb/disrupt the viewer's visual continuity. So what does Season 5 bring?

Yamishibai’s getting back to its roots! Season 5, at least so far, seems to be a little bit of everything presented so far (save any influence from Season 4). And I’m happy to say, for those who might be reading this to determine whether this new season will further defame your favorite five-minute Japanese horror anime, that Season 5 reigns in the narration to let the art create the atmosphere while the voice actors create the tension solely through natural dialogue. It’s a big step backward for the series but one that many of its fans (myself included) will see as retracing its steps to find the right path.

It is rather disappointing that the show has seemingly run out of ideas as to what it can experiment with, but if all you’re seeking is a scary story told via an unusual mix of mediums, this is a true return to form. But if I’m wrong, and there’s another theme being played with here, then that just adds to how gosh-darned good these stories are so far. As with every season before, I’m sticking with this one all the way through.

Titles I loved but couldn't write about due to cluelessness

Edit: Made in Abyss is also streaming via Sentai's HIDIVE service.