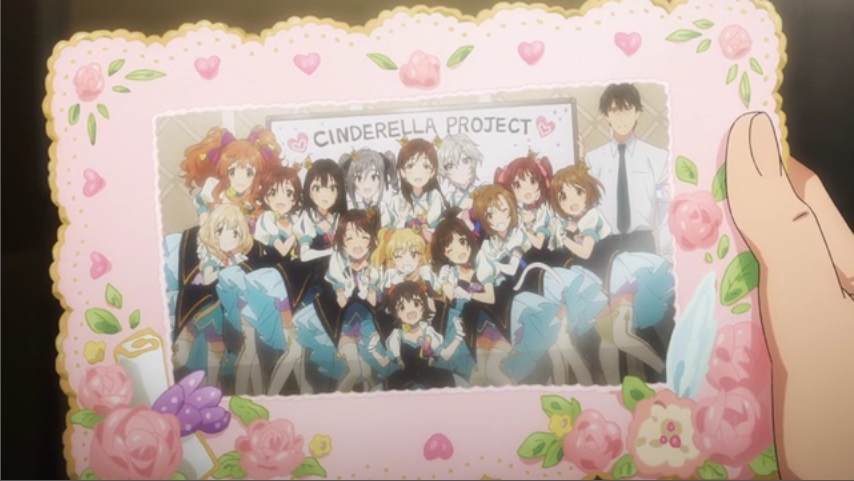 This is actually the second half of the Cinderella Girls anime, which began airing this past Winter and now resumes in the Summer 2015 season. I didn’t cover the first half on Ani-Gamers, so to summarize the premise and where the show currently stands: a producer collects a bunch of girls off the street to form an idol group and runs into setback after setback as this group of highly incompatible girls struggles to get it together behind the scenes before inevitably dazzling everyone on the stage. Unfortunately this is no longer a hot and fresh concept in the year 2015, and despite being a spinoff of the series that really elevated the whole mixed-media 2D idol girlfriend-surrogate thing to the height that it’s at now, Cinderella Girls drags its glass slippers through the mud, unaware of what made the property so powerful in the first place. Whereas the original iDOLM@STER animation had passion behind it, Cinderella Girls feels like a project that just had to get made regardless of whether anyone cared. The writing veers between infantile and dramatic, with drama arguably being the thing iDOLM@STER has historically done worst. The framing is uninteresting, the animation is sparse, and the characters never cohere into a strong unit — a weakness that sinks the whole show when a supporting character like Kaede Takagaki comes along to make you wonder why the show can’t just be about her. 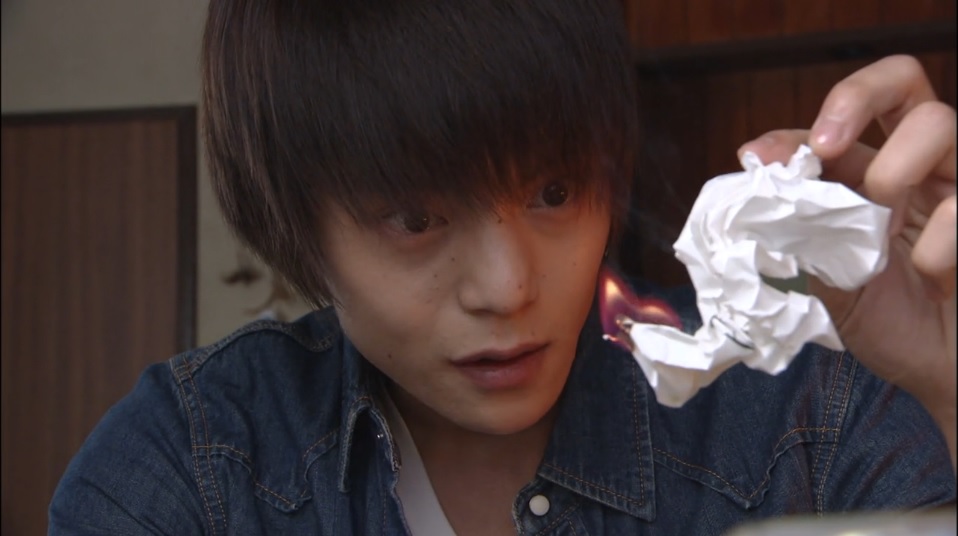 While Ink exercises his good judgment by watching the Akagi live-action adaptation this summer, I’m taking one for the team by watching the other high-profile manga-turned-drama airing this season. Remember the Death Note movies that came out in 2006? While they didn’t exactly set a high bar, the Death Note TV series fails even to reach that lowered expectation of almost ten years ago. The concept remains the same — an unassuming young man discovers a notebook that has the power to bring certain death to anyone whose name is written in its pages, but the main draw for this particular adaptation has been the promise of a reworked storyline. And while there have been a few surprises in these first episodes, I can’t say yet whether they’ve been for the better or worse. I could talk about the cheap feeling of the production or the gaps in logic in the pursuit of drama, but the worst part so far is perhaps the part the show sold itself on. Light Yagami, once a genius high schooler with a clear objective to bring about a new world order in the name of justice in the anime, is reduced to a meek schmuck with no sense of purpose. He scrapes by in college and life, with the only thing keeping him going being his interest in a local idol group. To be honest, the setup sounded like it could have gone somewhere: to rewrite Light as a regular guy slowly consumed by a terrible power. The problem is that the new story stills follows the same beats as the old story and underutilizes the changes that have been put into play. When L confronts Light for the first time, the impact from the original is missing since we’ve arrived there without establishing Light as a convincing force to contend with. Right now, he’s a character who is propped up with old motivations unchanged from the original and lacks the charisma and two-facedness needed to make the character come to life. Despite everything this show has going against it, I feel myself compelled to keep on watching — hoping that maybe the next episode will make a clear break from the familiar storyline.