Welcome (back) to the Three-Episode Test, a new feature on Ani-Gamers, where contributors give you the low-down on what they're watching from the current simulcast season and why.

I suppose I should throw my hat in the ring, though I'm late — things are busy here at Crunchyroll HQ. On that note, my contribution to this column comes with a disclaimer: I work for Crunchyroll as a software engineer, so my opinions are not intended to represent Crunchyroll and they're not intended as marketing for CR's shows. As always, I'm here to provide my honest opinions. Still, feel free to take it all with a grain of salt.

For my inaugural post, I... didn't have much time to watch anime. The only shows I have time to regularly watch right now are shorts, all less than 15 minutes long! 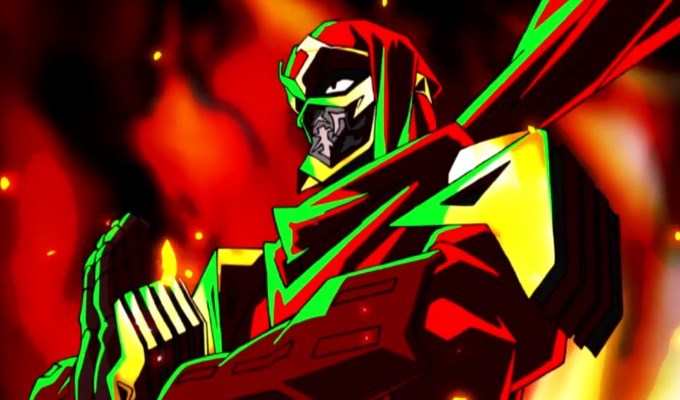 See that errant “FROM” in the title? That should give you a good idea of what you’re in for. Ninja Slayer is the new anime from Studio Trigger, the folks that brought us Inferno Cop (now on Crunchyroll) and Kill la Kill. Notice the order I list those titles in. Some folks came into this ninja-themed revenge tale expecting more Kill la Kill, only to be smacked in the face with its surreal, lo-fi cutout animation and self-deprecating sense of humor. It’s much more reminiscent of Inferno Cop (also from director Akira Amemiya), though it has some slightly more animated animation (the characters can move this time) and a mix of cutouts and frenetic Yoshinori Kanada-style pose-popping movement. The series is supposedly based on a self-published American novel series translated into Japanese via Twitter, and the madmen at Trigger cleverly play up the cultural appropriation (and reappropriation) of this meta-narrative to create a Japan so distorted by “Cool Japan” culture exportation that it’s barely recognizable. Ninja Slayer is a wild experiment that some people will hate, but as Kill la Kill’s Hiroyuki Imaishi once said, “being halfway is the worst.” 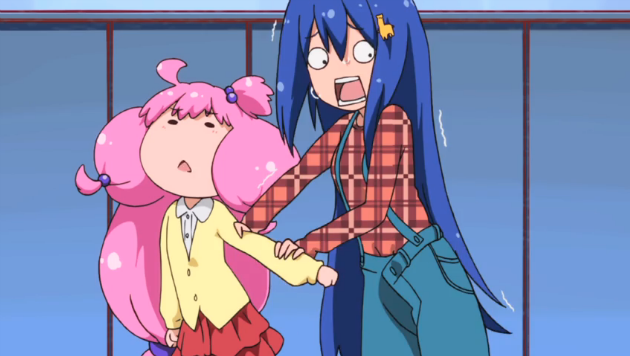 At this point anybody reading this blog has likely been bombarded with Teekyu discussion from the contributors here at Ani-Gamers and our friends elsewhere on the Internet, though we’ve curiously never covered it directly on the blog. Clocking in at just two minutes per episode, Teekyu is a lightning-fast avalanche of nonsensical humor, driven by a group of high school girls who seem to have no regard for narrative or conversational continuity. It’s essentially the surreal Azumanga Daioh scene where they actually pop off Chiyo’s pigtails, spun out into its own show. Teekyu’s brand of comedy is refreshingly irreverent, opting for stream-of-consciousness riffing on ideas over otaku-pandering reference comedy or saccharine cuteness (though, yes, it does revolve around a cast of cute girls). It’s no longer animated by Masao Maruyama’s Studio MAPPA, but I can’t even tell the difference! I’ll be keeping up with Teekyu all season, because when it’s this short, why not? 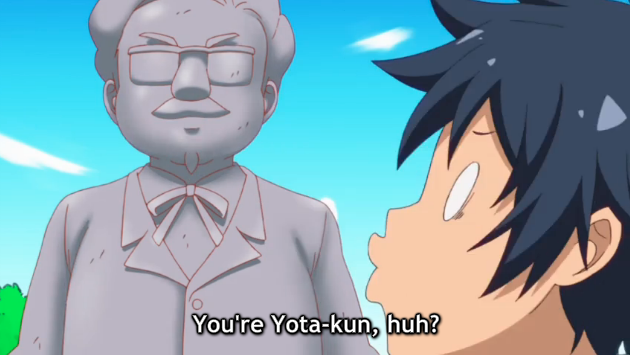 The comedic brilliance of Teekyu must have struck a chord with Japanese fans, because the show has been approved not only for five seasons, but also a spin-off series, Takamiya Nasuno Desu, about one of the Teekyu girls and her butler. Fear not, the comedy is nearly identical to the original (though it starts a little slower) and it only takes three short episodes for the original cast to show up anyway. Shin Itagaki, Teekyu’s director and a former colleague of Hiroyuki Imaishi (Gurren Lagann, Panty & Stocking), is treating this like just another Teekyu, meaning that I get two episodes of the same insanity per week. Who ever said modern anime was hopeless?