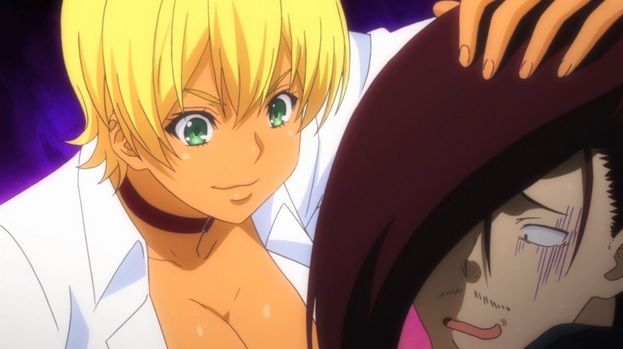 I’ve written before about Food Wars!, but to recap: Soma Yukihira, a sous chef working in his family's restaurant in Japan, is sent by his father to learn culinary skills at the famous Totsuki Academy. Unlike the real world, Totsuki settles all disputes with cook-offs that resemble a Dragonball fight. In the latest rounds of the show, Soma and crew have settled into the Polar Star dorm, and he’s starting to get his bearings. What is keeping me in the show are the ridiculous fights Soma keeps getting into. He’s not in the dorm five minutes and he’s already challenging one of this dorm mates, Satoshi (one of the elite ten at Totsuki Academy), to a friendly fight. From there, he challenges another of Erina Nakiri’s attack dogs, Ikumi Mito. Where the show excels in these episodes is in the way Soma learns from his mistakes. After tackling Satoshi, he learns the way he should challenge other people in the school. Simply put, he needs something to lose in order to fight someone. So using that, he challenges Mito to save a new friend in the school. Cue lots of shouting, people looking furious as they cook, and Soma’s friends looking dumbfounded as he literally flies through with nary a care in the world. Meanwhile, we learn that Erina might not be the driven, cruel taskmaster that everyone thinks she is. Her world would be perfect if not for that infuriating Soma kid who gets under her skin. You know where this is going. I do too but I’m still having fun. More, Garçon! More, I say!

Rokka - Braves of the Six Flowers
Streaming on Crunchyroll 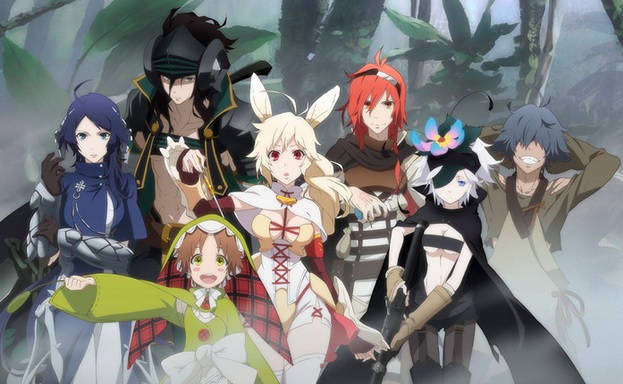 Mixing Tolkien, Journey to the West, and South/Mesoamerican culture is not a concept that immediately lends itself to an exciting show, but Takeo Takahashi’s adaption of the light novel series of the same name more than proves itself in the first episode. Well, insofar as that it knows what it wants to be. Adlet Mayer is the world’s strongest man. We know this because he defeats two champions in the kingdom of Piena who were already fighting each other. Of course, the authorities don’t take kindly to that and promptly throw him in the clink. There, he’s left to rot while a demon lord rises in the west and can only be stopped by six saints. These warriors, skilled in a power or ability chosen by a mark they acquire in proving themselves, can call together upon the power of a goddess who protects the land to defeat the demon. Naturally, Adlet Mayer is one of the saints, as is the Princess of Pienna, Nasshetania (spelled differently in the anime), who busts him out of prison and goes with him to the West to find the other saints and stop the demon lord. The show itself is quick, airy, and full of chances to explore the alternative New World it’s created. I like the characters and especially Adlet, who seems to veer between bragard and skilled swordsman. The mixture of swords and guns, Old World and New World fantasy and adventure, is exciting, and I can only hope the show capitalises on this setting and doesn’t fall back into tired anime high school and fantasy tropes to fill in the gaps. 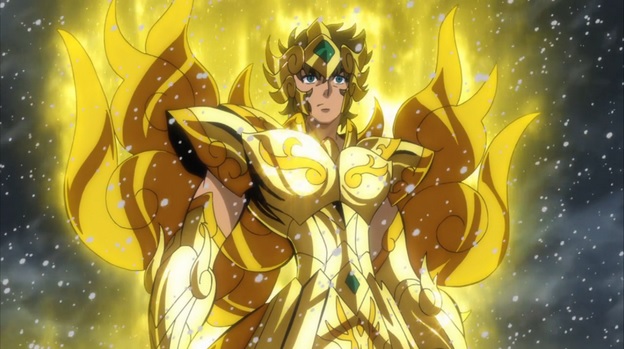 I won’t even pretend to know where to begin with Saint Seiya. A group of people in every generation are chosen by the goddess Athena to defend the world from the evil that men do. These chosen few can call on magical armor and powerful attacks to defeat evil and defend the innocent. Named after the signs of the Zodiac, Seiya is the best kind of shonen fighting manga and anime around. Every hero is heroic, every villain twirls a mustache, and so on. Point is, you can start anywhere, and if you like what you see, you’ll be able to watch any Saint Seiya show. I didn’t say you’d enjoy every one of them, but you won’t be confused. In this version, which is listed as being an internet animation show, the saints find themselves in a Scandinavian setting. Some of the crew are aware of where they are, and others are unable to initially remember. Aiolia, having just sacrificed himself and others to destroy a previous evil, awakens in a land that is not his own. (This is after being rescued by a young woman who needs his help to stop a local prince/wizard from using the Norse mythological tree Yggdrasil to destroy the world.) So far, so Saint Seiya. What has me hooked is the mashing of Greek and Norse gods and stories in an all-out fight to decide who lives and dies. The saints are cool, sure, but they’re also now fractured — some by obligation and others by reluctance to return to fighting. The early episodes start laying the groundwork for this conflict within the saints' ranks. This could all go south in an episode or two, so I’ll simply say I am enjoying it so far and will keep you informed.