Disclaimer: I work for Crunchyroll, who is streaming all of the following series. The opinions below represent my own personal thoughts on the series, not the opinions of Crunchyroll or any other group. 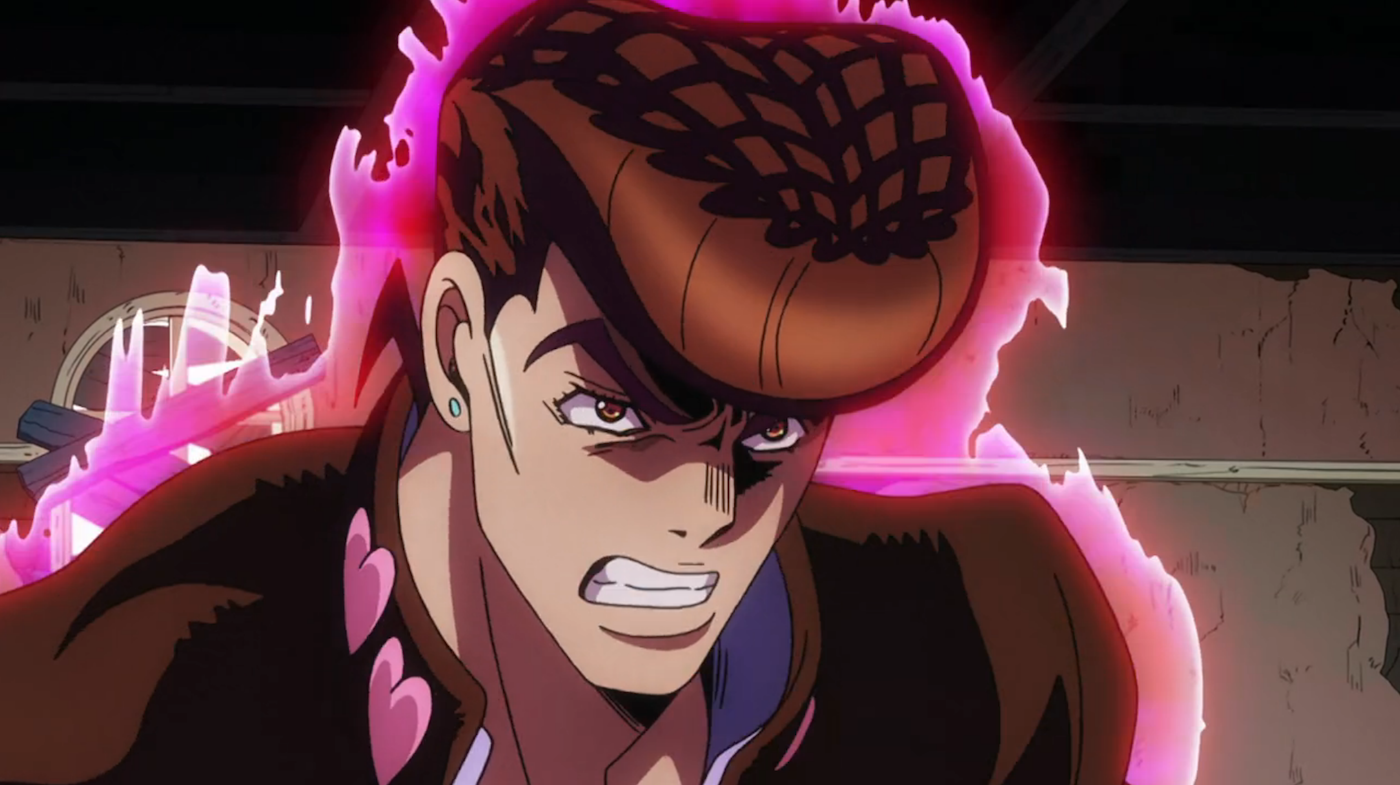 After trudging through the interminable (but occasionally brilliant) Stardust Crusaders, it's time for the part that longtime fans of JoJo's scanlations have been clamoring for: Diamond is Unbreakable. Jotaro is back, but this time he plays the role of the wise advisor to the new JoJo: pompadour-touting Josuke Higashikata. So far, the superpowered Stands are considerably more inventive than those of Stardust Crusaders' main cast, who have powers like "punches a lot," "breathes fire," and "sword." Arguably more importantly, Diamond has a fresh visual style with bright, flat colors in the backgrounds and a return to the flattened tinting effects which the first season used so well. All of this lends this new JoJo's a great deal more energy than the awkward, strained comedy and dour visuals of Stardust Crusaders. I'm in this one for the long haul, but then again, it's JoJo's, so was there ever any doubt? 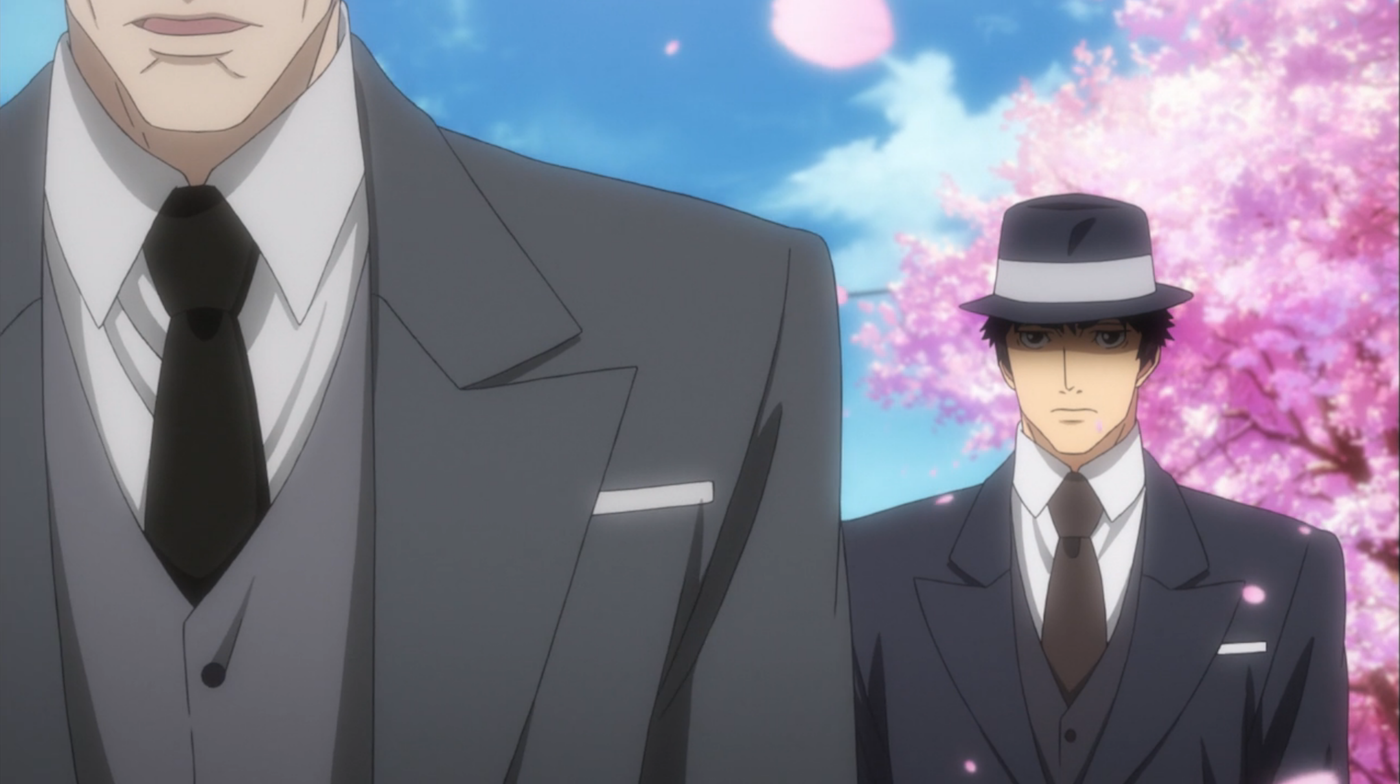 "Early World War II-era spy thriller anime" is an easy way to hook me, but seeing as Joker Game is based on an award-winning novel series and thus not likely to take a lot of liberties with the animated medium, I'm not convinced that its tense mind games can hold up through multiple episodes without getting too talky and dull. By-the-books military man Sakuma provides an appropriate outsider perspective into the dealings of the secretive D-Agency, but in the first few episodes, Joker Game has failed to deliver much of a sustained plot; Episode 3 skips to occupied France and focuses on a single member of the spy agency despite that we've only just been introduced to a nearly indistinguishable cast of well-dressed young men. In the moment, Toshiyuki Yahagi's realistic designs and Production I.G's precise character animation, combined with some clever twists, make it a tense, captivating experience, but I worry this is a series that will run out of steam fast. I'll stick through it in the hopes that it stays this good. 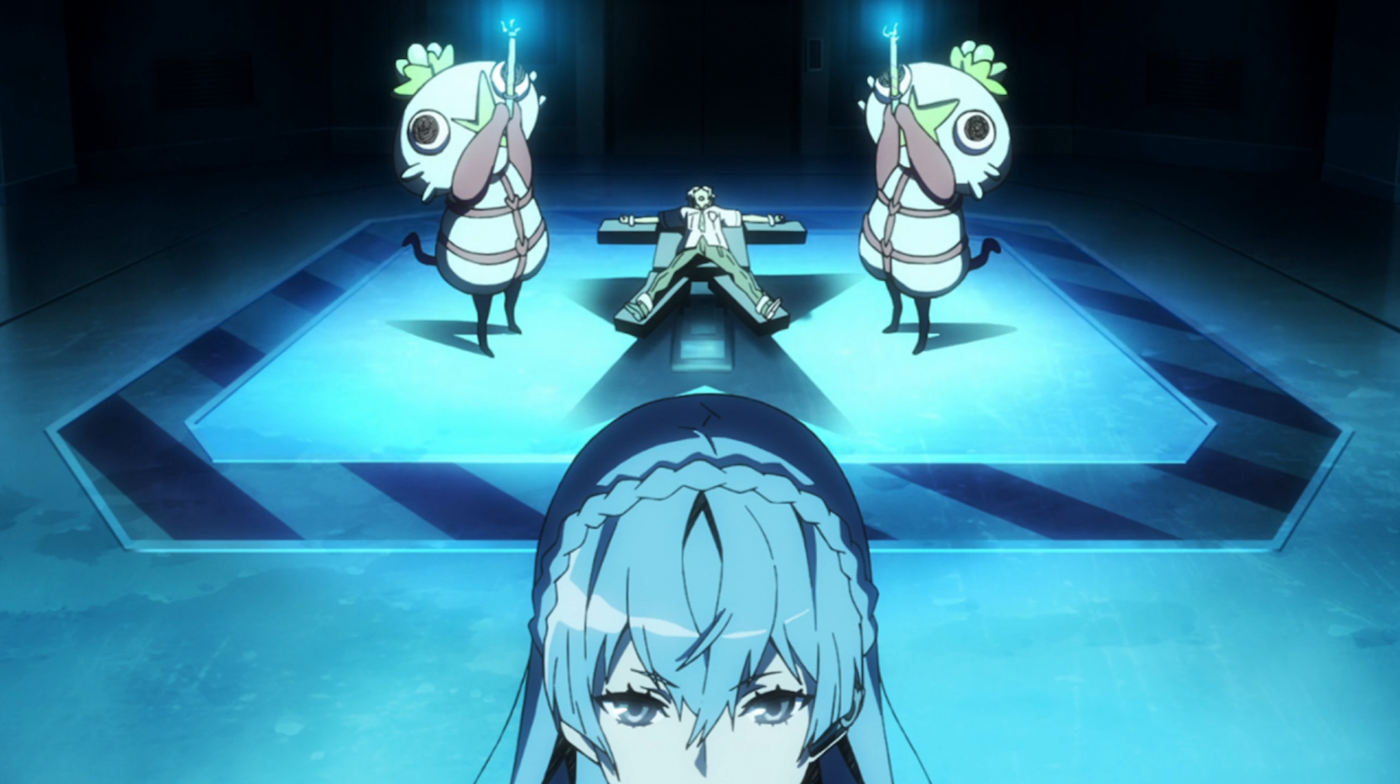 "Kiz-knife-er"? "Kizunaivé"? Nope, it's "Kiz-naïve-er," a pun on kizu (wound), kizuna (bond), and naïve. It’s a bit on the nose, as this is a show about kids who form bonds through an experimental program that allows them to split their wounds between all seven of them. A collaboration between my favorite anime studio (Trigger, creators of Kill la Kill and Inferno Cop) and a writer who I’ve got some doubts about (Mari Okada, of Toradora and AnoHana fame), Kiznaiver is a weird concoction. On the one hand, Trigger’s character design and animation is slick, colorful, and expressive, but on the other hand, Okada’s writing is chock full of simplistic teenage angst and blunt symbolism. So far what passes for a “plot” is little more than some silly antics as the kids figure out their new power, so it's not very clear what the series is really trying to be: comedy, drama, or something else? Regardless, I’m going to keep watching because I’ve got unshakable brand loyalty to Trigger, and even when Kiznaiver is being aggressively anime, it's super stylish about it. If nothing else, the opening theme is one of the best I’ve seen in a long time — an evocative, abstract collage that puts most other anime OPs to shame. 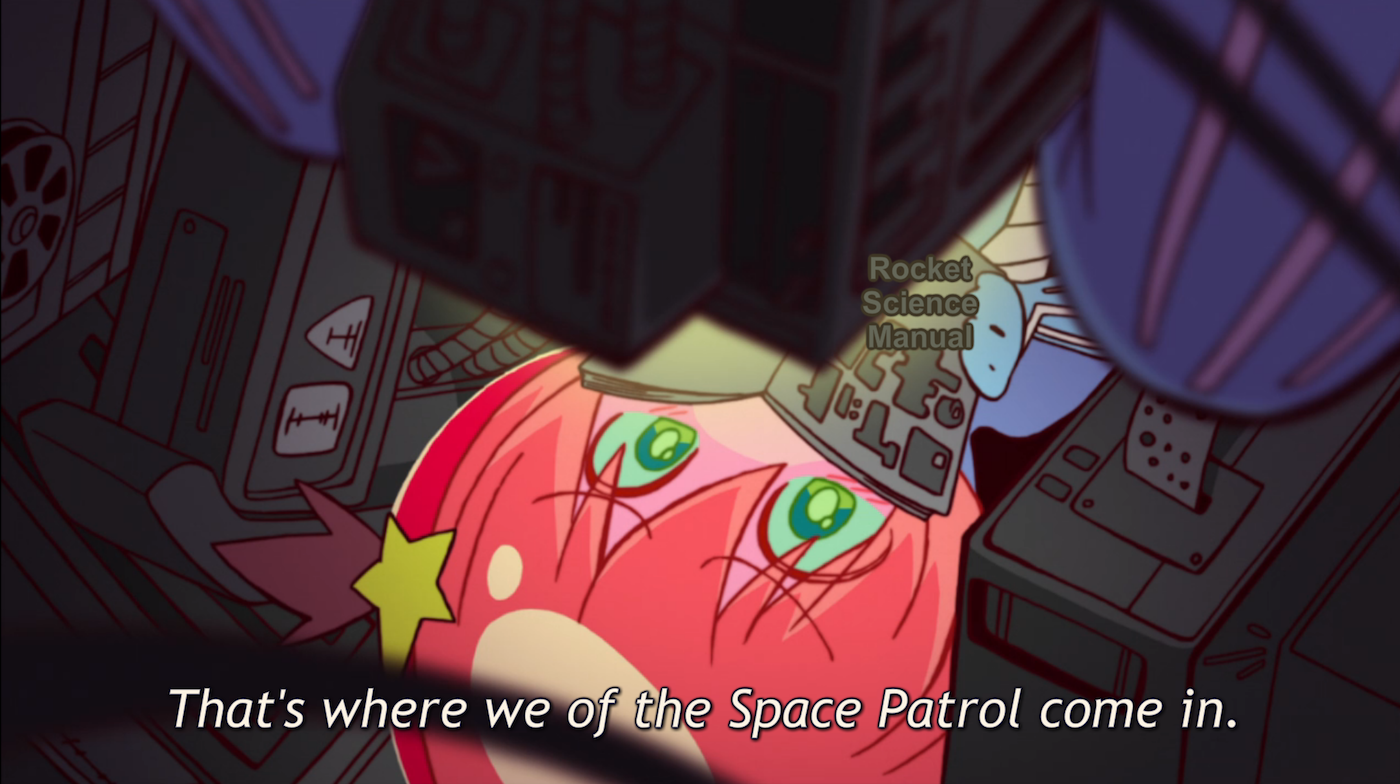 Space Patrol Luluco is the best anime of the season, and likely the best anime of 2016. Directed by Hiroyuki Imaishi (Kill la Kill, Panty & Stocking, Gurren Lagann) and featuring a who’s who of Studio Trigger regulars, the series is essentially a mash-up of Panty & Stocking with Garterbelt, Inferno Cop, and the Mako scenes from Kill la Kill. Full of Imaishi’s trademark manic energy and offbeat comedy, it’s the first true successor to Kill la Kill in Trigger’s catalog. Like most Imaishi series, style takes precedence over substance; the flimsy story about a normal girl living in a town full of aliens who is forced to join the “Space Patrol” is deliberately absurd, providing a loose framework for a bunch of jokes and nonsensical plot developments. Supposedly Luluco will feature multiple references to Trigger’s past work, but as of episode 3 all we’ve gotten is Chief Overjustice, an Inferno Cop lookalike who is supposedly the flaming cop’s boss; and a space pirate character who is extremely reminiscent of Ryuko from Kill la Kill. Space Patrol Luluco has the insane, absurdist comedy and lo-fi animation style that I demand from my Trigger anime. Even if I drop everything else, Luluco’s sticking around.