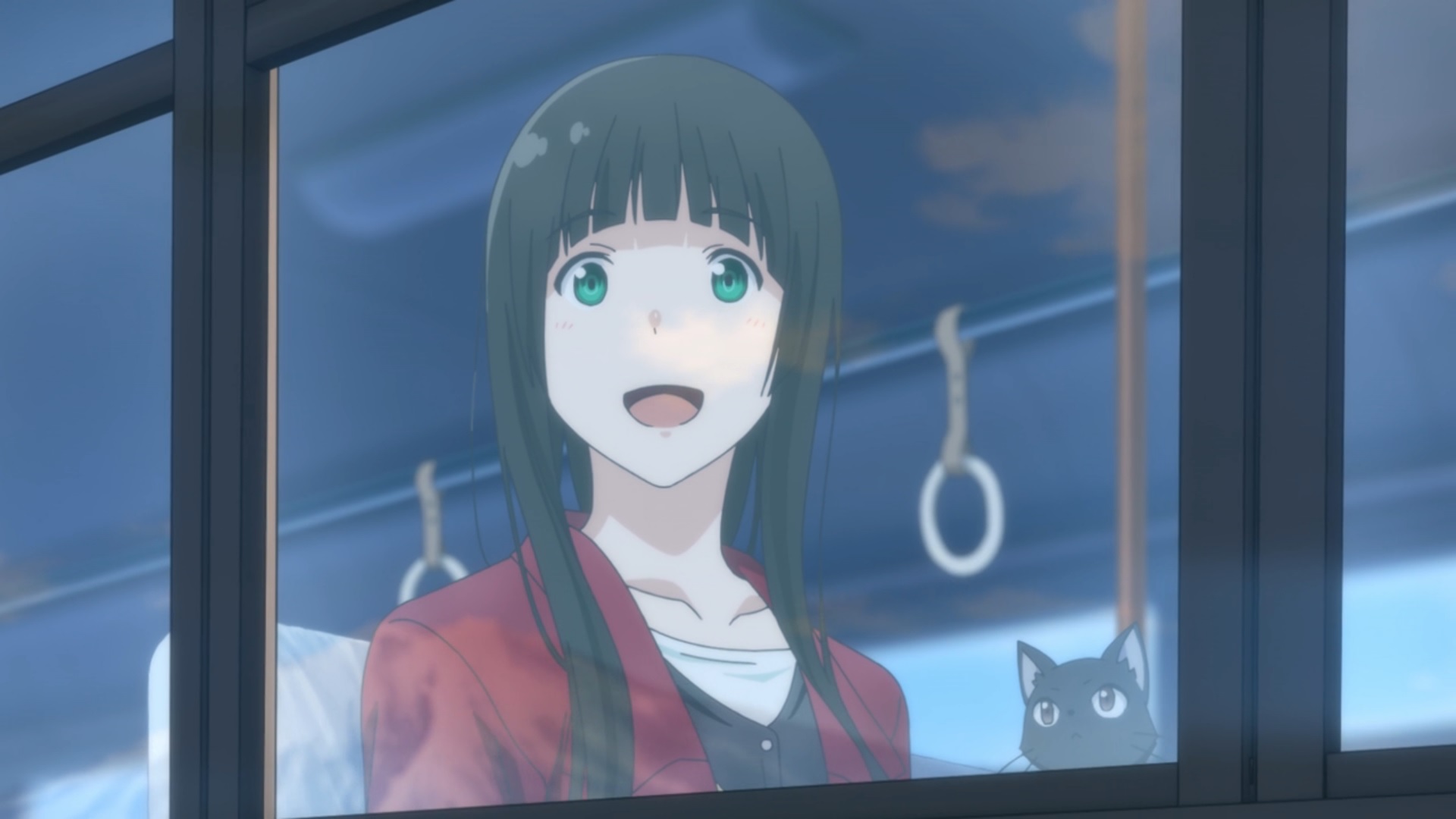 Imagine Kiki’s Delivery Service as a subdued, countryside-set, teenage high school comedy that happens to have a “witch” as a main character. Makoto has girl-next-door-waifu stereotype flags sprouting every which way, but other than her “friendly” and “bad sense of direction” traits, her constant smile is going to have to carry the show. Other than pleasantries with local furries and harbingers, her day-to-day in Flying Witch emphasizes light comedy in balancing the mundane with the supernatural. Episode one: you’ve probably seen the image of her holding the Hell-faced mandrake. I don’t exaggerate when I say the second half of the second episode is her and her friends picking Bakku along the side of the street and turning them into tempura. Even while presenting itself as a slice-of-life in a small, rural town, a show like this is a useful cleanser against the conspiracy theory, Japanese Avengers cookie cutters so prevalent this season. Frankly, the beautiful, rolling countryside setting; plucky, cheerful music; and slow pacing can be a rewarding gateway anime for new Western fans, but older fans will probably leave Makoto smiling and tell her to “get lost” ... which won’t be too difficult. 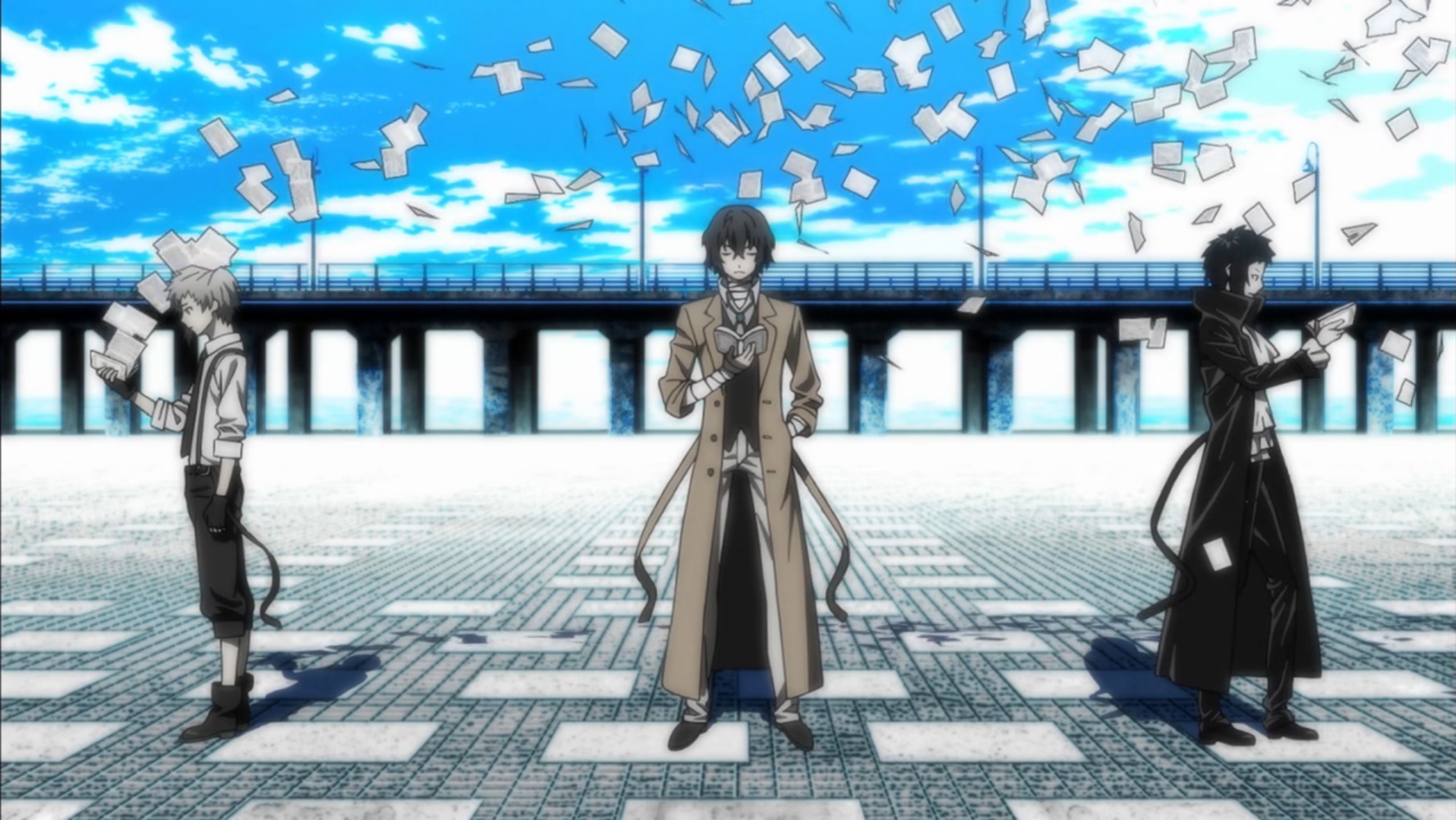 It makes light of incest and suicidal humor. “But it’s colorful and flashy.”

The narrative sidebars are distracting. “I think it’s funny when the same thing happens in every scene.”

The setting remains ambiguous. “I like that he turns into a tiger because I have a cat!”

You don’t need Bungo Stray Dogs in your life. A team of supernatural detectives with an antithetic team has been done, but if you can’t get your hands on a copy of GetBackers or you’re morose enough to find Danzai’s maudlin dialog less than aggravating, go ahead. Due to it’s timeless aesthetic, new viewers expecting a Runaways or a Japanese Teen Titans mock up and can use this as gateway anime to learn archetypal, character-driven repetitive humor. Then dismiss it. I’m being mean for your own good here, people.