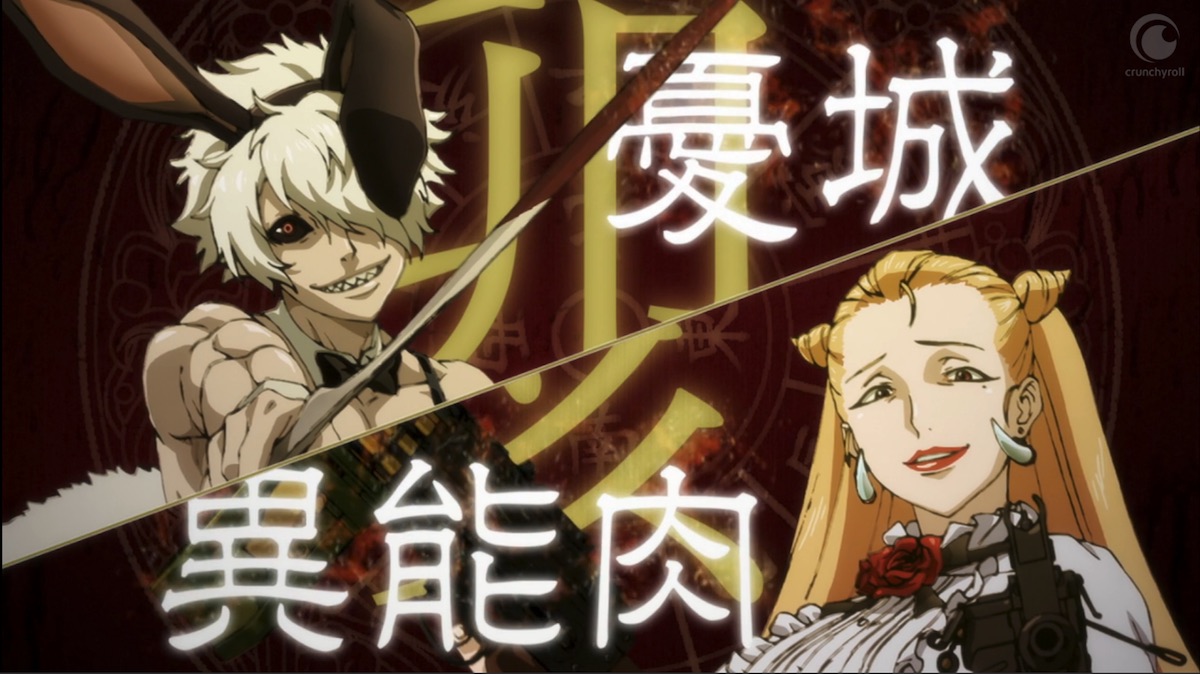 I’m not really sure why I decided to check out Zodiac War this season. I’m not even a big fan of author Nisioisin (Monogatari series)! Still, I’m glad I have at least one show on my queue in which characters regularly get brutally murdered. The zodiac-themed battle royale premise of the series is dead-simple, but it quickly introduces some more interesting drama as the characters gain each other’s trust and deceive one another to gain the upper hand. What I really appreciate so far is how character’s actions have immediate, irrevocable consequences, which keeps the story moving along at a refreshingly fast clip. Unfortunately, despite boasting famous series writer Sadayuki Murai (Millennium Actress, Kino’s Journey), it seems to be following a disappointingly obvious pattern in terms of which characters die when thus draining an otherwise tense, unpredictable show of its primary draw. At least it looks damn good thanks to Graphinica’s tight animation and unnervingly scratchy line art. I’m tentatively keeping up with this one until the repetition gets boring. 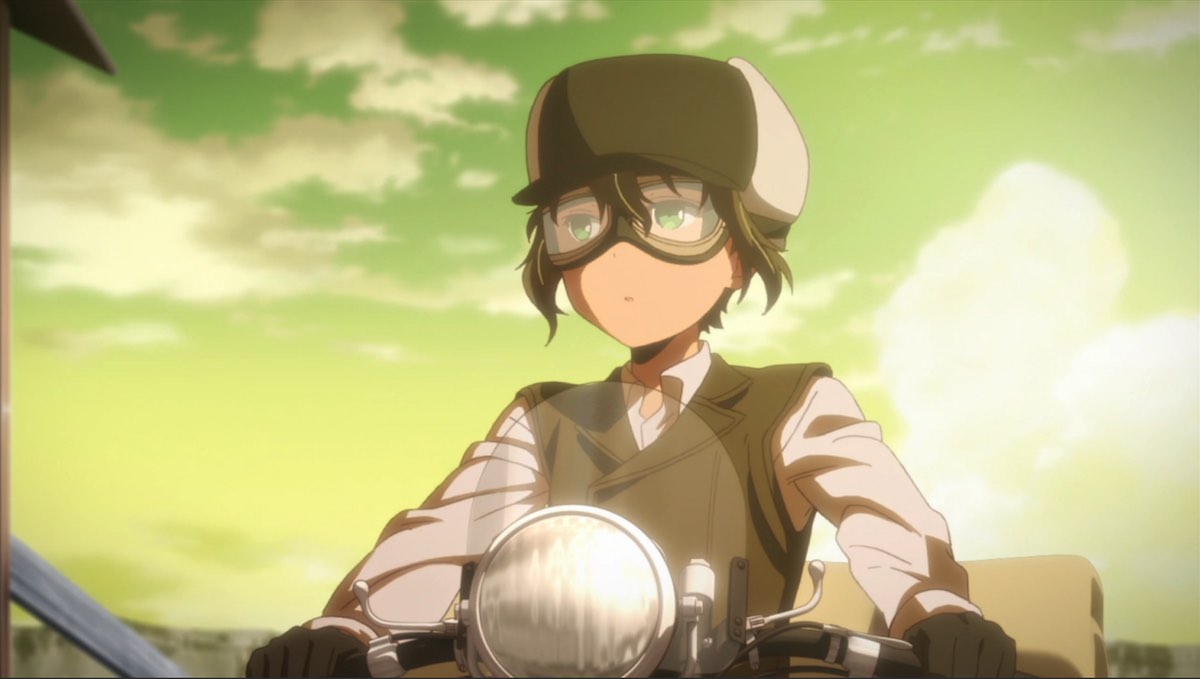 I loved the original Kino’s Journey; author Keiichi Sigsawa’s laconic observations of human nature combine beautifully with the off-kilter visual style of director Ryutaro Nakamura (also the director of one of my favorite series, Serial Experiments Lain). Kino's seems like a strange franchise to bring back, not only because it’s not in line with the flashiness of the 2017 anime market, but also because its anime incarnation is so associated with Nakamura, who died young due to pancreatic cancer. As I expected, the new series, which mixes new and old stories, doesn’t do Nakamura’s work justice despite Sigsawa’s stories being as thought-provoking and morally ambiguous as ever. The production isn’t particularly ambitious, with minimal animation and unremarkable character designs (Kino’s design has changed quite a lot), plus it all seems a little too bright and clean for this old fan. Still, it’s more Kino, and that’s enough for me. 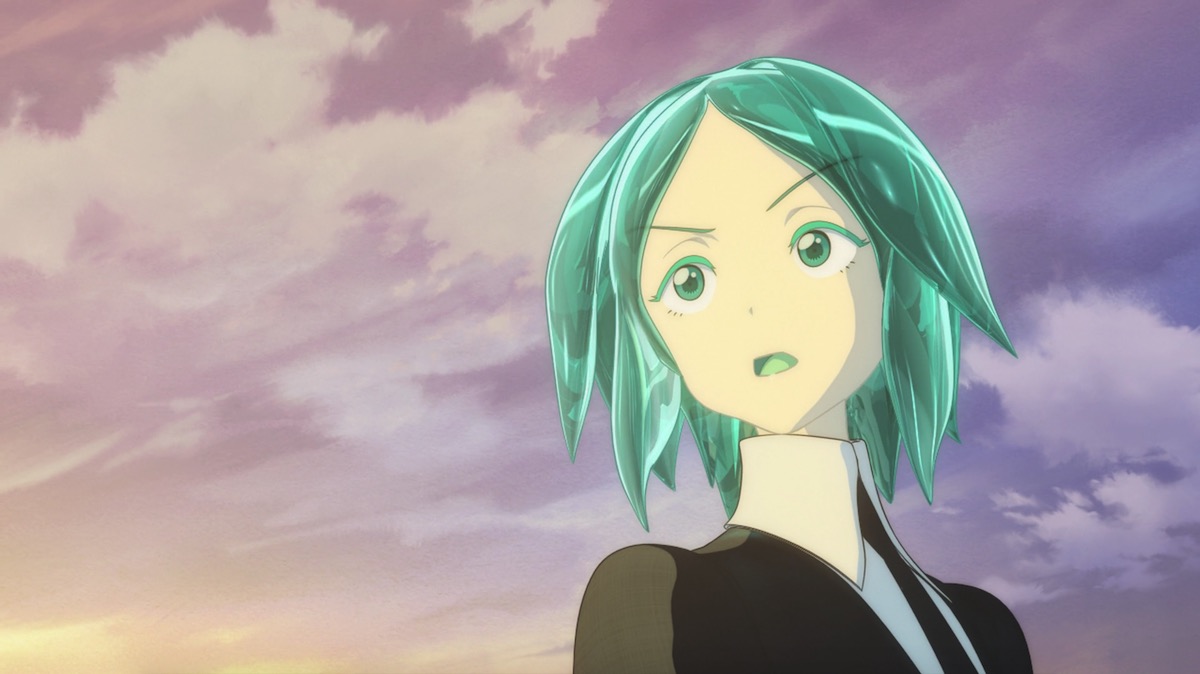 Land of the Lustrous

What an absolutely delightful and refreshing show this is! I’ve mostly lost my patience with the monotony of modern TV anime, but Land of the Lustrous feels unlike most of its contemporaries. There’s been a lot of commentary on the cast of almost entirely non-binary characters, which is interesting enough in its own right, but the series also constructs a strange, fantastical, and not entirely explained world of people made of gemstones and the enigmatic invaders who try to harvest them. With no Japanese high school in sight, Land of the Lustrous really does feel like something new and exciting — free from the rigid genre conventions of TV anime. Of course, it helps that it’s all executed splendidly by Orange, whose surreal CG work is a little janky at times but mostly on par with some of the best Kamikaze Douga and Graphinica animation. And don’t even get me started on the hilarious character acting both from the animators and voice actor Tomoyo Kurosawa. The core story’s been a little slow so far, so I hope it builds into something more as it goes. But so far, this is actually worth the Amazon Strike double subscription.