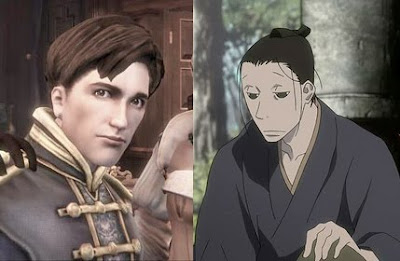 For the five days leading up to the New Year, Ani-Gamers is posting an un-ranked list of our favorite titles from the year 2010, featuring up to two choices from each writer. Be sure to check back throughout the week to find out what geeky stuff our contributors really dug this year! We now present the choices from reviewer and columnist Ink.

Ed. Note: We miscalculated the number of contributions we would be receiving from our writers, so we won't be following a one-a-day schedule from this point on. Sorry!

Fable III (Lionhead Studios): What this third incarnation of the Fable franchise does so completely that the former installations do not is create a truly immersive and believable world in which its main character's participation is only a piece of the proverbial pie. It accomplishes this by forsaking the isolated, hero-centric approach of old and broadening the story's focus and consequences to include the needs of all the people around the hero — intimately and in a broader sense. As people in our world continue to grow increasingly isolated from one another, Fable III illustrates how many lives the actions of one person can affect and also serves as a reminder to step into others' shoes before judging their actions. As a poet, I can think of no better video game execution of Shelley's sympathetic imagination.


House of Five Leaves (Manglobe): Though focused on a group of thieves and a lone ronin, House of Five Leaves is less about action than growing to understand personal reasons behind past actions and present conditions. The main character is a samurai turned woebegone bodyguard who is hired into a den of thieves that kidnaps people for ransom, under the auspice of humanitarianism. The art is a bit jarring at first, with fish-like faces adorning otherwise realistically drawn bodies, but there's no denying the animation's beauty via color contrasts and use of darkness or its direct reflection of the story's pacing, which is slow and utterly character driven. All the above characteristics contribute to the sense that this is not an anime aimed at kids but rather the adult viewers of the noitaminA block in which it appeared.