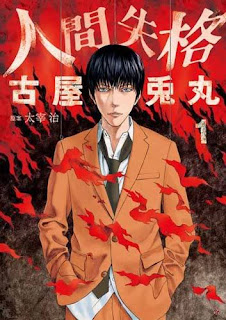 According to a statement released yesterday from Vertical, Inc., No Longer Human, the manga title announced recently at the New York Comic Con alongside The Book of Human Insects, has not actually been acquired for North American distribution. The statement, quoted in full below, claims that rights negotiations are still ongoing, but a "communication error" caused the announcement of the acquisition of Usamaru Furuya's manga before negotiations were complete.

Luckily, it would seem that the series is still well on its way to American release, but cancelled licensing deals are a consistent fear whenever the anime or manga industries see a premature leak or announcement of a rights acquisition.

At their Saturday October 9th panel at New York Comic-Con, Vertical, Inc. announced to great fanfare a number of license acquisitions scheduled for 2011 release. Regretfully, one property, No Longer Human by Usamaru Furuya, was prematurely disclosed to the public.

Due to a communication error between the company’s New York and Tokyo offices, the property was falsely presented as slated for publication. While the licensors for this series and Vertical are currently actively in contract negotiations, the North American rights have not been secured. Vertical, Inc. will continue to work with the rights holders for No Longer Human with hopes to properly acquire the license, and it apologizes to all parties involved in this unfortunate and unintentional error.