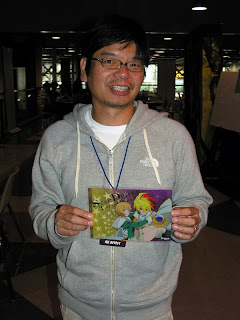 At the New York Comic Con/Anime Festival 2010 a few weeks ago, I had a rare chance to sit down with the co-founder and president of BONES anime studio, Masahiko Minami, thanks to the folks at Bandai Entertainment who had brought him to the convention. We discussed BONES' animation and production style, organizational culture, and history while touching on a few important series that Minami has worked on and talking over the future of the anime industry.

I'd like to thank Minami-san very much for taking the time out of his busy schedule for the interview, Bandai Entertainment Marketing Director Robert Napton for scheduling the interview, Aniplex translator Yosuke Kodaka for helping out with the translation on such short notice, and students Sarah Miura and Hiromi Kiuchi for their help in working out some of the more difficult-to-understand pieces of the translation after the fact.


Ani-Gamers: As a producer, how much of your job is creative, and how much of it is more business-oriented?

Masahiko Minami: As the president of BONES, I'm in charge of both the creative and the business side at the same time.

At BONES specifically, but also in your work at Sunrise, you worked on a lot of shows that eschew a distinctly Japanese aesthetic in favor of a fantasy, science fiction, or Western style. How have you found that that aesthetic affects the success of a series both in Japan and abroad?

So when I became a producer quite a long time ago, at the time, Japanese animation was becoming popular [around the world]. And basically, in my mind, my primary market was still in Japan. My attitude toward the fans is to provide a good thing first to the Japanese audience. But at the same time we are also aware of the overseas fans, so our primary market is in Japan but we are also aware of the broad, [worldwide] audience.

BONES seems to have made a pretty smooth transition from the age of cel animation to digital animation. Can you describe that process?

So, at the [same time that] we were drawing Angelic Layer with the digital techniques, we had also a different line making the Cowboy Bebop (2001) movie with cels. So we were doing a kind of parallel [workflow] with digital and cel [animation] at the same time. 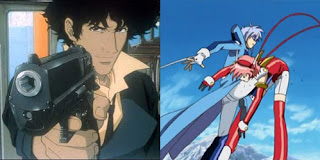 So onto a more specific question, Sword of the Stranger (2007) is a strange thing in this day and age: an anime film not based on a pre-existing franchise or brand. It is also a very traditional genre film, which is equally rare. Why did BONES decide to go through with the project?

At first, in my mind, [I thought that] BONES is very good at action series such as Cowboy Bebop (1998), Fullmetal Alchemist (2003), and Soul Eater (2008). [...] So the first concept that came to mind was to create a movie series with those producers [who are] really good at action series.

And that's why it's a historical series — a lot of series are using sci-fi, action, and laser beam [aspects]. Instead of that, we [wanted] to create a series about human beings, [with] a more natural kind of drama, so that is why we selected a historical theme. 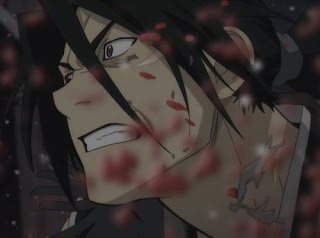 So, based on that fact, one more reason that we chose that historical age type of thing is that when we see The Lord of the Rings (2001) or The Chronicles of Narnia (2005), as Japanese we see that as a sort of fantasy, even though that is a historical type of thing, but also we thought that a Japanese [period piece] story would appeal as a fantasy to Western audiences.

You actually mentioned that BONES does a lot of action series, so I'm curious: what went into the decision to produce Ouran High School Host Club (2006), which is a very different turn for the studio?

[Laughs] Among the whole BONES line-up, Ouran is really a kind of strange series, actually!

The [BONES] producers are really good at action, but they [don't] tend to do just action series. [While] reading the original books, [they found that] they had lots of elements that appeal to a producer, [such as] a unique style of high school life (the host club), gathering up a team, and also supporting each other to kind of get a heart-warming kind of story. So that's why they selected it as a series. 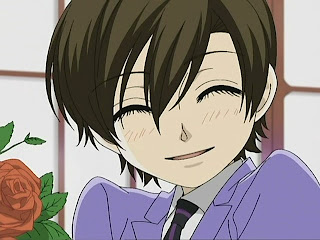 Actually, I have a very specific question from one of my readers. He's a big fan of Ouran, and he was wondering why BONES made some of the changes to the story of the original manga.

So, as in Ouran, the previous Fullmetal Alchemist series has original factors, since the manga was not completed at that time. For Brotherhood, we were told that the manga series would be completed in the production period, so we decided to do a complete [anime] series based on the manga.

For Fullmetal Alchemist: Brotherhood, we tried to utilize the good points of the original manga as much as possible. We [worked on] in the project [from that standpoint]. 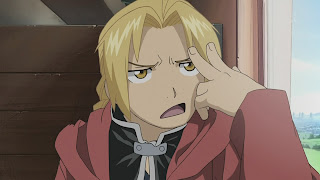 How does the process of production differ when adapting a manga or other property versus creating an original property?

For an original story, we have to create the screenplay and the basic story and setting as well, so when we create an original [property] we have to put in much more effort compared with a [series] based off of manga or novels.

And for the process of producing an original story, we have to think about the technique or imagination that the creator would like to put into the original story, and what kind of demand is now in the market from fans. We will deeply research in that field, and [utilize] our best knowledge about the animation techniques and story. So, we put everything in it for the original.

You've worked with Shoji Kawamori on both Vision of Escaflowne (1996) and Eureka Seven (2005). What do you think that he brings to the anime projects he works on?

[Laughs] It's an old relationship. I first met Kawamori-san when I was [working for] Sunrise, and I have a long relationship with him.

The two talents that Kawamori-san has are: (1) creating original stories and (2) mechanical design; in [terms] of that he is really talented. Also he always has the mind of a childhood boy. 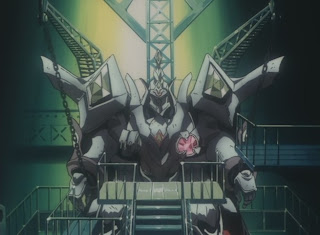 If you could work on one anime or manga property past or present, what would it be? [After some miscommunication, this question was morphed into, "What is your favorite series, out of everything you've worked on?"]

No matter what, if it's based on a manga, or novel, or an original [story], I like all the titles that I get involved in like my children.

Yeah, I actually hear that a lot from creators.

Your colleague Dai Sato recently spoke out against the concept of "Cool Japan," claiming among other things that the anime industry is now a "super establishment system." He argued that anime fans are losing their media literacy, and complained about something called "kuuki-kei" (atmospheric stories). Do you see any of those same problems, and if so do you see any viable solutions?

Yes, I think that was one of the ones Sato was complaining about.

I actually watched a couple of episodes from K-ON!, but I couldn't totally understand it.

So, after I watched a few episodes from K-ON!, I actually understood that atmosphere of appealing to fans — not that feeling, but the experience of [spending] time with a girl in [real] life. I understood those kinds of concepts myself. But I cannot make it, [at least not by] myself. 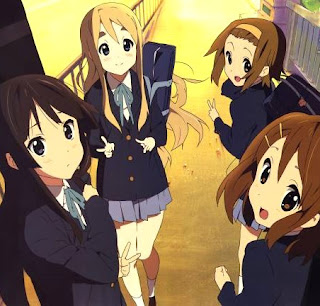 On that note, where do you tink BONES stands in terms of what kinds of anime series it creates, in terms of muzukashii-kei (difficult stories) or kuuki-kei? I think a lot of fans would probably say you are on the muzukashii-kei side.

[Laughs] In the current Japanese animation market, the trend is [moving] toward much more kuuki-kei series, and it's much easier to make money since we can see certain fans following that category. But at BONES, we are still discussing [ideas] with creators [in order to] compete with those series.

The title will [still] have to be identifiable, and there shouldn't be any similar series among the lineup. We create BONES titles [with the belief] that they should make the fans surprised with every title. That's our goal as a studio. When we created Ouran High School Host Club, Japanese fans were also surprised by it.

Do you feel that BONES has a specific style or tone to their series? A brand or mission statement maybe?

And it is kind of behind-the-scenes, but I put my effort into creating communication among people — the staff, fans, or other partners. I think that it is important to create that communication [in all of the series that I create].

It's interesting you said that you like to keep the series from being too similar. I think for a lot of fans there's a feeling that BONES series just feel different. People see a BONES series and they say "that's BONES, I can tell. That's not anybody else." So, is that intentional?

Actually, I am the president of BONES, but I am not a management-type person, so I am close to the creators. That's why my works are quite identifiable, and also surprise the fans every time. If I became a management-type person, maybe I would make more kuuki-kei titles to make money, but as a creator I like to create titles by myself. That's why our titles are identifiable, quality is high, and we surprise the fans every time.

That's all I've got. Thank you very much for your time, Minami-san!