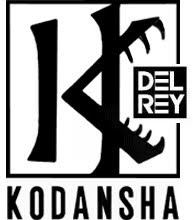 Today, Kodansha USA, the American subsidiary of Japanese publisher Kodansha, announced that, as of December 1, 2010, it will be taking over licenses held by Del Rey Manga, the division of Random House that formerly published a large number of Kodansha titles. Random House Publisher Services will now be directly interfacing with Kodansha to bring its manga titles to the American market.

According to Kodansha USA's press release, "Del Rey's ongoing manga titles which were licensed by Kodansha will be gradually taken over by Kodansha USA Publishing on a per-title basis." As such, fans of ongoing series like Moyashimon and Tsubasa: RESERVoir CHRoNiCLE will probably be able to get their hands on new Kodansha versions of these series in short order. Unfortunately, the release says nothing about completed Del Rey licenses, which may result in some (though likely not all) of Del Rey's former series going out of print.

As big a change as this is, it's admittedly not very surprising, since Kodansha USA began releasing republications of Akira (Katsuhiro Otomo) and Ghost in the Shell (Masamune Shirow) — both former Dark Horse titles — last fall, while Del Rey Manga has been facing a number of problems since then. Notably, their number of licenses have dropped, they've significantly reduced their number of convention showings, and Marketing Manager/"Awesome Bow-tie Dude" Ali Kokmen was laid off this past July.

On the bright side, Associate Publisher Dallas Middaugh will remain with Random House as he coordinates the new partnership between the publisher and Kodansha, though it would seem that he will be the only person left over from Del Rey Manga.