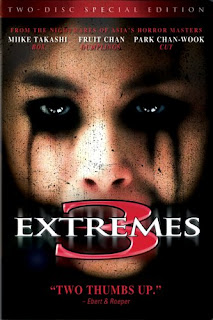 Editor's Note: Welcome to our Halloween Staff Picks 2010. (You may remember our version of this last year.) This time around, we've only got four picks — three from Ink and one from Vampt Vo — but we hope you enjoy it. Let us know if you try any of these titles, and suggest your own Halloween favorites in the comments!

Released in 2004, this movie is actually a collection of three shorts by as many different directors. Each exudes a unique, October-worthy charm that says humanity is the best horror around. "Dumplings," directed by Fruit Chan, deals with special, crunchy-style dumplings that promise to restore an aging actress’s fading youth at greater and greater moral costs. Directed by Chan-Wook Park, "Cut" centers on a film director whose piano-playing wife has been taken hostage in the director’s own home. Bound, the main character is constantly forced to try to appease the antagonist’s twisted demands in order to save his wife. "Box," by none other than Takashi Miike (Dead or Alive, Ichi the Killer), is pure Miike. Really, I only need to say three words to justify my recommendation: carnival, twins, and jealousy. This is currently streaming through Netflix and may be acquired on the cheap ($11.99) via amazon.com. 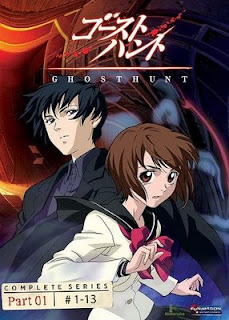 To emulate the effectiveness of the actual ghost stories it tells, Ghost Hunt keeps true to the primary rule: brevity. Though the series spans 25 episodes, there are eight separate “files” or cases investigated by the same team of protagonists. This series loves to play on its own formula, starting early with the is-it-or-isn’t-it ambiguity inherent in paranormal investigation, and then builds each scenario to play upon the convictions of the former. Each character comes from a different background with certain specialties, and the characters as well as their relationships to one another evolve over the course of their investigations. Stories run the gamut from funny and tense to sullen and haunting. FUNimation’s S.A.V.E. edition just came out, and you can pick it up for $21 or so. 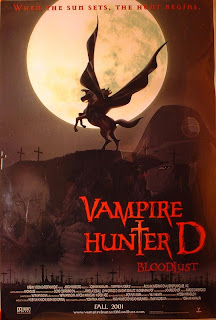 When it comes down to classic anime horror, few franchises can beat Vampire Hunter D, the film series based on Hideyuki Kikuchi's Japanese novels (Which I suggested in last year's Staff Picks). The first Vampire Hunter D (1985) certainly hasn't aged too well with its dated character designs and Toyoo Ashida's (Fist of the North Star) directing, but it's still a relatively fun time for fans of old-school anime.

On the scare side, it's filled with gruesome monsters and dark, post-apocalyptic landscapes. Plus, the villain, Meier Link, is delightfully creepy, with his languid demeanor and long-faced character design. It might not be a traditional horror movie, but as a horror-themed action-adventure film, Vampire Hunter D: Bloodlust will certainly be a fun addition to your Halloween festivities. The Urban Vision special edition DVD isn't particularly cheap, but it's a disc that's sure get a lot of use over the years. 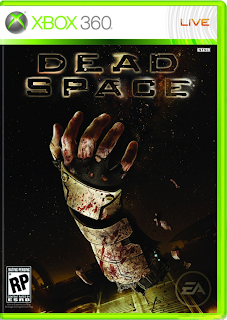 Unfortunately, I have been gaming exclusively on my Xbox 360, so I haven’t come across any good J-horror video games of late. But as far as creepy action-horror titles, I fully recommend Dead Space (Xbox 360). I played the latter at the insistence of a co-worker and do not regret it. Even though the story’s setup, progression, and interactivity nearly mirror that of the older DOOM 3, the third-person POV definitely adds over-the-shoulder terror. Both games use silence and ambient noise to heighten tension, something at which J-horror games are usually very adept, but Dead Space also offers inventory limitations to enhance the feeling of desperation and helplessness as well as close-quarter environments that are great for inducing claustrophobia. One of the Xbox 360’s Platinum Hits, you can pick this title up for $19.99 or less. The prequel is available on Xbox Live, and the sequel will be out in January 2011.