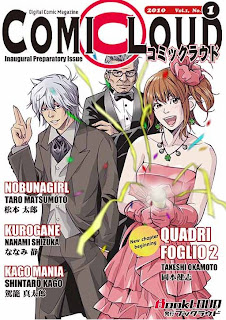 I would not have known about the existence of the digital-only manga anthology Comicloud if not for @animeresearch on Twitter. So, all due respect to him for alerting me to it. Comicloud is published via the Amazon Kindle online marketplace, and as I have both an iPhone and an iPad with the Kindle application installed I was instantly curious.

First of all, I wanted to get all discussion of the application itself out of the way. Buying and downloading the eBook is seamless; the application takes you to the Kindle marketplace and back again straight away after a purchase. Downloading the book, even on multiple devices, is utterly painless. However, viewing the magazine itself has its issues — zooming into the pages is rather cumbersome and once zoomed in (especially on the iPad) you have to revert the page to its native size to turn the page. This issue is exacerbated by the fact that each page is shown at less than the full viewable area of your device so you get massive margins around each page.

Now, onto the anthology itself. The file size is rather dinky (9 MB, to be exact). While this is great for quick downloading on the move, the image quality suffers from this small size as zooming in even a little on the pages makes image compression readily visible. The size of the images that make up the anthology are rather small, resulting in massive margins around the pages on the iPad and noticeable amounts of unused space even on the smaller iPhone. This fact, combined with the previously mentioned issue of being unable to turn pages while zoomed in, makes reading the magazine a chore.

Another much more irritating issue is that both the translation and the editing feel lazy. The former is at least functional despite its poor use of punctuation, but the typesetting of the dialogue and sound effects feels very poorly handled and is detrimental to enjoyment of the magazine. All the text is presented plainly, sound effects outside of speech bubbles are untranslated and there is nothing to differentiate between sound effects and dialogue that are placed inside bubbles. The actual presentation of the content feels like an afterthought.

The longest of the individual contributions, Quadriofoglio follows the genius mechanic Yotsuba (no relation to the adorable character from the manga of the same name) as she joins a university car racing club and helps out at her family garage. I must admit I had severe flashbacks to Initial D while reading this due to the very impressive, photo-realistic drawings of the cars, and thankfully the people didn't look half bad either and were an engaging bunch to read about. The main problem I have with the series is a lack of any feeling of motion either within or between the separate panels, making it feel more like a series of stills than an ongoing, unfolding drama. In a manga about things that go “Vrooom!” around a track very fast this saps some of the fun out of it. Still, it’s a fun read and I would be I happy to see how it develops in further chapters. Searching for information of its predecessor (Quadrifoglio) has left me empty-handed, sadly. 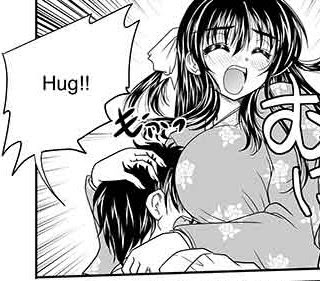 So, let me outline the premise here: loser guy meets hot dense girl out of nowhere and has to live with her, and she inexplicably likes him. If you just passed out as a result of how generic that sounds, then you know how I felt reading it. The series even ticks the additional otaku bait box of having a trap turn up in the first 10 pages. Sadly the clunky translation hurts this series, making the main expository pages of this chapter read like a garbled mess and so I’m not sure if the premise has anything going for it. The art looks serviceable enough (especially the breasts of the main female character), but in general the whole package is woefully forgettable. It does however have the best sound effect in the anthology: "Hug!!" Two exclamation marks! Wowzah. 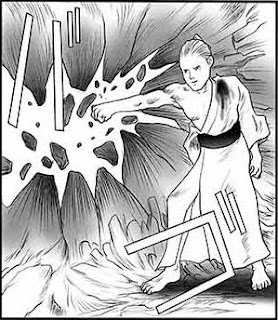 Time for brutal honesty: Nobunagirl has terrible, awful art and is hard to take seriously. Both lineart and shading are all over the place and panels that should be badass inspire more laughter than awe. The plot jumps from a demon infested Warring States era featuring Oda Nobunaga into an even weirder sci-fi setting which has very little thought or care put into it. The last panel is so bizarre it has to be seen to be believed: a young girl riding on the back of a terribly drawn ripoff of the alien from ... Alien (1979). I think I uttered "Are you serious?" while reading it. Skip this. 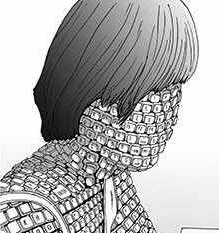 For me, the promise of content from the surreal mind of Shintaro Kago (who is called a "fantastic idea cartoonist" in his own bio) was the "killer app" that pushed me over the edge when buying this anthology. Imagine my surprise when the content supplied had much higher quality drawings than his usual fare, but then also imagine my disappointment when I discovered that he had only four pages in the magazine! Each page is a single, full-page image of a surreal idea given flight, and while I enjoyed them, it was all over too soon. What a shame.


Overall, I feel conflicted about Comicloud. While I love the idea and dearly wish for it to find an audience, the content just isn't there yet. Over half of the 80 pages delivered are skippable and the rest feel cheapened by the small image size and poor typesetting.

Personally I am looking forward to the next few issues to see how the magazine develops, and hope that the hard work and enthusiasm that the editors clearly have for their product pays off.

This review is based on the Kindle release, purchased by the reviewer.