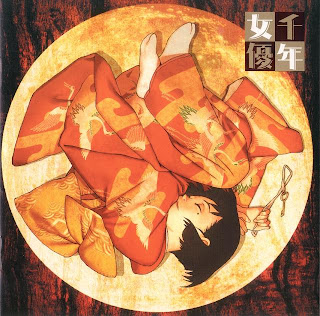 Ani-Gamers is publishing a handful of messages from our bloggers expressing our personal reactions to the great loss that is the death of anime director Satoshi Kon. For the final installment, Evan remembers his experiences with his favorite Kon film.

Though many anime fans know Satoshi Kon for his more recent, more publicized works such as Paranoia Agent (2004) and Paprika (2006), the celebrated anime director has been my favorite since the credits rolled on one film: Millennium Actress (2001). The story of two documentary filmmakers' quest to recount the life of an aging Japanese film actress struck me from the very first time I saw it, and its poignant ending now holds even more meaning to me in the wake of Kon's untimely death.

When I first experienced Millennium Actress, I cried (a rare occurrence for me). Its structure leads up to an incredibly tense series of scenes so infused with emotion that even my reviewer's mind couldn't help but get caught up in the feeling of it all. I was so blown away with it that I purchased the first copy I could find and showed it to my family, friends, and high school anime club. In fact, during the four years of my tenure as president, the club showed the film every year, and I personally watch it at least once or twice a year. It is, without a shadow of a doubt, my favorite movie of all time.

Thinking back, though, the life and death of the main character, actress Chiyoko Fujiwara, is almost an accidental analogue to Kon's. Kon's career was also defined by spectacular, critically-acclaimed pieces that often told stories with similar, overarching themes. Both were deft at eliciting strong emotional reactions from their fans.

But the most heartbreaking connection comes in death. Both the fictional character and the real man died with only a small number of people around them, with their oncoming demise hidden away from the rest of the world. Nevertheless, they leave us with the understanding that it is often the journey, rather than the destination, that provides us with true happiness.