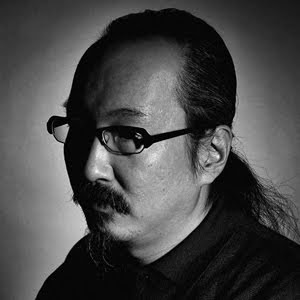 EDIT 1: Former Otakon con chair Jim Vowles claims in a forum post that he has spoken to studio Madhouse's founder/producer Masao Maruyama (a frequent guest at Otakon), who confirmed Kon's death. According to the post, Kon died yesterday, though no mention of cancer is made. This certainly lends credence to the other stories we've been hearing, but I'll stay on top of any further updates.

EDIT 2: Anime News Network has reported on Vowles' confirmation, leading me to finally lay to rest my doubts about the death. Ani-Gamers will likely run coverage in the near future to pay tribute to the beloved, award-winning director.

EDIT 3: Anime News Network has published a letter from Kyōko Kon, Satoshi Kon's widow, that was originally posted on the Madhouse web site. It confirms that Kon died of pancreatic cancer on August 24 at 6:20 a.m (Japan Time). He was 46 years old, not 47, as many reports — including ours — have stated.

We are currently hearing widespread, unconfirmed reports of the death of anime director Satoshi Kon (Millennium Actress, Paprika, Paranoia Agent). It all began with a Japanese tweet from Gainax producer Yasuhiro Takeda alleging that Kon had died today at age 47. From there, the rumor snowballed across Twitter in multiple languages, but due to the time difference between North America and Japan, there has been no official Japanese confirmation as of yet. Nevertheless, Anime culture researcher Alex Leavitt translated a tweet from Takeda that confirms his confidence in his prior statement and provides a possible cause of death ("Seems real, heard it was cancer").

There is little that can be done now but wait for an official report out of Japan, but if this news turns out to be true, it represents a powerful blow to the anime industry. Rest assured, Ani-Gamers will keep on top of this emerging story and update this post as more information surfaces.