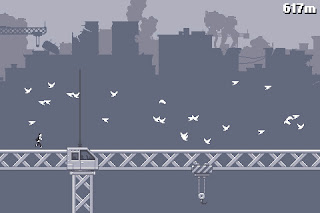 One of the main reasons why I decided to go against my better judgment and buy an iPad was because I already had a glut of applications and games that I could transfer from my iPhone. With some minor exceptions, the iPad can run most software originally made for its smaller cousin, emulating them at either the original screen size or blown up to fill the iPad screen. The results of doing this can be somewhat mixed and so I wanted to run through some of the more popular games or apps (at least the ones I have) in order to highlight those apps that are well worth sticking on your iPad, whether you have an iPhone or not.

One of the best examples of one-button gaming, Canabalt has you running from a shadowy menace by jumping from rooftop to rooftop. The game both benefits and loses something by blowing it up on the iPad, as the distinctive art style losing some of its charm through the process of being enlarged. The gameplay remains as tactile as ever, and I must admit I have reached higher scores on the iPad because I don't have so much of the screen covered up by my huge thumbs. The game is still great fun and well worth picking up.

Note: in the time since this review was written, Canabalt has now been made to work natively on both iPhone and iPad in a single download! 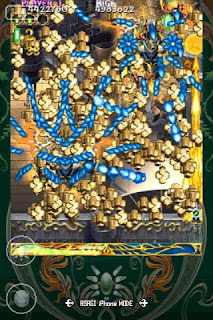 Espgaluda II is one of those crazy "bullet hell" games you may have heard about. I am a massive fan of these due to the challenge and unique art styles they present, even though I am utterly terrible at playing them. Fitting a fully realized shoot-em-up on the iPhone is already a marvelous achievement, even if everything feels a little cramped and at times it is hard to navigate through bullet patterns unless you squint and bring the phone right up to your face to see what is happening on screen. Running the game on the iPad alleviates this issue, and the blown up graphics look more impressive on the larger screen as you can see all the detail with greater clarity. Sadly the game is still rather short and on the easy side, but still well worth a look due to the high replayability on offer. 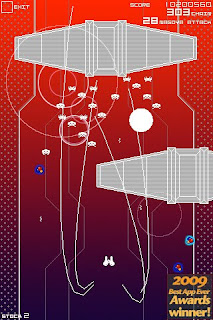 Sticking an already wonderful shoot-em-up with minimalistic graphics and a seemingly endless array of unlockables onto the iPad has encouraged me to play the whole thing through all over again. The whole package looks amazing on the larger screen and the controls work marvelously. If you somehow missed this before, get it now. 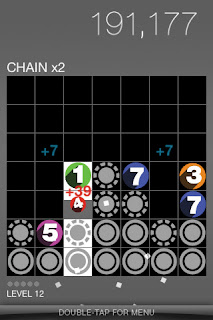 A particular favorite of mine, Drop 7 is a slim, elegant puzzle game where you make horizontal and vertical rows with numbered blocks to rack up points, kind of like Tetris. Sadly, the massive iPad screen makes the game feel rather clunky, changing from a simple one-handed game into an unwieldy overblown mess that is uncomfortable to play, and ruining the simple graphics that work so well on the smaller screen. Stick to playing this one on your iPhone or iPod.

Note: In the time since this review was initially written this game has now been updated to work natively on the iPad screen. It still suffers from the issues outlined above, sadly. 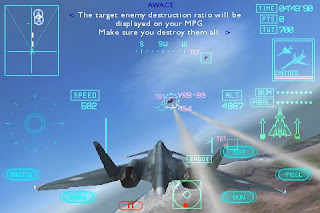 At some point a while ago Konami decided to do something rather crazy and create an iteration of their air combat series for the iPhone, with this as the result. They also ignored getting the game text proofread and decided to nickel and dime customers by charging for DLC in the app, but that is beside the point.

While the game still looks and sounds great blown up onto the larger screen, the control system has suffered horribly. Given that many of the control methods rely on tilting the device, an easily accomplished exercise on the iPhone, the game is harder to control than a truck doing 100mph on an icy highway. You'll find yourself overcompensating constantly trying to control your plane and this combined with the tiny dead zone in the tilt sensor makes the game painful to play. 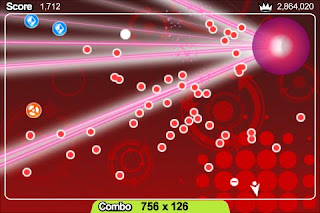 This game also relies entirely on tilting to control it, and to a higher degree of precision than in Ace Combat, or any other tilt-based game for that matter. Not only that, but you'll look an utter tit swaying your iPad around trying to engage with the Geometry Wars-style gameplay. Stick to playing it on the iPhone.


Ed. Note: The show will go on in a week or so with the second half of the iPad edition of Elliot's iPad game review series. Plus, we've got even MORE reviews of full iPad games coming as well.