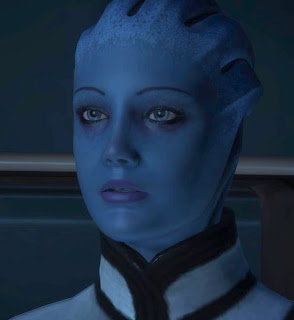 We've got Anime World Order's Daryl Surat with us this episode to talk about the science-fiction action-RPG series Mass Effect. In part a, we talk about the first Mass Effect game ("Mass Effect 1" for clarity), touching on the parts we both liked and didn't like in both the storytelling and the gameplay. While I mentioned that the episode would have a lot of spoilers, this first part is relatively spoiler-free in terms of plot twists. However, we do discuss the meta-game a bit, so if you'd rather not know that, listen at your own risk.

Show notes and links are after the break.

[00:15] Evan introduces Mitchy and Daryl before getting into the meat of the episode.

[02:47] Daryl and Evan provide some general opinions of Mass Effect 1. Also some discussion of the setting.

[11:17] Evan gets us into a discussion of the moral choices found frequently in the series.

[39:25] Just some info for people looking for the second half of the episode.