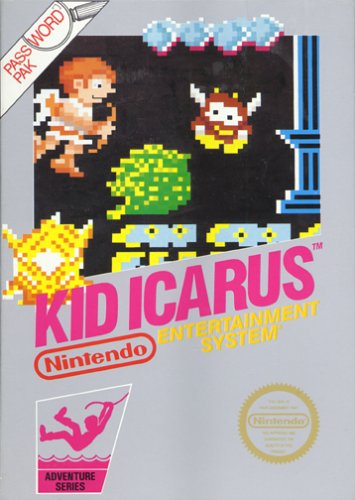 At E3, Nintendo revealed its new handheld, the 3DS; one of the titles announced for it was Kid Icarus: Uprising. There have been rumors of Nintendo reviving the Kid Icarus franchise for years now, but the prevailing one centered around a game by Level-5 for the Wii. Instead we got a game from internal Nintendo developers Project Sora that is very reminiscent of Sin and Punishment. This is a huge departure from the series' platformer roots.

The interesting thing about the original Kid Icarus is that it takes elements from Nintendo’s other franchises. The shooting system works much like Metroid, the shop system and upgrades feel similar to Zelda, and platforming is a major focus, like in Mario. OK, that last one was kind of a stretch, but the others are accurate. Despite this, it doesn’t really stand out like Nintendo’s other classic games from the NES era. It never had much staying power and just doesn’t hold up as well today; it really is just plain bad. I would say that this is mostly due to the difficulty, especially that of the game’s first world.

The first world is so hard because the levels scroll vertically, and when a platform scrolls out of sight, it’s gone. This can lead to death, because a platform just pixels away from the bottom of the screen is now gone. With the flying enemies going all around you, navigation becomes even more difficult. Thankfully, unlike Mega Man, you can shoot upwards in Kid Icarus, but some of the enemies are still surprisingly challenging to fight.

If you manage to get through the first three levels you get to the first castle level, which is at least different. (The castle levels are just mazes made up of one-screen rooms.) It’s a welcome reprieve from the difficulty of vertical scrolling, and, while still hard, is much more manageable. Starting in the second world, the levels are side-scrolling. These levels are much easier since it’s a lot harder to accidentally fall down an endless pit. I actually enjoyed the game a lot more once level 2-1 started, but it still never was much fun.

There are some other things to appreciate in the game though, such as the wacky enemies. The eggplant wizards are especially memorable, even if getting turned into an eggplant is very frustrating. The music and art style are quite good as well, and really add to the charm of the game. In fact, I’d have to say the charm is what I like most about Kid Icarus and is why I’m glad the series is coming back, even if I’m not exactly a fan of the original game.

The actual platforming and shooting works well enough, and I do like that it has a shop and upgrade systems, but the overall game never really clicked with me. I can’t recommend going out and playing it today — time has not been kind to it. As a matter of fact, I don’t think I could recommend it even if you enjoyed it back in the day either. Kid Icarus is not a good game; it’s unnecessarily hard and just gets really frustrating. If you’re still interested, it’s available on the Virtual Console for 500 points.

This review is based on the Virtual Console release for the Wii, purchased by the reviewer.