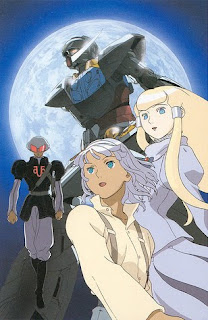 Bandai Entertainment acquires Turn A Gundam, Tales of the Abyss: At Comic-Con International, the North American anime distributor Bandai Entertainment announced it has acquired licenses for the Yoshiyuki Tomino-directed 20th Anniversary Gundam project Turn A Gundam (1999), as well as the 26-episode RPG adaptation Tales of the Abyss (2008). As excited as I am to see Turn A finally get a DVD release, it pretty much makes no sense for Bandai to bring over a decade-old installment in a franchise with a historically poor sales record in the US. [Source: ANN]

Vertical acquires Lychee Light Club: Vertical's panel at Comic-Con International featured the revelation of the company's newest manga license — Lychee Light Club (2005) by Usamaru Furuya. The series, which ran in seinen magazine Manga Erotics F, follows the story of a group of boys who create a machine to seek out beautiful women of the world, only to find that it has become sentient! The single-volume release is set to ship on April 29, 2011. [Source: ANN] 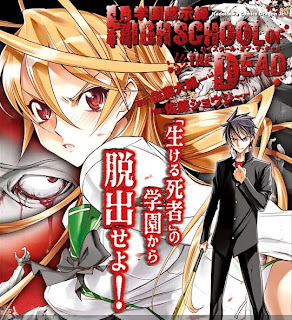 Yen Press licenses Highschool of the Dead, Betrayal Knows My Name, The Bride's Stories, and Higurashi – Demon Exposing Arc: Manga distributor Yen Press announced a number of new manga at Comic-Con, namely Highschool of the Dead by Daisuke Satō and Shoji Sato, Betrayal Knows My Name, a.k.a. UraBoku, by Hotaru Odagiri, The Bride's Stories by Kaoru Mori, and Higurashi: When They Cry Demon-Exposing Arc by En Kitou. [Source: ANN]

Manga scanlation aggregator OneManga shuts down: It would seem that the coalition of US and Japanese manga publishers who joined together last month to fight piracy has actually struck a chord with fan-run scanlation sites. OneManga, one of the largest aggregators of manga scanlations, has announced that they "have decided to abide by [the publishers'] wishes, and remove all manga content (regardless of licensing status) from the site." The announcement has sparked widespread rage from manga readers who have relied on the site for up-to-date (albeit illegal) translations of their favorite series. I'm personally glad to see the site go, as it aggregated many licensed manga series, but it will be a shame to lose a source of obscure, unlicensed manga. [Source: ANN]

Square Enix announces e-manga distribution service: In response to the previously mentioned fight against scanlations, Square Enix recently announced their plan to legally distribute manga online, which will — in theory — help alleviate the perceived drought of online manga caused by the shutdown of scanlation sites. The Japanese publisher's site already features free downloads of the first chapters of Fullmetal Alchemist, Soul Eater, Black Butler, and O-Parts Hunter, while it lists The Record of a Fallen Vampire, Pandora Hearts, Sumomomo Momomo, and Spiral: Bonds of Reasoning as "Coming Soon." Square Enix has made it clear that the paid subscription service may not feature all of those manga series when it launches in fall 2010. [Source: ANN]