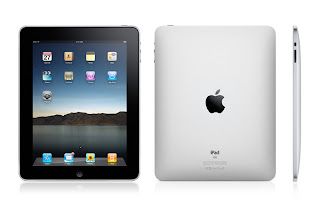 At the time of writing, the Apple iPad has only just come out in the UK and a smattering of other countries. Like the impressionable gadget nut I am, I bought one on release date, foolishly believing that all my existing iPhone applications and games would have up-scaled versions available to download right away. This was sadly not the case, and some of my favorite iPhone games look flat-out ugly on the larger screen. Being as impatient as you expect someone with a new £430 gadget would be, I decided to splash out on a few games on the App Store, further lining Apple's pockets. Here are some miniature reviews of the games I downloaded to assist anyone else who is interested in using their new touchscreen paperweight as a gaming platform.

After the break, check out reviews of Plants vs Zombies HD, Strategery, Words With Friends HD, and Geared HD. 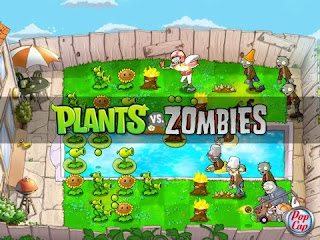 If you have already played the PC version of this PopCap-developed game, odds are you’ve already bought this version too.

Plants vs Zombies is a streamlined take on the "tower defense" genre, wherein you place aggressive plants in your back garden to fend off invading hordes of humorous zombies who are after your sweet, sweet brains. The game oozes charm, and looks even better on the iPad than it ever did on my PC, primarily because the graphics have been optimized for a single screen resolution rather than the innumerable screen resolutions of monitors. Another thing optimized for the iPad is the interaction; controlling everything directly through the touchscreen makes the game much easier and more pleasant to interact with than using a mouse. Like the original, PvZ has a perfectly tweaked learning curve that eases you into the many different gameplay facets that keep the experience fresh for level after level. The only problem is that once your opening strategy is perfected, the game can feel excruciatingly dull running through the same motions every time and you will find yourself wishing for a "speed up" button.

The game is priced at £7, and so can be said to be rather pricey, but considering the amount of hours you can sink into it and the high production values, I would say it is well worth a go. 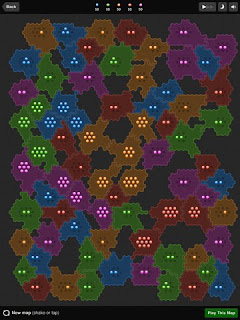 No, that name is not a typo, honest. Strategery is, as you may guess, a strategy game in the vein of the board game Risk. You invade regions with troops, conquer them, and then place more troops down in your captured regions in preparation of the enemy counterattack. The main draws of the game are its neat, clean art style and randomly generated maps. Every game map looks subtly different, and there are a few options available when starting that slightly alter the way the game plays

Strategery feels well made, moving along at a brisk pace you could never achieve with a physical war game, but this is where my praise ends. The strategy core of the game feels rough and unrefined, lacking any advanced planning potential due to the basic blocky maps it draws. With its current mechanics, every game boils down to making the biggest blob of a county possible and then throwing obscene numbers of troops with no fear of effective counterattack. This inevitability sucks a lot of fun out of repeated play, especially as there are few options available that would spice this up. Including continents or encouraging conservation of troops would go a long way to solving these issues.

Sadly I have been unable to test the online multiplayer as there is no matchmaking and I could not manage to con anyone into playing with me directly. Local multiplayer works fine, but the game boils down to the pattern described above.

While the game includes both an iPad and iPhone version together, I would suggest spending your time and money elsewhere. 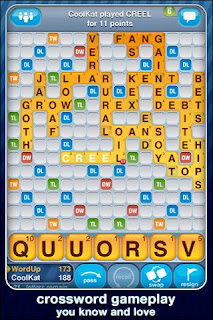 For those who have never heard of this before, Words With Friends is a competitive 2-player version of scrabble where you send moves back and forth between each other in a way reminiscent of play-by-email strategy games.

The game handles everything effortlessly, including in-game chat, a complete and accurate dictionary and very nice presentation throughout.

I heartily recommend it to anyone who enjoys word games but can’t get people to sit still long enough to play a tabletop version of Scrabble. If you fancy it, you can play against me; my username is "Elliotpage." 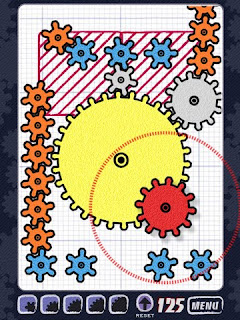 Geared is a wonderfully simple puzzle game wherein you use a set of gears to link a moving starter gear up to one or more target gears. More gameplay twists are added at welcome intervals to help keep things fresh, and the difficulty curve is exceptionally well tuned. The game has grown considerably since I first bought it on the iPhone and now sports 150 levels as well as a helpful level skip function for when you get really stuck. The graphics are clean and simple, allowing you to concentrate on the puzzle. It even has a very nice win chime once you complete a stage, an encouraging little extra when you have spent 5 minutes staring blankly at the screen.

Geared HD is cheap as hell and amazingly addictive. I can attest to its grabbing power as both my parents love playing it and getting my iPad back from them once they start playing is like drawing blood from a stone.


Let me know in the comments if any of you find these helpful, and perhaps I'll check out another batch of iPad games.