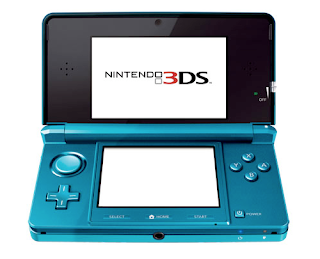 Phew, that was some press conference. After Microsoft's brutally awkward conference yesterday, a lot of us were left wondering if video games truly had all fell into the dreadful mediocrity of motion-control gimmicks. Boy, did Nintendo prove us wrong! (I know, who would've guessed THAT, right?)

Reggie Fils-Aime, president of the North American division of the game publisher and console manufacturer unveiled new title after new title in a rapid-fire series of announcements, surely sating the appetites of even the most hardcore Nintendo fanboys. First off, legendary designer Shigeru Miyamoto showed off the new Wii Zelda title, The Legend of Zelda: Skyward Sword. During an admittedly awkward demonstration (held up by so-called "interference" with the Wii's motion-sensing capabilities), Miyamoto gave us a glimpse into the new control scheme in which the sword is mapped to the Wiimote and the shield is mapped to the nunchuck and the graphical style, which marries the matured designs of Twilight Princess to the cel shading of The Wind Waker while presumably running on the Super Mario Galaxy graphics engine. At the very end of the presentation, Miyamoto tried his very best to gracefully tell the audience that Skyward Sword still needs a lot of work done, and will take until 2011 before it's finished.

But it wasn't long before Reggie launched into what we all expected from a Nintendo presentation casual games. However, much to my surprise, we only saw two new casual games: Mario Sports Mix (think Wii Sports with Mario) and Wii Party (think Mario Party with Miis). The former will hit shelves sometime in 2011, while Reggie promised that we'll see the latter this holiday season. Meanwhile, Ubisoft presented a trailer for Just Dance 2 on the Wii, which will hit this fall.

On the third party front, Nintendo didn't have very much to show off, though the titles themselves were certainly worth talking about. First is a remake (or maybe it's a sequel) of Goldeneye, the beloved Nintendo 64 first-person shooter that has stuck in many gamers' minds as a reminder of the golden days (har har) of Nintendo's consoles. After that was Disney's Epic Mickey, featuring a fascinating discussion of the importance of play style from designer Warren Specter. The game will feature choices between solving puzzles by creating or destroying the environment, which Specter hopes will provide a rich experience that is different for every player.

Meanwhile, Nintendo unveiled the subtitle, a new trailer, and a 2010 holiday season release date for their previously announced Golden Sun DS sequel, now entitled Golden Sun: Dark Dawn. Additionally, the Wii will see the release of Kirby's Epic Yarn, the first Kirby console game since the Gamecube's Kirby Air Ride (2003) and the first side-scrolling console Kirby game since Kirby 64: The Crystal Shards (2000) on yes my friends the Nintendo 64. Kirby's Epic Yarn, which sports an interesting new art style reminiscent of the Super Nintendo's Kirby's Dream Land 3 (1997), is already prepped for release this fall. We also got a trailer for the Team Ninja-developed Metroid: Other M, which will arrive on August 31.

Last but certainly not least, Nintendo president Satoru Iwata stepped on stage to present the Nintendo 3DS, a successor to the DS that features a touch screen on the bottom and a slightly larger 3-D screen on the top half (It displays 3-D WITHOUT glasses). The left side of the handheld has a "slide pad" that acts as an analog stick, the insides have a motion sensor and a gyro sensor, and the system can display more powerful graphics than the current DS models. Additionally, the front of the device features two cameras, allowing the 3DS to take 3-D photographs. On the software side of things, Iwata confirmed that the 3DS is capable of playing 3-D Hollywood movies, and Nintendo has already partnered with Disney, Warner Bros., and Dreamworks to provide that content. Finally, a slew of third-party developers, including CAPCOM, EA, Harmonix, Konami, Level-5, and Ubisoft, have signed on to create games for the system, and some of the confirmed games (first- and third-party) are listed below:

Overall, I was very impressed with Nintendo's press conference. While a lot of the technology (3DS, swordfighting with Wii MotionPlus) still seems a little wonky or hazy [[EDIT: and I was very disappointed in the continued lack of any new IPs]], their presentation was refreshing in how to-the-point it was. Nintendo made it clear much moreso than Microsoft did with their awful Kinect presentations that this was all about games, and whether you are interested in their titles or not, it's hard to deny that they put on a damn good show.