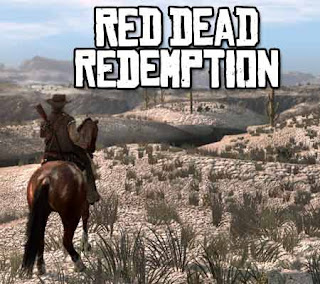 Show notes and links are, as usual, after the break.

[00:14] Evan (Minto) forgets to introduce himself, but remembers to introduce a very tired Mitchy and an excited Evan (Krell), also known as BakaTanuki.

[01:21] We begin talking about what we've been doing. Baka has been playing (and LOVING) Super Mario Galaxy 2.

[6:35] Evan is watching Mobile Suit Gundam ZZ ("Double Zeta"), which is surprisingly much better than Zeta.

[11:39] Mitchy simply will not stop talking about Read Dead Redemption for the Xbox 360. Baka also discusses his role-playing experience when he played The Legend of Zelda: Majora's Mask

[22:35] Baka has been reading Vermonia, volume 1: Quest for the Silver Tiger, which is about silly skateboarding teens in a fantasy world.

[31:18] Evan has been playing Spider-Man 2 for the original Xbox, which is actually pretty damn good, especially for a licensed movie game.

[38:11] Baka talks about the shmup Magical Chase for the GameBoy Color. We also discuss THE FUTURE of gaming: Bigger Pixels.

[42:44] Evan was (and still is) playing Super Street Fighter IV for the Xbox 360. What he didn't mention in the podcast is that he sucks at it. Like, really sucks.

[46:47] The show is over, so we talk about Insert-Disc, DownWriteFierce, and Ani-Gamers stuff. That's all folks!