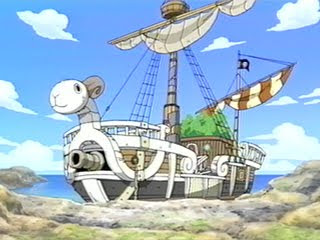 Aside from Vampt Vo’s consistent anti-moé diatribes, everyone here at Ani-Gamers usually tends to review anime they like. After all, sharing the good stuff and making sure it gets around via positive reviews is half the fun! But today is May 1, 2010, and as much as there is inherent value in helping people find new series or movies to admire, the Ani-Gamers staff cannot overlook our equally pressing duty to help our readers avoid the unnecessary wastes of time, effort, and money we have come across in our individual explorations.

There are several countries that designate the first day of May, known as May Day, as a holiday devoted to the celebration of spring or end of winter (as well as various other causes), but the phrase “Mayday” was created to act as an unmistakable distress call that could be readily understood by any person within earshot. As winter has finally abated and the sunshine beckons us away from our DVD players and video portals, let us offer forth on this AniMayday a few rants about specific anime we have encountered that made us cry out in distress and tap out an S.O.S. via the remote control's Stop button.

Evan: These writeups are a little bit lengthy, so we'll be releasing them throughout the weekend. Tonight we begin with Ink's own mini-review of Chu-Bra!! 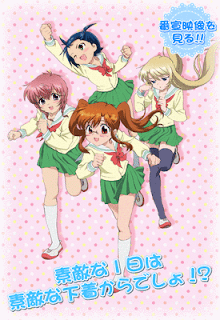 Rasputin believed that to be truly free from temptation, one must over-indulge in whatever sin it was that did the tempting. The notorious Mad Monk survived several attempts on his life, including stabbing, poison, firearms, more firearms, and clubbing, before he finally succumbed to exhaustion in icy waters and drowned. But whatever doesn’t kill you makes you stronger, right? I don’t know anymore.

Chu-Bra!!, which I had the horror to experience over its 12-episode run on Crunchyroll.com, is a pedophile’s dream-come-true: a moé-driven series, pushup-padded with undeveloped, developing, and overly developed middle-school girls who either have a lingerie fetish or are sucked into the world of feminine underwear study by proxy of bra-and-panty aficionado, Nayu Hayama. Every episode revolves around Hayama and friends discussing underwear’s fit, form, or function; flashing their own and others’ unmentionables; as well as groping each other in some misguided and rarely effective attempt at humor. Any semblance of an interesting notion of plot or character (and there is at least one via Kiyono Amahara) is immediately tossed aside for a boob joke.

The only possible redemption for this complete waste of time lies in the vein of a fan service-laden after-school special that shows female viewers of similar ages how certain aspects of bras can lend to ergonomic comfort. I say this is the only saving grace, because reading too much into the “dispelling social stigmas concerning underthings” line the pedos will feed you is just another excuse to get this series onto DVD and released so they can buy it over the Internet and have it shipped to their houses in discreet, plain brown packaging. Also, do we need to have Amahara, who views lingerie as a sensual weapon used for influencing men, actually SUCCEED by becoming an underwear model? What messages are this series sending to the young girls who watch it? So avoid Chu-Bra!! at all costs ... unless you’re a pedophile. In which case, this anime might just be the knife, cyanide, pistol, club, and icy dip you need to exorcise the panty demon from your moé-driven mind.