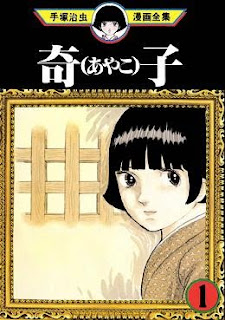 If you're addicted to the Twitter you might already know this, but Vertical, Inc. has got more Tezuka in the pipeline. Marketing Director Ed Chavez recently announced that the publisher, known for their growing catalog of classic manga by the likes of Osamu Tezuka and Keiko Takemiya, is in the process of licensing yet another manga by the "god of manga" himself, Osamu Tezuka (Astro Boy, Black Jack, Buddha). Mr. Chavez did not name the title, but he did post a tweet listing some of the details of the release, letting slip, "It's gonna be a whopper! 704 pages. Great female lead. Cover design by P Mendelsund!!" (Mendelsund designed the striking, if a little confusing, Black Jack covers.) The manga is also "tentatively" set for an October 19, 2010 release.

So, it seems that Mr. Chavez has given us enough clues to piece together the identity of our mystery series. I've got two possible guesses that have prominent female leads and page counts of approximately 700 when compiled. The first is Princess Knight, the famous shōjo manga that inspired later series such as Rose of Versailles and Revolutionary Girl Utena. The other guess is Ayako, a darker drama from later in Tezuka's life. Princess Knight is obviously more influential and well-recognized than Ayako, but it's an earlier Tezuka series that doesn't really fit in with the rest of Vertical's catalog. Ayako, on the other hand, is a dark, politically minded drama published around the same time as MW, one of Vertical's most popular Tezuka releases.

Thus, my prediction goes with Ayako, and we'll find out if that's right when Vertical officially announces the title next week. But for now, what about you guys? Any other predictions? Do you think Princess Knight has a better shot than Ayako? Sound off in the comments.