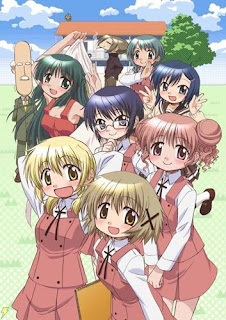 Last Wednesday I took part in a small eruption of discussion on Twitter about "moé," one that primarily revolved around @janaiblog and @DarylSurat's heated argument. Moé, for those of you unaware, is typically defined as an anime and manga aesthetic that includes cute girls, slice-of-life settings, and/or submissive female characters. (Let's not even get into the obvious generalities of that statement, and the varying opinions among fans in regards to that definition.)

The most interesting point that was brought up, in my opinion, was the idea of looking at moé not through art/entertainment criticism – as many of its supporters and detractors have tried to do – but through an economic lens. In other words, we can throw away questions such as "does moé make a story better/worse?" and "is it a valuable form of character development?" Instead, we can tackle the "debate" (quoted because it's really more of a nebulous conversation than any sort of defined, concrete debate) by examining moé's effects on the Japanese animation industry.

Now, what I'm putting forward here isn't exactly new. Matt Alt wrote a great post roughly a year ago on his blog, detailing what's wrong with the anime industry. According to his assessment, the industry is "dying" due to an endless cycle. No one is really sure if this started with the chicken or the egg, but pretty much it goes like this: Animators are paid slave wages while their jobs are exported to Korea, so naturally the only people who want to work in animation in Japan are the hardcore fans who love anime more than anything else. These people are already hardcore fans, so they are most comfortable creating shows for fellow otaku. However, in aiming for the super-niche audience, anime studios produce moé series that only appeal to people who are already fans. Since they aren't creating enough new fans, the fanbase shrinks and the profits go down. And look at that! When profits go down, they pay their animators less, and the cycle continues.

That is the big problem here. Forget about moé being bad storytelling or anything like that – it shrinks the market! And it's not like I'm trying to bring down other people's favorite shows here. For example, the hit series The Melancholy of Haruhi Suzumiya, a show that I enjoyed, is made by otaku for otaku, so it too is contributing to the problem. If you've ever tried to show Haruhi to a normal, sane human being, you have probably realized that all of the jokes it makes in reference to anime stereotypes don't work so well unless you're already a die-hard anime fan. News flash: not all Japanese people are fans of anime. In fact, some of them would probably react similarly to your own parents when seeing something as ridiculous as Haruhi. 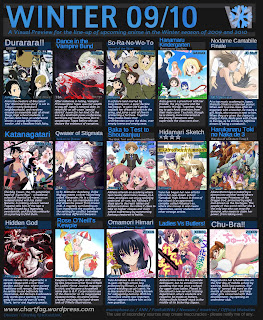 You want proof? Take a look at the top grossing films in Japan from 2004 to 2008. See any moé on the list? No, but you do see a lot of Studio Ghibli films (Howl's Moving Castle, Ponyo), shōnen series (Death Note, Detective Conan, Naruto, One Piece), and children's properties (Doraemon, Pokémon). In this Japanese DVD sales chart from the Anime News Network, only one moé show makes it into the top 30 DVDs sold in Japan (at #25), and there are only three moé shows on the entire list. Meanwhile, dozens of more mainstream anime properties like Pokémon, Bleach, Naruto, Ponyo, My Neighbor Totoro, and Space Battleship Yamato are scattered throughout the list. Despite this, more than half of the winter 2010 season is comprised of fan-pandering moé, and the remainder are mostly non-moé shows that are also aimed at niche audiences. There's a disconnect here between what's being produced and what's being consumed.

(For the record, I don't live in Japan and don't pretend to have an intimate knowledge of the ins and outs of the Japanese animation industry. If you've got a more compelling argument for why moé is good for the industry – as well as the facts and the credibility to back it up – I'd love to hear it!)