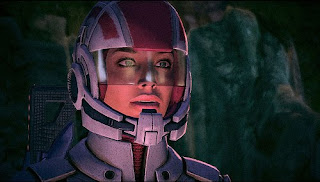 We're back, this time with a new format for our shows (and a new hosting service Podbean!). Instead of having What'cha Been Doing? segments before every discussion, we will be recording shorter podcasts dedicated to freeform discussion alongside episodes that only contain a review or a panel discussion. Thus, all of the episodes should clock in at 30-40 minutes, which should hopefully result in an acceleration of our release schedule. And don't you worry we'll still be doing our very best to get a variety of guest hosts on the podcast on a regular basis.

For this episode, I talk with Ani-Gamers staffers Mitchy and Elliot about what we've been watching, reading, and playing. The major discussions include Ode to Kirihito and Mass Effect (the original). By the way, I apologize for some of the weird sound problems (Mitchy's noisy recording and the occasional echoes). They should be fixed for next episode.

[33:35] Mitchy was playing Darksiders, until he got too annoyed to finish.

[46:05] We finish it off with the typical show outro. Make sure to visit DownWriteFierce and Luke and Elliot's Bearfighting Extravaganza and follow us on Twitter at AniGamers (the official Ani-Gamers account) VamptVo, MitchyD, and elliotpage.