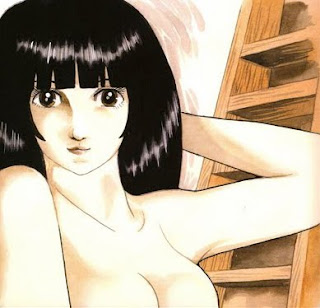 An Amazon listing that appeared this past Tuesday shows the Osamu Tezuka manga Ayako, apparently published by manga and Japanese prose publisher Vertical, Inc. The manga is a three-volume historical series by the "god of manga" that examines the breakdown of Japanese society in the post-war occupation. It was created around the same time as MW and Ode to Kirihito, two dark Tezuka tales that have sold quite well for Vertical.

Vertical's Marketing Director Ed Chavez also announced a new Tezuka title for the publisher at a recent "Vertical Vednesday" event in New York City, and while I attended the event, the name of the Tezuka manga is under embargo for the time being, and Mr. Chavez has refused to comment on the presumed Ayako leak. Please note that Ani-Gamers is not at the liberty of confirming if Ayako was announced at the event or if it was another title.

However, if Vertical is indeed looking into licensing Ayako, it is important to note that the book might never see the light of day in America because of this Amazon debacle. The title being listed on Amazon does not necessarily mean that licensing deals are complete, so a major hiccup such as this could break down any talks that might be going on between Vertical and Japanese licensor Shogakukan.

I predicted that Ayako would be Vertical's newest Tezuka license earlier this week, and this listing certainly lends some validity to my prediction. Mr. Chavez also hinted at a few new licenses during yesterday's Vednesday event, which I have already begun mulling over. I'll be sure to write up a post if I come up with a prediction for those.