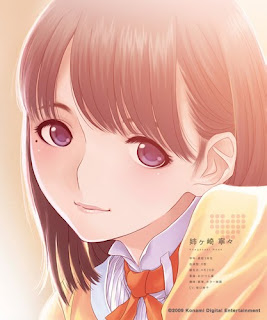 The phrase "If you like it so much, why don't you marry it?" has never been more terrifyingly applicable. Recently a Japanese man traveled to a Guam church where he was able to – somehow – marry Nene Anegasaki, who is not a pretty young girl who he met at a bar, but instead a pretty young cartoon character who he met in Nintendo DS dating sim game Love Plus.

The newlyweds held a reception today to show slides of their wedding and (dialogue-tree-filled) courtship, which you can now view on Japanese video site Nico Nico Douga (EDIT: You'll need to log in to watch it – thanks to Yumeka for the link). You can also promptly slam your head into a pillow and cry for the state of humanity.

A few years back, some Japanese guys tried to put together a petition to convince the Japanese government to allow them to marry cartoon characters. Luckily their weak petition fell through, but now it seems like the author of the online message (who claimed that he would marry Mikuru Asahina if given the chance) finally has a ray of hope in the dark void that is his life. He can find consolation in knowing that another otaku has found happiness with his own virtual girlfriend, as he sits in his cramped apartment, crying himself to sleep because he will never have a meaningful interaction with a fellow human being in his entire life. (Some folks in the comments section of the Tiny Cartridge post might strongly disagree as they hug their body pillows and complain about the "tyranny of women")

The best part of the whole thing is that this is a character who thousands of other otaku have probably fallen in love with. Now that one guy has married her, is she off-limits to everybody else? Oooh, brutal! Maybe you guys will have to start widening your horizons a bit. Think outside the box if you know what I mean.