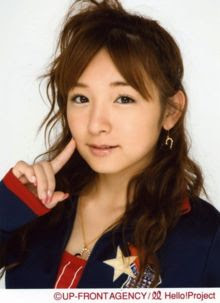 OK, so this one's a little odd, but the story stuck out to me since it (literally) hits so close to home. Japanese singer Ai Kago (former member of Morning Musume, Hello! Project, and W) recently attended a performance from Japanese rock group ZAMZA at Webster Hall in New York City (EDIT: It turns out that Ai decided instead to attend and perform at the open mic at Lucky Jack's), and she will appear Sunday, November 22 (that's tomorrow) at the Mitsuwa Marketplace in Fort Lee, New Jersey – a mere half-hour from where I live! There the singer and author will give a press conference and "say hello to her fans."

I'm away at college right now (and I'm not big into J-pop), so there's no way I'm getting down there for the press conference on Sunday. Still, let us know if you're planning on going!

[via Jive Ninjas. Thanks, Patrick Macias!]