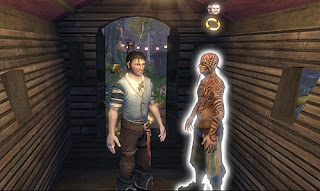 Well, how's this for a slightly unexpected gaming story? In 2006, a survey by Jason Rockwood famously attempted to find the "invisible minority" in gaming culture – homosexual gamers. Now Paul Nowak of Full Sail University has started his own survey, called "The New Gaymer Survey" (his words, not mine), which goes into far more detail about the attitudes and preferences of both straight and gay gamers in regards to a variety of different issues. Nowak says that his survey "is absolutely inclusive of all game players, regardless of sexual orientation or gender identity," and he hopes to use the information he gathers to "help the industry...[reach] out to gay gamers."

What interested me most about the survey was that many of the questions don't even mention homosexuality, instead focusing on general preferences for certain types of gameplay experiences. It seems like the survey could prove a very interesting way of gauging the differences in gaming values (if any) between gay and straight gamers.