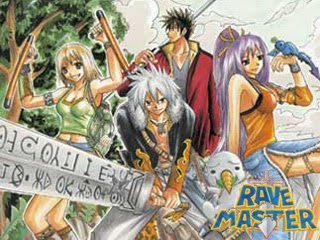 My first industry panel of the weekend was Del Rey manga, who always manage to bring a barrel of laughs with them wherever they go. (Not a literal barrel, though I wouldn't put that past them.) The wonderful Ali Kokmen (no bowtie?!), Trisha Narwani, and Mutsumi Miyazaki were up on "the dias" (Ali's words, not mine!) to announce their newest licenses, though their faulty Powerpoint was replaced for the first half of the panel with a guaranteed-not-photoshopped picture of Star Trek star Chris Pine posing next to Del Rey staffer April. I'll cut straight to the chase with a nice bullet point list for all you people who hate paragraphs:

After the new licenses, Ali launched into a discussion of Del Rey's current catalog, which includes X-Men Misfits (they're "very pleased" that it broke into the NYT Bestselling Graphic Novels list), Jason Thompson's King of RPGs (set for a January 2010 release), the final volumes of Samurai Deeper Kyo, which was previously dropped by Tokyopop, and Codebreakers, also by Samurai Deeper Kyo creator Akimine Kamijyo. After that, the folks at Del Rey launched into a Question & Answer session, though it didn't yield very much in the way of news other than Ali's roundabout admission that Del Rey currently has no plans to rerelease the older volumes of Samurai Deeper Kyo, though they will be "monitoring the situation" as time goes on.

And it's not a Del Rey panel without tons of fashion conversations and non-sequitur industry remarks, so Ali managed to slip in his reason for wearing a necktie instead of a bowtie (you've gotta stay unpredictable!), as well as his insinuation that a manga publisher that doesn't give you a free Moyashimon face mask (i.e. everybody but Del Rey) actually might WANT you to get swine flu. Oh yeah, and Dallas Middaugh of Del Rey would totally beat Kurt Hassler of Yen Press in an arm wrestling match.

Do I smell a challenge, good sirs?