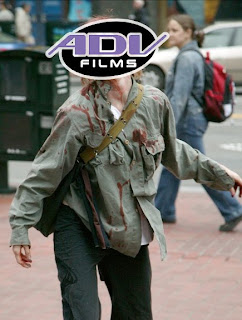 It is a sad day for the anime industry. We have watched far too many companies go out of business in the past two years, and last week, another was officially added to the list of the deceased. A.D. Vision (parent company of ADV Films) has joined the ranks of Geneon and Central Park Media as it has dissolved its entire organization, splitting its assets and most of its employees between a network of companies, many of which are owned by former ADV VP of Business and Legal Affairs Griffin Vance.

Some significant translation of the PR-speak in ADV's September 1 press release reveals that "selected programming from ADV's film library" has been transferred to an "AEsir Holdings, LLC," though it is currently unclear which anime titles are now owned by Aesir. (Evangelion and CLANNAD are a few titles we're curious about.) However, the "account servicing" and distribution (i.e. the stuff consumers care about) for these Aesir titles will be handled by a separate home video distribution company called SXION 23, LLC (Section23 Films). The Anime Network, ADV's anime television channel subsidary, has been acquired by Valkyrie Media Partners, LLC, while ADV's dub and DVD production unit, Amusement Park Media, has been acquired by Seraphim Studios, LLC.

So, looking beyond the simple doom-and-gloom predictions that this news provokes in the minds of most anime industry pundits, let's consider what this actually means for consumers and the industry as a whole. The most pressing concern that comes along with this split that ADV has performed is not that the company is out of business (they've been struggling for a long time), or that there are a bunch of people in the industry who are out of work (many employees from ADV have been hired back by the companies that now own ADV's respective parts). The real concern is that, even though ADV is technically out of business, the company is STILL NOT GONE. Rather than selling their assets to anime companies that are nearly guaranteed to distribute them to the masses, they have sold them off to a company that, as far as I can tell, has never worked in the anime industry before. What's left over in this deal is a "zombie" ADV, split into various parts but refusing to die.

Luckily, it looks like Section23 is off on the right foot, with fall releases already planned for Blue Drop, Polyphonica, Special A, Tears to Tiara, and You're Under Arrest Season 2. With ADV's significantly shrunken catalog, I'm happy to see that Section23 has been left with something to release while Aesir (hopefully) works on acquiring new licenses from Japan.

But Section23, Aesir, and the other pieces of this puzzle still face some looming, long-term problems: namely that the split between licensing and distribution that has occurred thanks to the nature of ADV's breakdown is the kind of thing that is bound to backfire years down the line if anything ever comes up between Aesir (licensing) and Section23 (distribution). The last thing we want is Evangelion or some other big former ADV show to be caught in a licensing black hole for the next couple of decades.

Now I definitely don't mean to discourage the efforts of Section23, who could turn out to be a great anime distribution company – to be honest, I wish them nothing but the best! I only fear that their existence represents not a new force in the anime industry, but a headless ADV zombie, an entity that exists only as a last-ditch effort to save what is left of a broken company. As this zombie lumbers on, we can only hope that all of the pieces of what was once A.D. Vision can work together to bring themselves back from the brink. We cannot afford the cost of them slowly decomposing as ADV did, holding onto stagnant licenses and sapping the optimism from a market already steeped with pessimism.