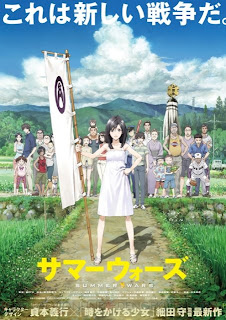 The prolific Japanese anime studio Madhouse held a panel at Otakon 2009 to promote their titles in the United States. The panel primarily consisted of previews of upcoming movies/series that had been announced at previous conventions.

The first to be presented was Rideback, which concentrated on “a cute girl” and a mech. The mech, in this case, was a motorcycle with stabilizing arms, which turned into a mobile suit whenever the LED display read “spread legs.” Yeah. When asked why the studio was involved with a story involving mechs and cute girls when the studio usually favours neither of the two, the panel responded that they didn’t really mind the cute girl and that the mech issue was generally one of work, and since the work for the mech aspect was farmed out to a 3D CGI department, they didn’t mind that either.

The second preview was for the second season of Hajime no Ippo, or The Fighting Spirit, which will be under the supervision of a new director since the original director is involved in a movie for the same property.

Up next was The Heavenly Road (working title), which focuses on Chinese warlord stories and populates them with “beautiful young men” (since that is the trend).

Along with season 2 of Chi's Sweet Home, which was resurrected due to popular demand (according to the company), Madhouse previewed a movie called Summer Wars. Stunning just from the preview, Summer Wars turns out to be from Mamoru Hosoda, the director of The Girl Who Leapt Through Time, and it features most of the same primary staff. It focuses on a rather large family (80) and took 3 years to make. It was visually entrancing, and, given the director, I’m sure the story will be just as compelling as the animation.

Yona Yona Penguin, a collaboration between Madhouse and a French studio, is a 3D movie that evokes an Alice In Wonderland effect. The main character, a young girl in a penguin suit, aids forest nymphs (fairies) in an attempt to help a fallen angel (literally) get back to heaven.

Another movie, Mai-mai Shinko, deals with two kids living the country life of the ancient cultures of Japan. Although the panelists ensured it would be heartwarming, they also divulged that the director was none other than Sunao Katabuchi of Black Lagoon.

On an action note, the movie Redline, directed by Takeshi Koike (the same man who directed “World Record” for The Animatrix), offers its viewers the stark landscapes and machine-oriented but human-driven settings/action reminiscent of Dead Leaves. Nothing more was said of the project (other than what the preview itself showed), but it looked to be highly stylized and adrenaline-packed.

Lastly was a fan favorite (based on the surrounding hoots and hollers) originally revealed at Anime Expo: The Trigun movie. Judging from the preview, fans can expect more of the same from a movie that introduces a new villain and pits Vash against an old friend.

After the previews, it was onto Q&A with the panelists. Among Madhouse’s deep, dark secrets was that there can be found many dead (sleeping) bodies at the studio during production; that Satoshi Kon’s new project, Dreaming Machine is still in the storyboard/key animation stages; and that two new TV series with separately feature “a cute girl” and “a boy in a tough environment.”