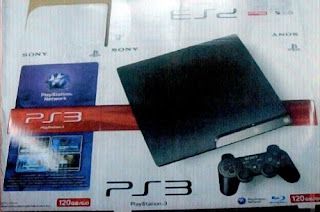 The world of video games goes haywire around E3, and this year is no different. As such, Sony is trying to keep a tight lid on any rumors coming out about their video game platforms and games, including the big-time speculation over a possible redesign of their ailing PS3 platform. However, Sony told CVG yesterday that "We currently don't have any plans for a redesigned PS3." The outlet was quick to take Sony's word and dismiss the idea of a redesign coming so early in the console's life cycle (released in 2006 after all), but 1UP has got a rumor that puts Sony's quote into question.

According to a Chinese message board, the picture to the right is the official box for the newly branded "PS3" (no longer the full "Playstation 3"), which would seem to sport a new, slimmer redesign. The source claims that the images come from a Chinese factory, and they look real enough. Even so, don't be fooled by a realistic fake, since Sony will be sure to confirm this near-finished design at E3 if it really is happening.

Check out the rest of the allegedly leaked factory images after the break, but – as always – bring along your ten-ton grain of salt. 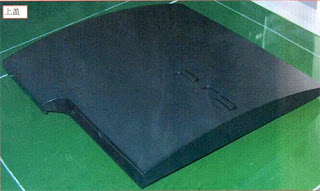 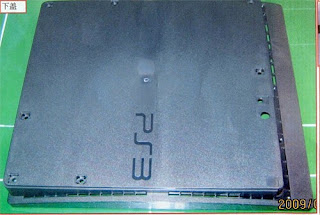