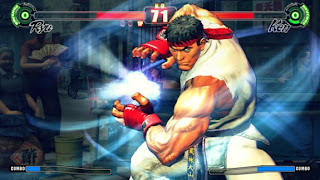 As promised, this episode features a special guest appearance from anime/game voice actor and podcaster Kyle Hebert (of The Big Bald Broadcast), as he joins Evan to discuss the always fun and often frustrating Street Fighter IV, a game which Kyle starred in as Ryu.

I fully recognize that our release schedule is totally screwed up, and I am currently looking at a better way to deal with that. A monthly or once-every-two-weeks schedule might be in our future, though the latter might result in slightly shorter episodes. If you've got a preference for the release schedule and/or show format of future episodes, do let us know by emailing us.

[0:00:20] Kyle's on the show with us, and he introduces his voice acting career to those who are unfamiliar. Then Evan touches on the Schoolgirl Milky Crisis contest winners.

[0:02:36] What'cha Been Doing? Evan has been reading the 1949 Osamu Tezuka manga Metropolis (it's not from the 1950s, as he mistakenly claims in the episode) and watching the 2001 anime film based on the same. Kyle has been watching Death Note and playing some Left 4 Dead and Halo 3.

[0:11:50] Discussion: Kyle and Evan talk about what they love (and hate) about Street Fighter IV. They don't just talk about the game itself, but Kyle's role in voicing Ryu as well. Highlights of this segment include: slide kicks, the terrible secrets of voice acting, and SETH IS A BITCH.