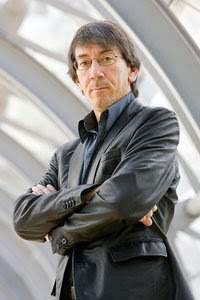 Over ten years ago, Electronic Arts bought out developer Maxis, and with that acquisition, brought into their ranks a man who is often cited as the biggest genius working in game development today: Will Wright. After working with EA for years to bring out triple-A franchises such as The Sims and Spore, Wright announced yesterday that he will no longer be working with the massive publisher.

In a press release, Wright also announced his new job, which is already set and ready to go as of yesterday's surprise announcement. In his new position, Wright will be working full-time at the Stupid Fun Club (which has the, well, stupidest name ever), a think tank organization that he founded in 2001 as a joint project with EA. Through the Club, Wright will work on some pet interests – notably robots – and "create new forms of entertainment on a variety of platforms." Whether that means that the Club will be making games is currently unconfirmed, though Maxis general manager Lucy Bradshaw wouldn't rule out Wright's involvement in game development through the organization.

On that front, Electronic Arts, which shares ownership of the Stupid Fun Club about equally with Wright, has signed an agreement that gives them exclusive access to publishing rights on any games that might potentially come out of the Club. When speaking to MTV Multiplayer, Bradshaw was somewhat vague on the specifics of the agreement, however, explaining that EA gets the first look at all Stupid Fun Club games, but that the agreement would break down if "[Wright] was not the primary owner there." It sounds to me like EA could decide not to publish a game from the Club, and another publisher, say Activision, could pick it up from there, but Bradshaw seems to suggest that such a possibility wouldn't arise. Regardless, it's hard to think that EA would give up the lucrative chance to publish any of Wrights ideas – however stupid they may be.