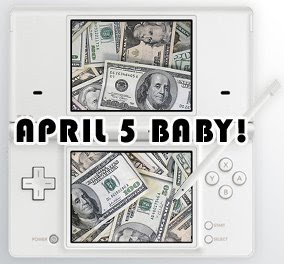 So, I've been a little absent lately, mostly due to some personal stuff mixed with the phenomenal task of organizing and writing up the piles of stuff that I still have left over from Comic Con. (Note to self: don't take on so many articles that your coverage will only be complete a full month after the convention.) Since I haven't been up on my normal (i.e. non-Comic Con-related) news in the past few weeks, I've compiled all of the big articles that you might have missed into this post.

First off, FUNimation picked up a bunch of new licenses back in the middle of the month. Their new titles include Bamboo Blade, El Cazador De La Bruja, My Bride Is A Mermaid, Rin ~ Daughters of Mnemosyne, and three Gonzo shows: Blassreiter, the infamous Dragonaut, and the quite well-received Tower of Druaga. (Read Uncle Yo's reviews of Druaga and Mnemosyne for more info on the shows!) It's interesting that FUNi is continuing to license Gonzo shows left and right despite Gonzo essentially spitting in the face of American distributors by pushing out Druaga and Blassreiter directly through CrunchyRoll. Apparently FUNi thinks that Gonzo giving free promotion for a show is at least a little better than Johnny McFansubber doing it.

Speaking of CrunchyRoll, the website announced a couple of days ago that in celebration of "Global Shinkai Day," they will be streaming three of director Makoto Shinkai's works (5 Centimeters Per Second, Voices of a Distant Star, and The Place Promised In Our Early Days) on Saturday, February 28 for 24 hours only. I've yet to experience Shinkai's critically-acclaimed anime, so I'll definitely be taking advantage of that limited time offer come Saturday to watch 5 Centimeters Per Second, a movie that is unfortunately stuck in limbo, as no North American anime distributor has officially picked it up yet.

Best Buy is cutting down on their in-store anime selection due to the economic situation, but it's not all bad news for anime fans. Select stores will be holding 50% off sales, which will make that Haruhi boxset that you haven't bought yet seem so. much. jucier. ANN has a preliminary list of participating stores, but it's still subject to change.

For those of you who watched the Oscars, you might have noticed that when La Maison En Petits Cubes won the award for Best Animated Short Film, it was not a French animator who stood up to take the award. That's because despite it's extremely French name, Cubes is actually an anime, created by Japanese director and writer Kunio Kato. This marks the second Oscar win for an anime, and the first in the Animated Short Film Category. (Studio Ghibli's Spirited Away won for Best Animated Picture in 2003.)

Finally, on the video game front, Nintendo has announced a release date for the DSi, the third redesign of the bestselling DS platform. The system will launch in the United States on April 5, 2009 in two colors (blue and black) and for an MSRP of $169.99. It will sell millions and will top the NPD charts for months on end, despite the fact that it provides no significant gameplay upgrades to the DS Lite. Such is life in this Nintendo-world of ours...