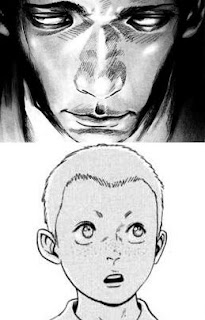 
2009 is finally here, so we're naturally taking a look back at our favorite anime, manga, and video game titles of the past year. The first half of episode #011 (this show) goes in the following order: In Mitchy's segment, he and Evan talk about Mitchy's favorite game, C&C: Red Alert 3. Then the duo moves on to the 2008 manga Evan is currently geeking out over, Me and the Devil Blues. Finally, Karl does a solo recording about The Tower of Druaga: The Aegis of Uruk.

Remember to email us (podcast@anigamers.com) with comments on this episode!

[0:00:15] Evan's wishing everybody a Happy New Year and explaining the convoluted recording plans that ended us up with two different episodes with a different set of hosts.

[0:01:14] Mitchy is ready to rant and rave about Command & Conquer: Red Alert 3 (developed by EA Los Angeles), but first he adds a follow-up to our original Mirror's Edge discussion in episode #009. I cut out some of the ME conversation, since we got quite off-topic. Topics for this segment include psychic schoolgirls, tripedal lightsaber-wielding robots, and bearatroopers. Also, Golgo 13.

[0:10:48] Evan tries his hand at explaining Me and the Devil Blues (by Akira Hiramoto). Basically, Japan finally made something with black people in it that isn't unintentionally racist. Topics for this segment include ten-fingered hands, bug-eyed white kids, and Golgo 13 again.

[0:23:20] Karl goes this one alone, but he still manages to talk up a storm about The Tower of Druaga: The Aegis of Uruk. RPG cliches and D&D references abound in this mini-review. Topics for this segment include D20s, the Delicious Happy Fluffy Pink Cupcake of Redundant Happiness, and COOPA.

Links:
Reverse Thieves
Review: The Tower of Druaga - The Aegis of Uruk (Sub)