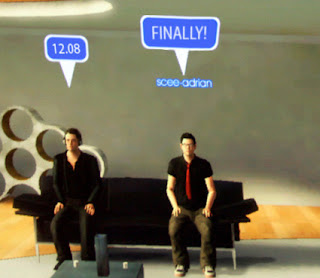 As hard as it might be to believe, Sony Computer Entertainment of America's Playstation Home director Jack Buser confirmed today that the open beta stage of Sony's Sims-esque social interface - Home - would be launching on the Playstation 3 this month. Nope, he didn't say "this month, next year" (i.e. December 09), he actually confirmed that Home is on its way by the end of the 2008 calendar year. Disgruntled Playstation 3 owners (or soon-to-be-owners come the holidays) will undoubtedly be delighted to finally be able to try out the feature after over a year of delays and broken promises from Sony.

While there is definitely a lot to celebrate about for Playstation 3 players, it's still rather troubling that the open beta stage is the furthest that Sony has gotten so far. Home was originally announced in March of 2007 with a rough launch date of October 2007. It has been over a year, and the OPEN BETA (not the final version) is just reaching us right now. If anything, the development time was likely lengthened both to improve Sony's lacking online infrastructure and to combat Microsoft's Xbox Live updates in the New Xbox Experience. Sony will certainly need to do something to quell Microsoft's sizeable grip on online gaming.

Perhaps Home will be just the weapon to defeat the Xbox Army, but count this blogger among the skeptics.