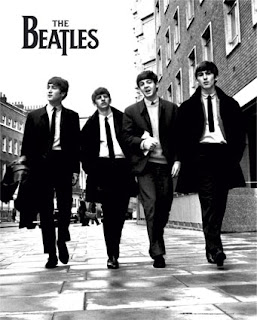 On October 30th, MTV Games made quite an historic announcement, and this time, it's not about a Rock Band game. No, this time they have announced their first non-Rock Band title, an untitled rhythm game project featuring none other than the most important name in rock and roll: The Beatles.

According to Joystiq's coverage of the conference call, here are the details:

If there is anything I could have wanted from a Rock Band game (let's face it, that's what it is), it was The Beatles, who have never appeared in a Guitar Hero or Rock Band game due to licensing negotiations. Also, before anybody asks why Steve Jobs would be involved with The Beatles, Apple Corp. is the company that owns the rights to all of The Beatles' music, and it is, in fact, very different from Apple, Inc. of computer-building and iPod-selling fame. Check back here at Ani-Gamers for ongoing coverage of this upcoming Beatles game.