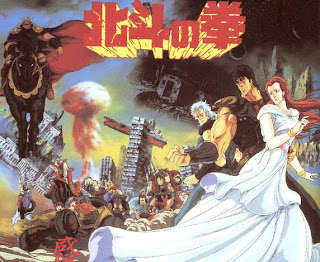 Earlier this week, Japanese animation giant Toei Animation announced that they would be bringing some of their titles to the infamous CrunchyRoll video sharing service. The titles currently being uploaded to CrunchyRoll's free service are Digimon Adventure 02, Fist of the North Star, Pretty Cure, and Slam Dunk. All four are subtitled. A similar scheme was employed by Gonzo earlier this year as they made themselves the first anime studio to bring their shows over from Japan quickly and without going through an American distributor.

I still hear varied complaints from the more "legitimate" quarters of anime fandom about CrunchyRoll and their continued ad revenue from uploaded fansubs. Nevertheless, I stand firm in my opinion that regardless of CrunchyRoll having an unfair business model, this is a step in the right direction for actually combating the quick releases and availability of fansubs. What do you guys think of this big development?