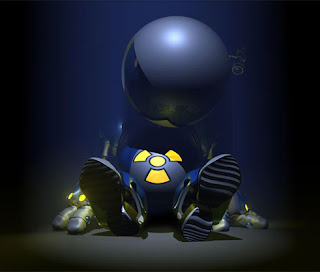 I'm sure that I'm not alone in saying that I awaited those words every weekday of my young life. It meant something to all of us. It meant that in the next few sweet, sweet hours of after school television, we would be witness to something special. Maybe we didn't know that we were watching Japanese cartoons. Maybe we did. Either way, everybody understood that we were watching something more than the Loony Tunes.

People nowadays talk about the "Adult Swim revolution." Sure, Fullmetal Alchemist might have changed the anime map a little. Yeah, a lot of crazy kids are staying up late to watch Death Note and Code Geass. Still, nobody will ever doubt that Toonami, Cartoon Network's anime-centric programming block of eleven and a half years, was one of the most powerful forces (if not the most powerful force) in bringing American anime fandom into the limelight. Now that TOM has finally said goodbye, I think that it's time we as anime fans looked over how Toonami changed our cartoon-watching lives. 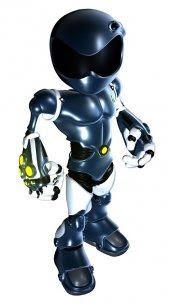 I honestly don't remember the first time I saw Toonami. My first anime was Pokemon, being shown on KidsWB if I'm not mistaken. When I found out about Toonami, I still didn't know what this "anime" thingy was; all I knew was that Dragonball Z was the most awesome thing my young eyes had ever chanced upon. Every day I would rush home after school to see a new episode, and sometimes I would check out a different show before dinner. Maybe it was Outlaw Star, or Rurouni Kenshin, or Gundam Wing. Modern anime fans might say that these were lame, cheesy shows, but when we watched them, that's not what we were thinking about. Whether we were young fourth graders or bored high school students, we all wanted to catch that new, "edgy" cartoon show on Toonami.

Naturally, hearing about the "fall of Toonami" was a little heartbreaking. We all knew that the block was essentially gone ever since it started losing its anime programming and went with a new aesthetic inconsistent with its previous styles, but having it cut out on us like it did was pretty emotionally stunning. The day after the final broadcast, I literally spent hours looking up the old videos from the block's heyday. Looking back on those old promos and ads, a more grown-up mind can see why we all loved Toonami. It was really really cool.

The bit of attitude that Tom had, the stylish mechanical designs, the great voice acting. All of these things were the sorts of things that we growing anime fans understood as "cool." After all, we were into these crazy Japanese cartoons because we found in them things that we couldn't find in American ones: characters who weren't all good or all evil, inspired designs and ideas, and great production values. (The same things that Toonami featured!) Toonami didn't just show us anime series - it did its very best to become one.


Let's not forget the dedication of the people who worked on this block. Unlike the execs at Adult Swim, who seem to have their hearts bent on showing less anime, the men and women who brought us Toonami had a love for what they were doing. You can just see it in the way anime was presented on the block, and in the sheer number of series that got airtime. There was a dedication there that we as young fans probably didn't notice. We all saw the montage video "Mad Rhetoric," using scenes from various action anime, but never did we give thought to the fact that some Toonami guys must have sat down and worked their butts off on that video, merely for the sake of giving us something cool to watch.

I was surprised to hear from Steve Blum (voice of TOM) in Ani-Gamers Podcast Episode #006 that he and some other people actually teared up a little when they recorded TOM's final lines. You don't cry about a fictional character unless you've got some serious dedication to your work! 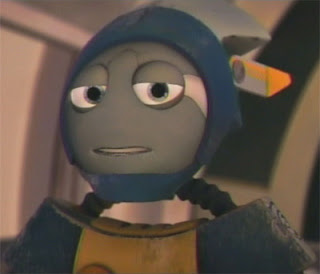 So, I invite everyone to sit down and think about what Toonami meant to you. Better yet, go to Toonami Arsenal, a fantastic site that hosts old Toonami videos, and relive your past anime experiences. Remember, friends: anime is a growing medium here in America. Just as we have passed out of the age of VHS fansub trading, I believe that we may have now passed out of the age of anime on television. Those of you who rushed home with me to watch Dragonball Z, look back upon Toonami not just as a simple programming block on Cartoon Network, but as the important historical and emotional landmark that it was. And of course, remember the final words of our after-school buddy TOM as he soared off screen: