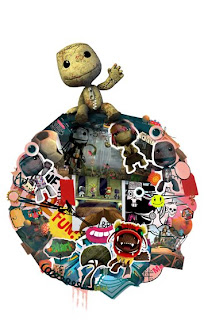 LittleBigPlanet is facing a LittleBigProblem as Muslim gamers have indicated their offense due to its use of a song that references a quote from the Qur'an, the holy book of Islam. In response, SCEE has decided to initiate a worldwide delay on the game, holding back its American release date as well. SCEA has confirmed that the game will be releasing the "week of October 27," presumably meaning that it will release on October 27.

The European release date has not been confirmed, though it's safe to assume that it will also be pushed back a week from its original date. Media Molecule claims to have a patch ready to fix the problem, but Sony opted instead to replace all of the discs.

Patrick Seybold of SCEA explains in his blog entry:

"During the review process prior to the release of LittleBigPlanet, it has been brought to our attention that one of the background music tracks licensed from a record label for use in the game contains two expressions that can be found in the Qur’an. We have taken immediate action to rectify this and we sincerely apologize for any offense that this may have caused."

The song in question is the 2006 "Tapha Niang," from the album Boulevard de l'Independance by Toumani Diabaté, a Grammy-award-winning Malian musician and - get this - devout Muslim. Yes, I know it sounds absolutely absurd that there would be a problem with the song. After all, if it wasn't controversial enough to make a stir at the Grammy's, why is it such a big deal now? However, in his forum thread regarding the complaint, the Muslim gamer in question briefly explains that Muslims are offended by their holy words being used in any sort of music or song, putting Toumani's song, however well-intended, right in the crosshairs of this kind of complaint.

I really feel like Media Molecule's approach to the problem (a patch) would have worked much better than SCEE's, which seems like a blatant effort to save face and not seem like heartless capitalists. One of the greatest ironies of all is that the forum thread linked above actually has the Muslim gamer in question suggesting Media Molecule issue a patch. Maybe I'm crazy, but if your developer and the PERSON WHO IS COMPLAINING both suggest you do the same thing, perhaps you should follow that advice. Food for thought, Sony.

[via Joystiq and Playstation.Blog]